Andy is an 1 year old male Cane Corso cross Labrador. He was rescued in Cyprus and adopted in April 2021, but sadly his adopters have made the difficult decision to seek a new home for him as it has become apparent that their lifestyle is not suitable for him. Andy is an inherently nervous natured boy and he would be better suited to a home with a calm, relaxed and predictable routine. Although at a glance, Andy look quite Lab-esque, we think he’s more likely a mix of bull breed (Cane Corso/Boxer), Beagle and Labrador. 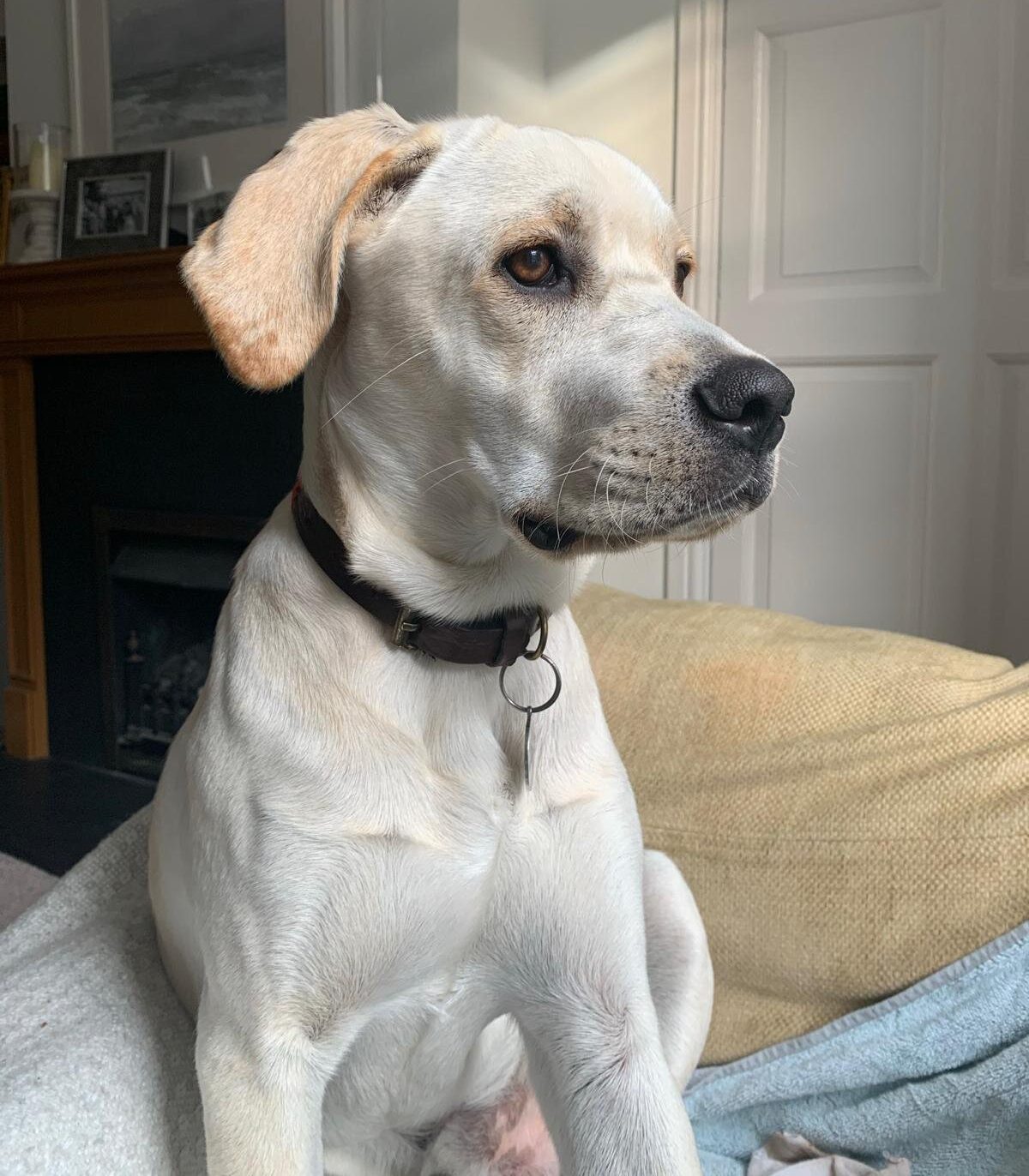 Andy is an energetic adolescent dog and needs an active lifestyle with a garden to play in. He loves to swim, run through open fields and explore the countryside nose first. He enjoys his time spent outdoors and loves to sniff throughout his walks which keeps him mentally engaged as well as the walk providing physical stimulation. Andy also likes to learn and is very food motivated, so we’re looking for a family who are keen to continue his training. This will also aid the bonding process with his new adopters. 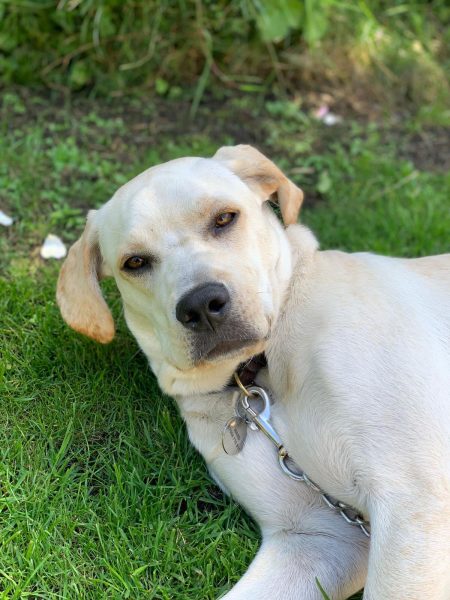 There are a few things that make Andy particularly nervous, including children, erratic movement, busy spaces and traffic. The unpredictability of children’s movements are too much for Andy and he is looking for a home with adults only. He also needs his own space in the household, where he can be left to relax if he gets overexcited, especially when there are visitors. Without a space to call his own and calm down in Andy becomes unnerved and reactive, so this is really important. Andy is also completely crate trained and knows that his crate is where he goes to calm down, and although he might initially make a fuss he does then settle. 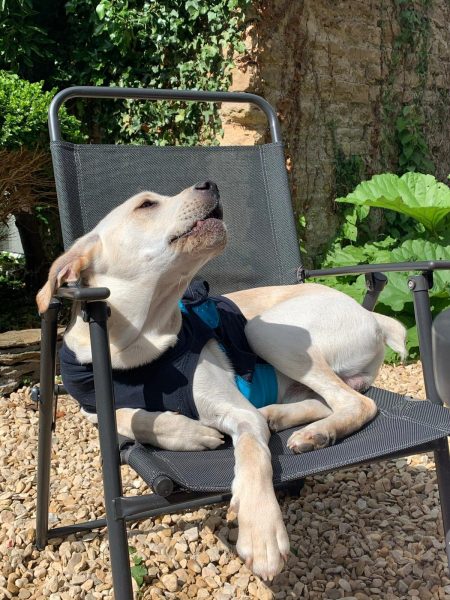 Andy enjoys meeting new people but has the capacity to get over-excited at times and with him being quite a strong dog this could be overwhelming. He is also, on the whole, really good with other dogs. He is a boisterous player like many adolescent pups are but engages well with other dogs when he’s off the lead. On the lead however he doesn’t like new dogs to approach him. On pack walks with other dogs he knows he’s done very well, so it’s important he’s introduced to new dogs he will spend time with. He could also live with another dog in a confident, experienced home but it should be noted that on occasion he does show some signs of resource guarding. 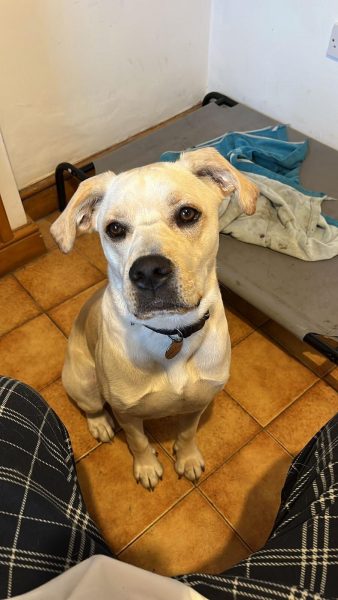 Andy will take time to trust new people but his present home describe his connection as ‘a magic bond’ once he feels comfortable around you. He’s known no shortage of love since being in the UK and has had a great introduction to a companion lifestyle. At his core he is an affectionate, loyal and sweet boy with a playful character and a streak of mischief. He’s partial to zoomies, loves his food, and is happiest when out on an adventure. 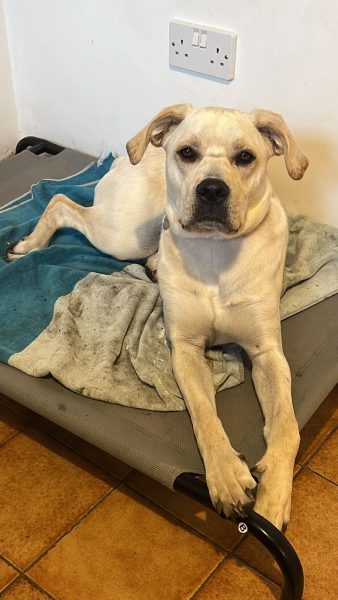 Because his present home now have young children and regular visitors, they feel Andy is having to live in an environment which isn’t right for him, and therefore causing him stress. He is currently in Bath, Somerset, and we are seeking a foster or new forever home as soon as possible.