Angus is a 4 month old male Shepherd Cross. He was arrived at the shelter after being found as a stray. When the dog warden brought him in he was cowering in the back of a crate in the truck, wide eyed and trembling.

We immediately checked for a microchip, hoping that he was a lost puppy that might be claimed by a family missing him, but it was to no avail. 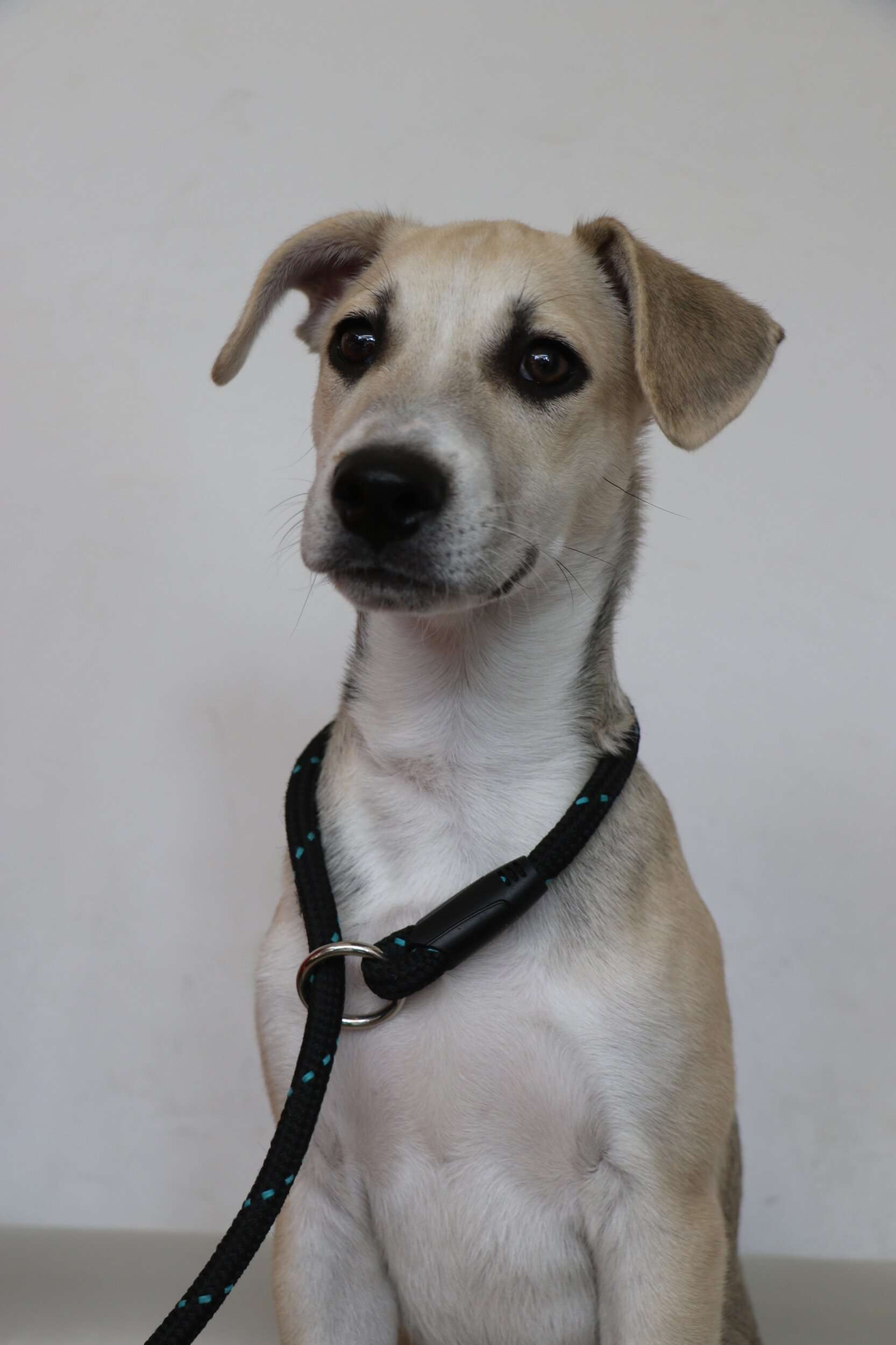 Without a chip, it’s impossible to contact someone who might be missing him, we have to wait to see if they come looking.

Despite his being terrified on arrival, Angus felt safe around the volunteers and was comfortable being handled, cuddled and checked over by the vet. He’s started his veterinary care to prepare him to travel, and he will be ready to fly in January. 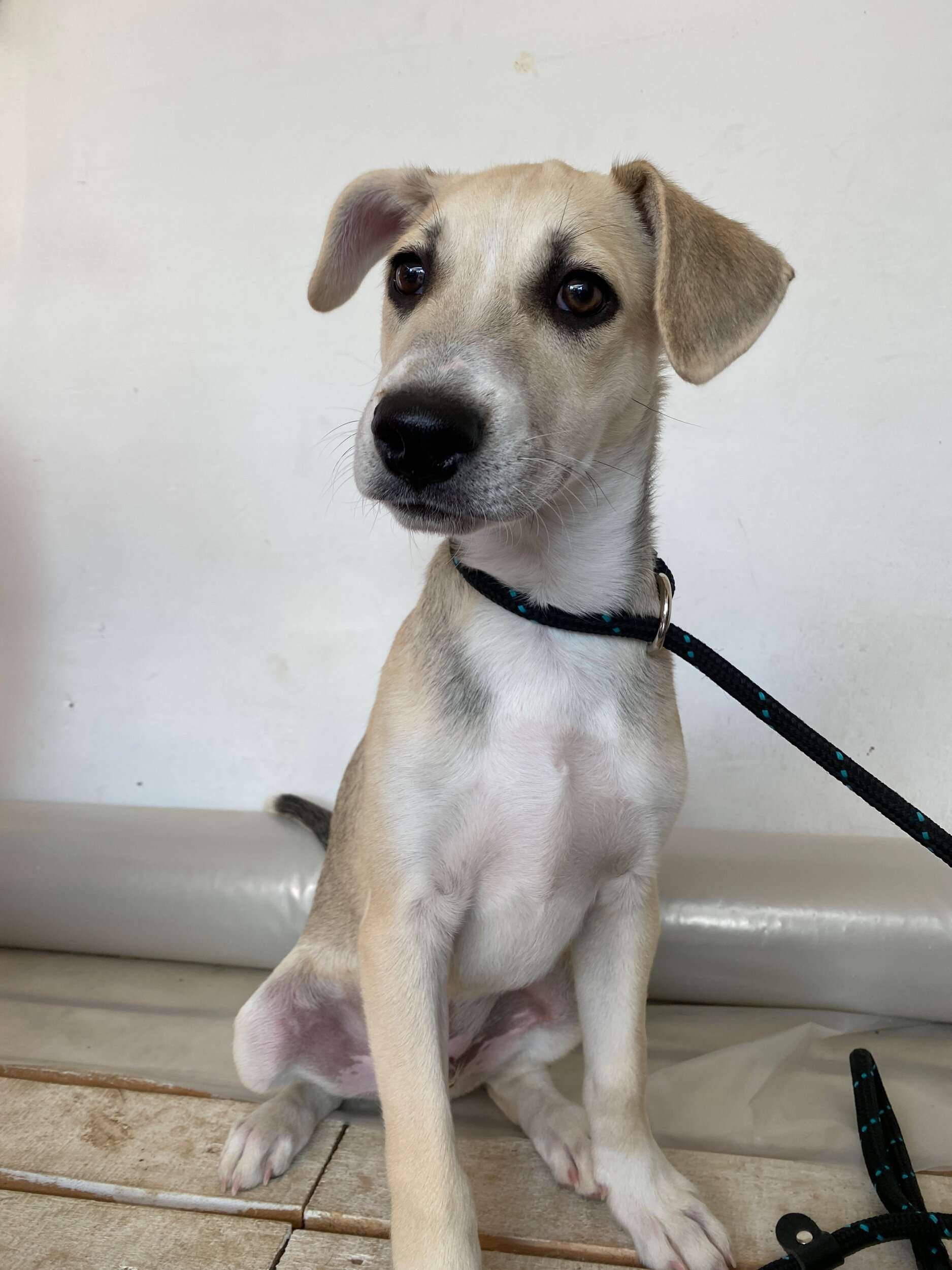 He’s around 4 months old and seemed healthy on arrival, so he must have had a home at some point. Angus is a typical pup in the sense that he’s curious about everything, playful, excitable and loves being around people.

He’s a sociable pup and confidence in introducing himself to other dogs for the most part, so we feel he would be able to live alongside a resident dog happily. He’s not been tested with cats but can be rehomed with children aged 6+. 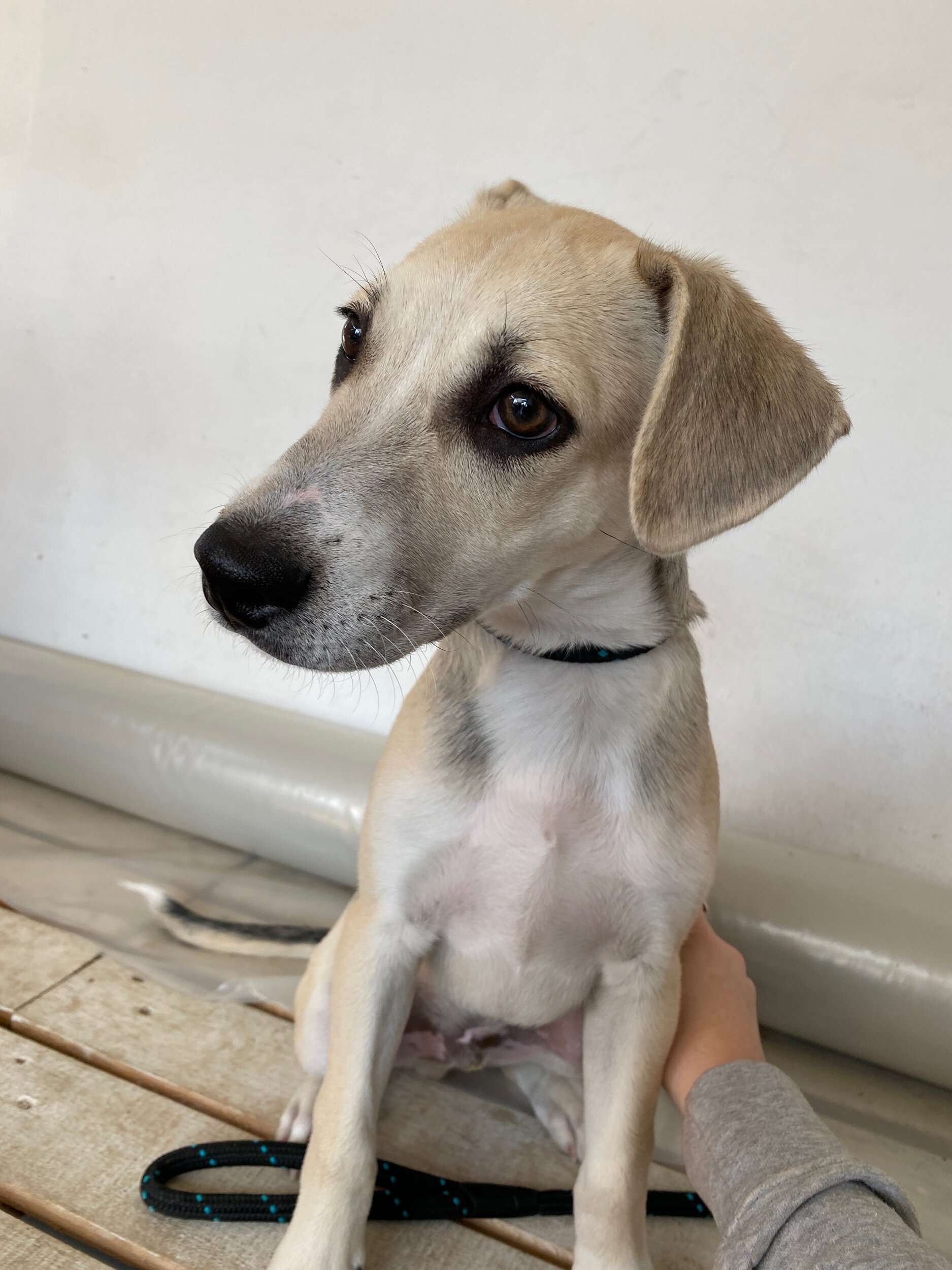 He can be a bit bouncy, but all puppies are, so families with children need to ensure he has his own space to enjoy and isn’t always pestered by kids. Angus is a clever little thing and keen to please.

He would really benefit from puppy training once adopted and would enjoy the mental stimulation that comes with learning new things.

He has some very basic lead training but is easily distracted when practising at the shelter because there are so many dogs and it’s a very overwhelming environment to be in. With routine and consistency, we think this will improve tenfold in a forever home. 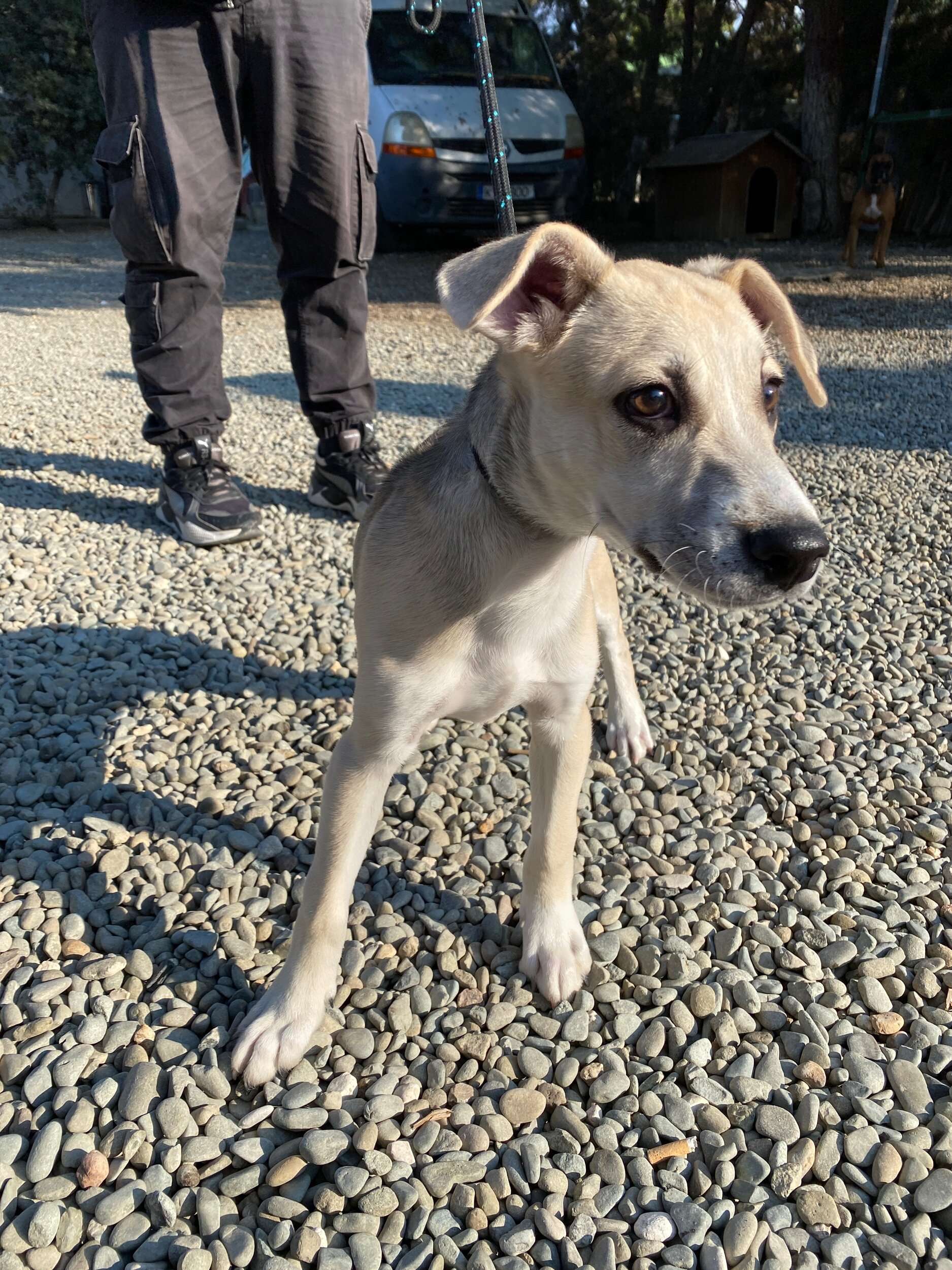 Angus is looking for a home that enjoys a fairly active lifestyle and has a garden for him to play in. He’s probably got some Shepherd in his mix judging by his markings but has a more slight frame, so we anticipate will be of medium size when fully grown.

He would prefer not to be right in the middle of an urban setting and would be better suited to a more leafy location where he has lots of nice walks on his doorstep. 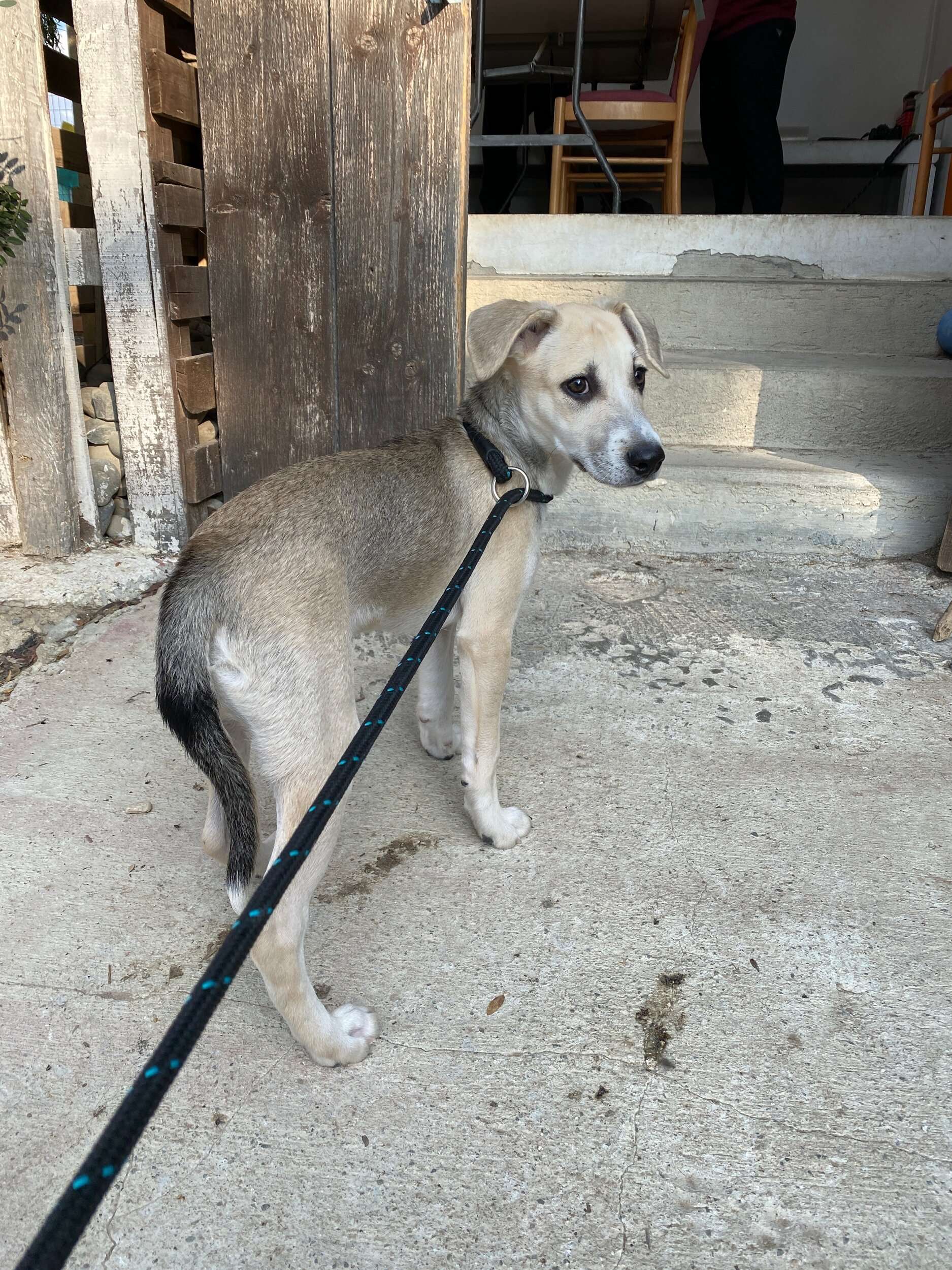 Angus is currently based in Cyprus and has a clean bill of health. He is ready to travel in January once he finds his forever home.