Artos is a 10 year old male Crossbreed who came into the Oldies Club rescue due to changes within his family. He is in a foster home in Aldershot, Hampshire, waiting for someone to offer him a permanent home. Artos originates from Romania and was rescued when his former owner was volunteering for a charity over there. As you can see, he’s a really lovely looking dog. He’s medium sized and weighs about 23kg. 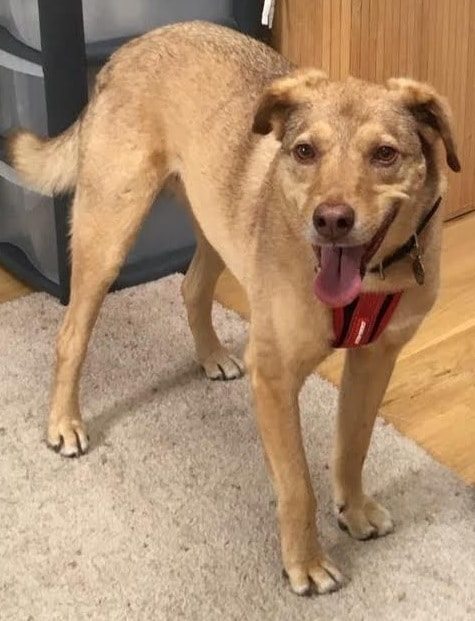 Artos would benefit from a home with people that can devote a lot of time to him. He is generally self-sufficient, but if he gets bored or feels ignored, he needs a cuddle so that he can then happily carry on with his day. He just needs to be reassured that he is part of the family. He could live with a compatible dog and older children but not cats. A home in a quiet area would suit him as he will bark if he hears people outside. 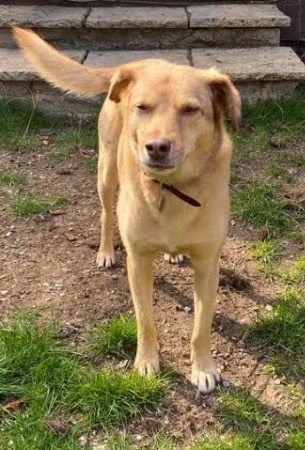 Artos probably wouldn’t suit you if you are proud of your immaculate garden, as he does enjoy having a dig. He hasn’t been left alone much, but when he has been left for up to 4 hours there have been no problems. The neighbours listened for him and reported that he barked a little when people were outside the front of the house but otherwise he was quiet. 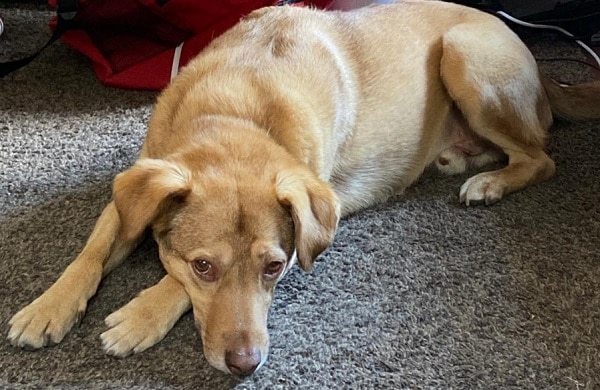 Artos was said to have previously lived with another dog that he got on very well with. He has mixed well his fosterer’s friends’ dogs that have visited in the garden. Artos had a brief spell in a house with cats which proved that he is not a cat lover and needs a home without them. 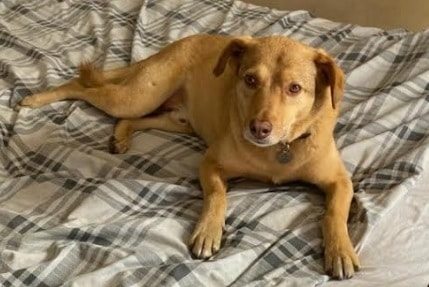 We were told that Artos doesn’t really like children, however he immediately bonded with his fosterer’s 10-year-old son and they adore each other. We would therefore be happy to rehome Artos to live with children aged 10 upwards.

He doesn’t like noise outside the house. His fosterer’s house is very close to the kerb though, and the windows have been open a lot during the hot weather, so this has made it more noisy. With the windows closed, 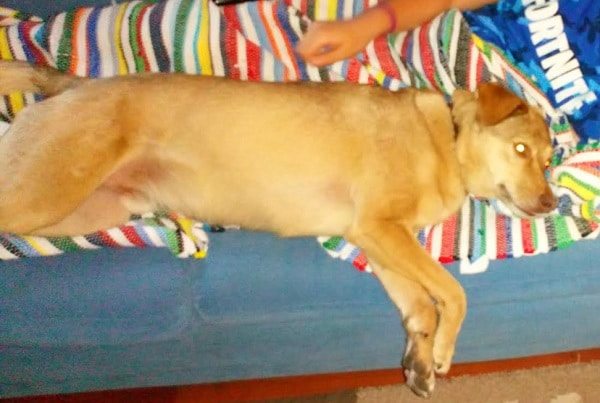 Artos has not been as vocal as people walk by. He doesn’t like birds, squirrels, foxes etc. coming into the garden. He is wary of men he doesn’t know but he is fine once he has met them a few times.

Artos is neutered, vaccinated, microchipped, and has been wormed and flea treated. He has had pancreatitis so takes medication and is on a special diet to prevent it.