Ace is an eight year old medium sized Cross-Breed. Azorel has led a life of years spent on the end of a chain with no regular meals and no proper vet care. A few weeks ago he managed to at last break free only to become injured when he was attacked by other street dogs. He was picked up by dog catchers and taken to the Bistrita public shelter where the volunteers who help dogs there recognised him. This was the point we were asked if we would take him to at last give him a better life, of course we agreed. 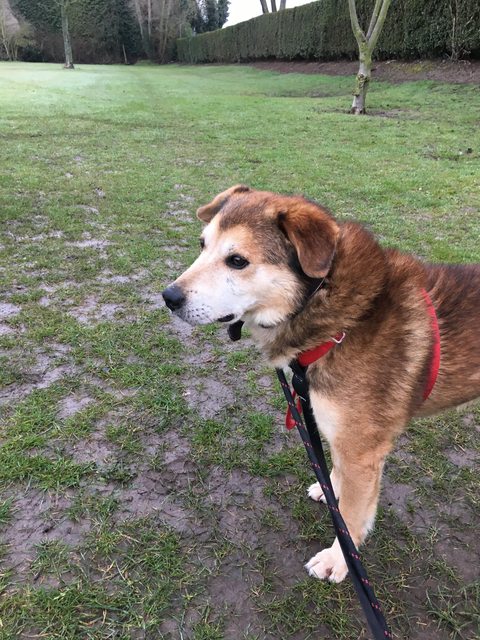 Two days later Azorels owner turned up at the public shelter and wanted him back. As it was before the legal seven days that would have terminated the owners legal right to him, Azorel had to be handed back. Fortunately at that moment he wasn’t at the public shelter, he was at the vets but the shelter manager told the rescue team to bring him back to give to the owner or he would be in trouble. At first plans were made to whisk the dog away but when the police were called in by the owner it became clear that the impact of not returning the dog would mean future relations between the public shelter manager and the rescue team would be affected meaning they probably wouldn’t be able to help the hundreds of other dogs in the shelter in the future. 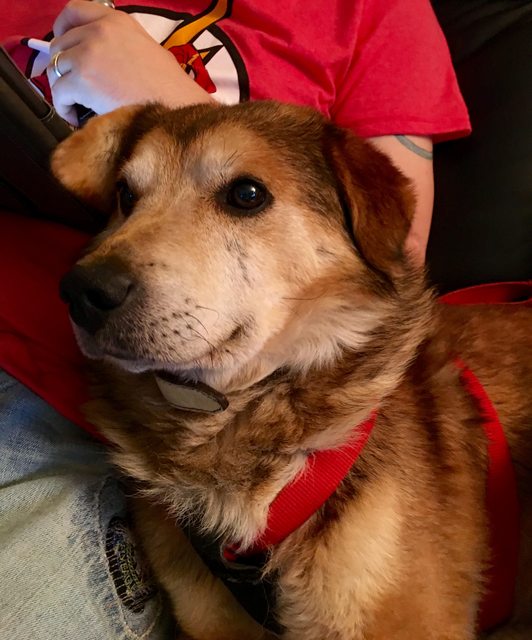 We were forced to resign ourselves to handing poor Azorel back into the hands that never cared for him. Arrangements were made for the owner to meet the rescuers at the vets for the handover. As fate would have it there was a vet bill to be paid for the injuries he had sustained in the dog attack, his owner had not bargained on any costs being involved. Having never paid a vet bill for his dog before, he wasn’t going to start now. It was explained to him that a good life awaited Azorel in the UK and he replied that only an insane person would want this old dog and only insane people had dogs in the house, he only had use for him because he hated the gipsies that had been taking his stuff since Azorel disappeared. 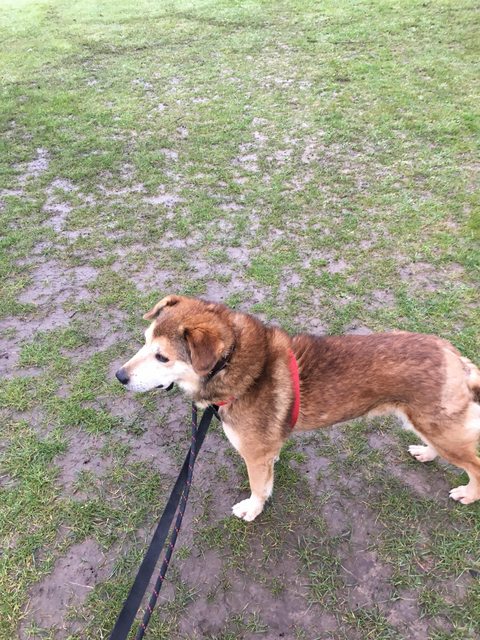 So here we are the insane people trying to find a home for this useless old dog. Azorel is in foster in the UK and here’s what his fosterer has to say about him: “Ace had only been with us for a couple of hours and we fell in love with him, he is so sweet and loving. Whilst he is scared of our Lino flooring he has been clean indoors. He slept in a crate for the first night and was really good all night, not a sound. After that we left the crate door open and he happily slept fine. By the third night the crate was gone and he is now sleeping on the sofa or on one of the beds we have. His confidence is growing daily and whilst wary of our other dogs at first he is now starting to interact with them. He has shown no food aggression, he loves treats and patiently sits with the others while we dish them out. He has been okay with our cats. From a distance he has growled at them but as our cats are dog savvy they have stayed away from him. I think he would be happy on his own as an only dog or with one other as he really does want lots and lots of cuddles. Ace has only been walked short distances at the moment as he is still a little nervous of going outside but is growing in confidence and will only get better as time goes on. This boy will quickly work his way into your heart and soul, the beginning of his life has been horrible and at 8 years old it is now time for him to have the best life ever he really does deserve it”

We are a voluntary organisation with members from all over the world that have come together to help dogs in need, regardless of their location. To date we have helped dogs from Spain, Cyprus and Turkey but the majority of our work takes place in Romania where we have built up strong relationships with many dedicated rescuers before bringing the dogs to the UK and into foster care for rehoming.