Badger is a 6 year old male Labrador cross English Cocker Spaniel. He is full of life! He has oodles of energy and is on the go constantly. He would suit a very active home where he would be kept busy most of the time. He loves to run around and is very good at playing fetch! 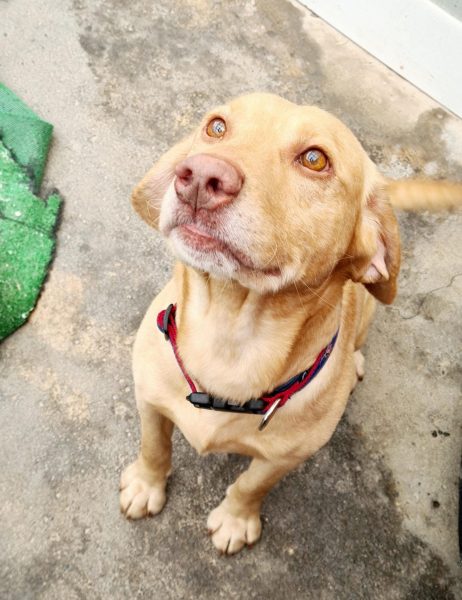 Badger has previously lived with other dogs, so may be able to do so again. He is very food orientated and will do anything for a treat! Because of being such a foodie and so bouncy it would be best if children in the home were older.

Badger is extremely affectionate and adores a cuddle! We have been told that Badger is not house trained as he is used to living in a kennel so this would need to be worked on in his new home.

Badger would like someone who is around most of the time while he settles in then he may be able to be left for short periods of time.

For further details about adopting a dog from the RSPCA Northumberland West Branch, please email admin@rspcanorthumberlandwest.co.uk or telephone 07872 041733.

The RSPCA Northumberland West Branch's vision is to work for a world in which all humans respect and live in harmony with all other members of the animal kingdom. The branch will, by all lawful means, prevent cruelty, promote kindness and to alleviate suffering of animals.