Beau is a 4 year old male Cross-Breed. He is particularly handsome and affectionate is guestimated. He was originally found as a young puppy, abandoned in Spain, and eventully bought to the UK by his finders, and later rehomed. Sadly due to health issues his current owners are unable to meet his needs. He has no known health issues.
He is microchipped, neutered, fully vaccinated, and regularly wormed. 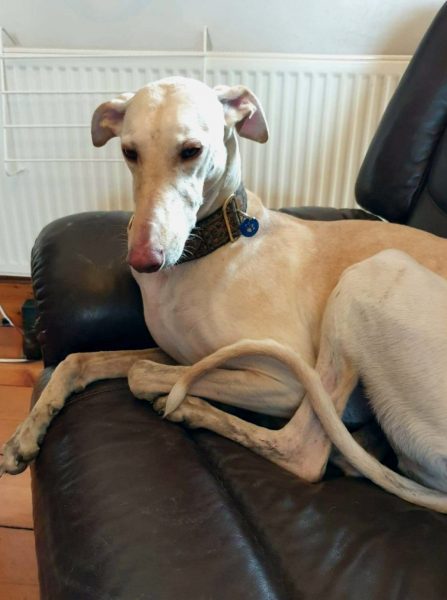 He is clean in the house. He loves the car, and has happily completed many long car journeys. He loves people and adores attention, He can be a bit hesitant at first with some people, flashbacks to his abandonment perhaps? But he very quickly overcomes any reticence and becomes best friends. He seems to particularly like children, and lights up when he meets them. He particularly enjoys time spent with my grandchildren, who are 6 & 11 years old. 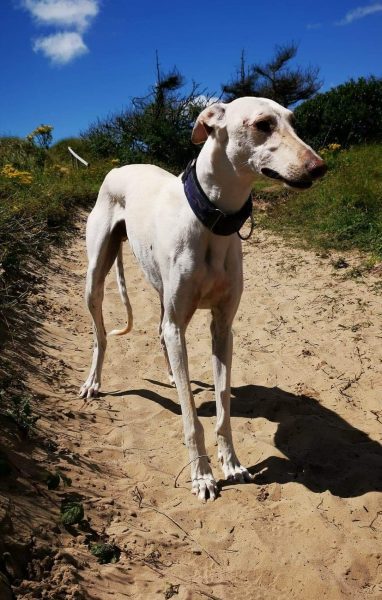 Though as far as we know he hasn’t lived with children, though i do wonder if there were children in his first home. He will destroy a soft toy or bits that may be lying around such as empty boxes or boxes of tissues etc but not furniture or anything of that nature.

He can be left for a few hours at a time, say up to 4 hours, though has never been left completely alone without the dogs he lived with. So we would prefer a home where he isnt left to often. He does love to play with other dogs, there has never been any issue with any dogs he meets when out, but has had some issues at home with the group of dogs he lives with. 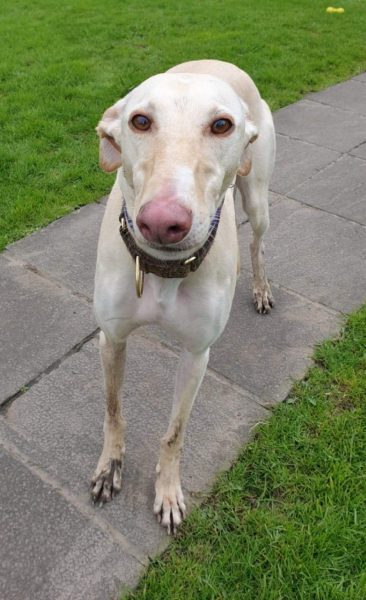 Guarding his space, not allowing dogs to pass, and standing over them if they occupy the spot, or toy, he desires. Its by no means constant warfare, and he does play with them lots too, with and without the soft toys they love. He is great on their runs out in the fields on walk days, and there havent been any issues when out. His current owners have suggested his behaviour is its because he doesnt get enough attention. 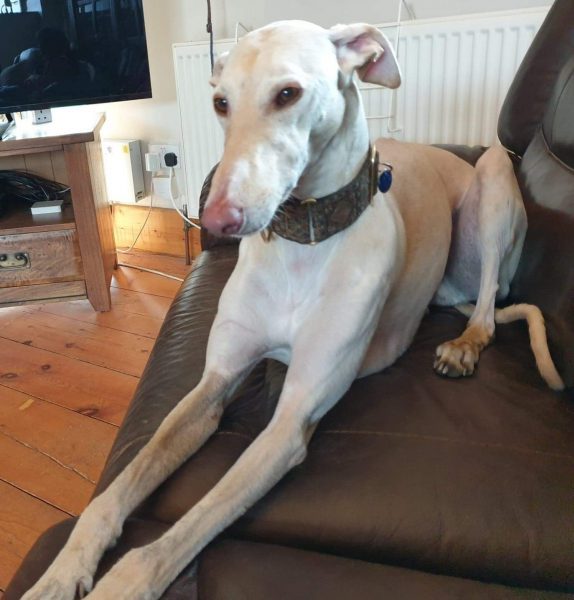 They operate a very laid back family, without individual training, or boundaries, and not as much exercise as he really should have. Their other dogs thrive in this environment. But Beau needs a bit more than they can give. I believe Beau will thrive without the presures group living bring him, he needs a lot more individual attention, training and clear boundaries. 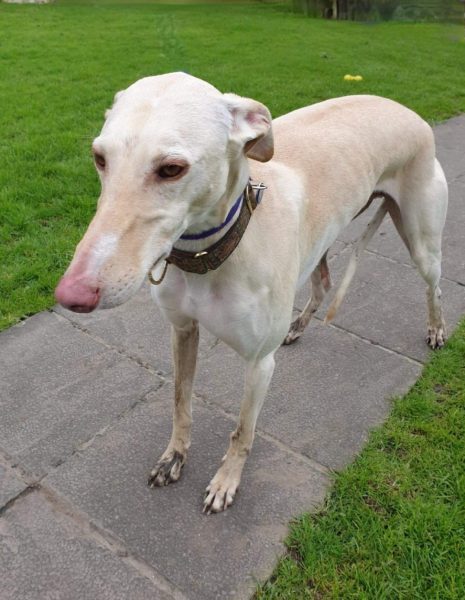 The issues he has are likely his way of trying to create some order in what to him is a chaotic life. He generally walks well on a lead but does pull sometimes if excited. He is not comfortable with street walking and passing traffic, so he wouldn’t do well in a built up area. He doesn’t “hunt” when out, he just wants to run with the other dogs. However he has not seen squirrels or rabbits, when out so its likely he would want to chase them. 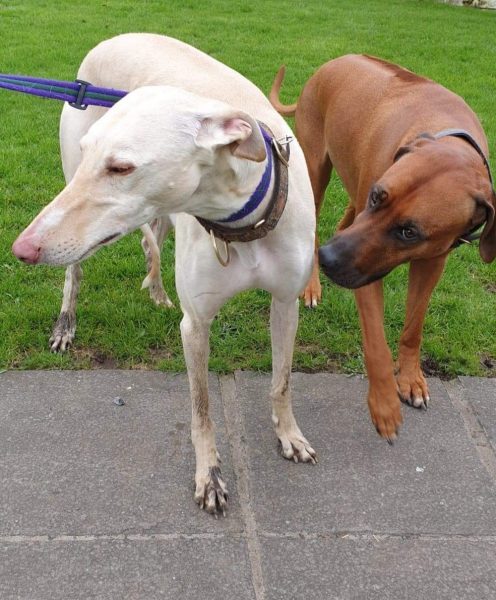 He is muzzled when running off lead (As is generaly recommended with hunting and racing types, as a sensible precaution). He needs an active home, in a small town, village or countyside setting as opposed to a city or town centre, where he will have company, attention, training, daily walks and runs, and perhaps some fun doggy sports like Canicross, trailrunning or similar. He is near the Sanctuary, which is near Kidwelly, Southwest Wales, so you will need to be able to travel to meet him.

All potential homes will be vetted and a set donation is payable upon adoption. All dogs will have been assessed and vet checked and, unless advised otherwise, will have been neutered, vaccinated, micro-chipped etc prior to adoption. Potential adopters are expected to travel to Lizzies Barn to meet/collect their chosen dog.