Bob is an 8 year old male Beagle. Handsome Bob came to us after being picked up off the street. It was thought he was abandoned, but it transpired that he was a dog left to wander the streets every day. Sadly, although the owners said how much they loved Bob, they didn’t want to pay the fine to get him released. He is a larger than a normal Beagle. 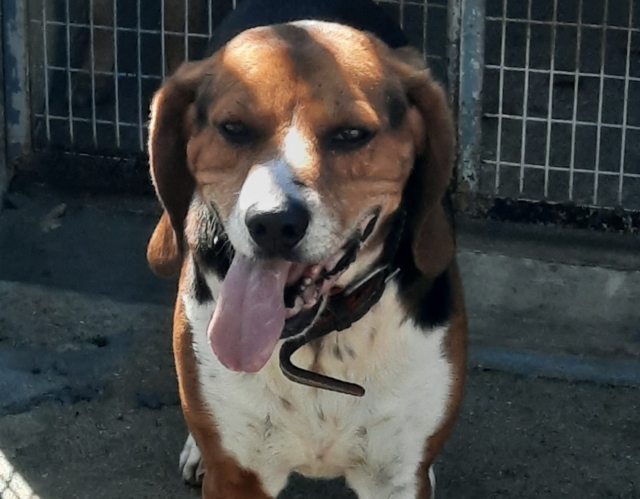 Since Bob has been with us, he has turned out to be a lovely, friendly and entertaining lad. He is also very intelligent. Several times he escaped from his kennel, until we realised he could open the door by himself! Bob has some scarring on his ears, which could be as a result of flies biting and not being treated.

We also discovered that his front teeth are worn down to almost nothing. Possibly from chewing stones. But don’t hold these flaws against him because he’s such fun and good health. Bob loves to be out and about exploring. He also enjoys a fuss.

Current location is in Portugal and can travel to the UK once she has a home to go to in May.