Bones is a 1 year old male Jack Russell Terrier cross Staffordshire Bull Terrier. He was surrendered into our care due to an altercation in the home with another dog where his owner got bitten trying to intervene. He was rescued from a “not very nice situation” by a well meaning member of the public when he was about 8 months old and it transpired he was very dog aggressive.

Bones’ body language prior to attacking is incredibly minimal and calculated and it is not limited to small dogs/big dogs etc. He attacks dogs immediately without any warning or vocalisation; its almost like he has been trained to attack or used for something such as hunting where he was encouraged to move in stealthily and quickly in order make a successful kill. 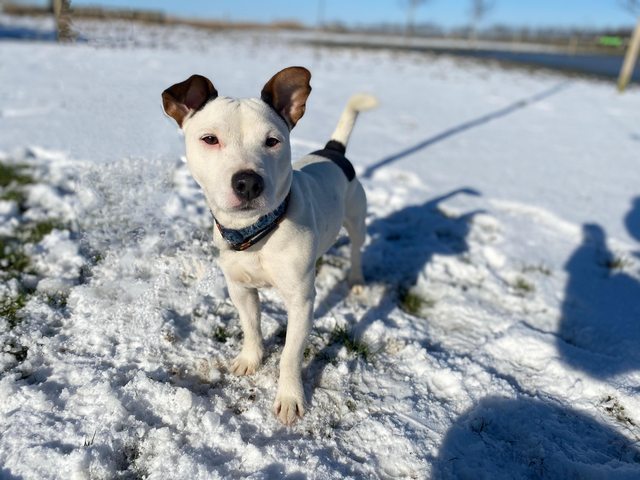 Bones presents as being very interested and happy when meeting dogs with excited body language and wagging tail but will instantly attempt to go for the back of their necks to grab at their throats.

Bones can walk well with other dogs and does not vocalise or react on the lead, however he should not be let off the lead around dogs under any circumstances and should always wear a muzzle In their presence. Despite all the above he is very good with people and will do great in a dog free home that sets him up to succeed.

With a high likelihood it could happen again if measures are not put in place to keep everyone safe and the training implemented is not continued. If his behaviour and anxieties are not managed and his boundaries/body language are ignored he has full capability of progressing higher up the bite scale. 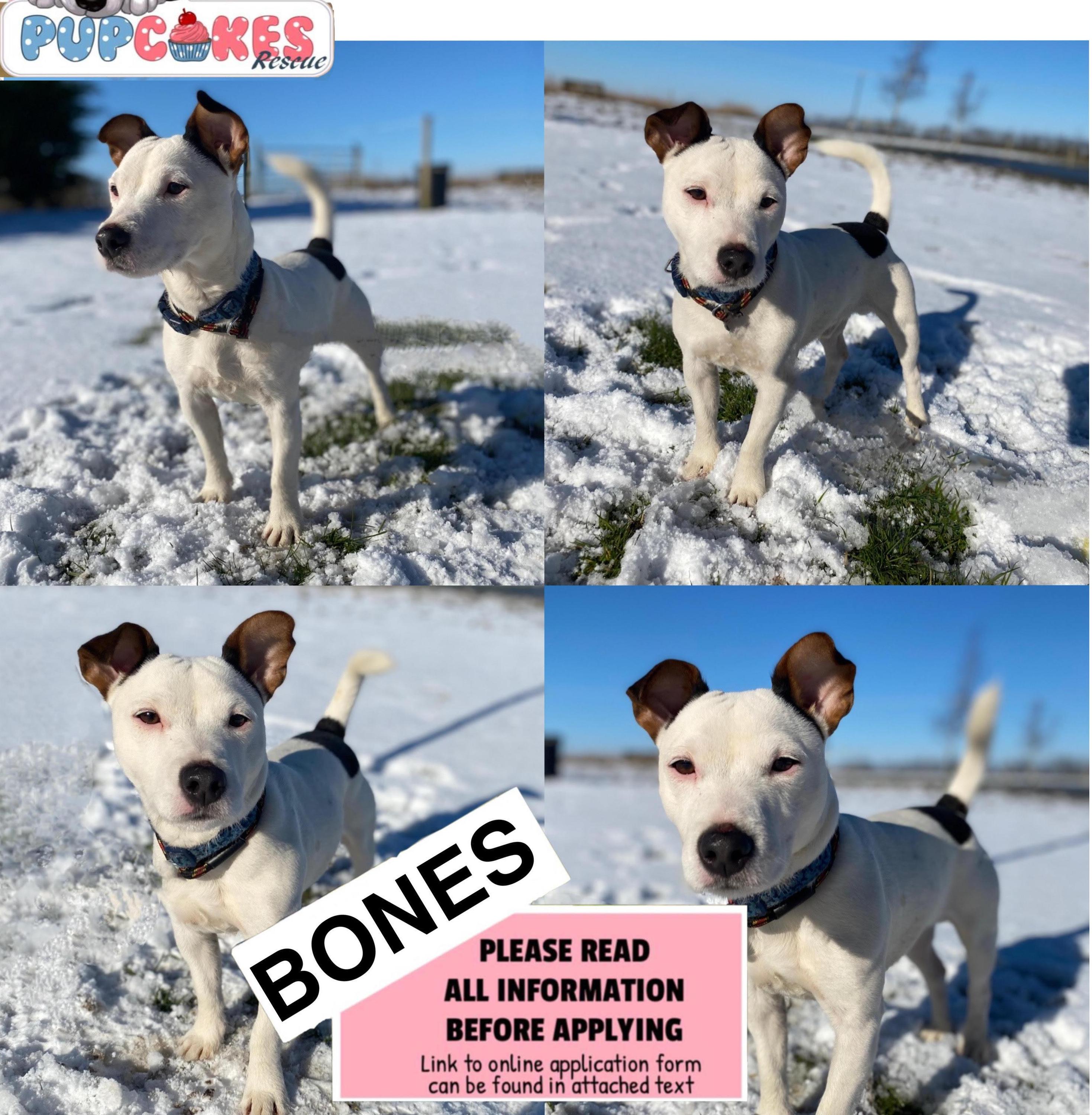 Bones’ previous owner was not aware of any dog aggression when he rescued him and took him home where he immediately introduced him to his own dogs. Naturally this resulted in Bones attacking and the owner sustained a level 2 bite when he attempted to separate them.

We have seen absolutely no human aggression from Bones here but have witnessed his dog aggression however he is a plucky animated little chap who really loves people and will happily have a cuddle with any of the staff here.

Bones is currently under redirection training at the rescue to begin working through his behavioural issues. His new adopter will be given the information and tools to continue this training but we do expect adopters to carry on with the work we have initiated.

Unfortunately there is no magic cure for dog aggression. Especially at Bones’ level. The plan would essentially be to not put him into situations where he can’t succeed. He needs to be set up for success, and that means not allowing him contact with other dogs.

This is a management programme. This doesn’t mean that Bones can’t live a fulfilling life or go on walks, but it does mean that his keepers will need to consider situations carefully for him to keep him and other dogs safe.

We have started conditioning him to a muzzle and would recommend this be continued. If he is to be let off lead it must be in a secure area with no other dogs. He can go on normal walks around people and other dogs but measures need to be put in place to keep everyone safe.

We are also working on teaching him a “let’s go” command to redirect his focus when over stimulated outside on walks. This can be seen under our helpful training videos section detailed “kikopup let’s go.” He absolutely loves being out on walks and does really well responding to treats.

Bones walks well on the lead, is crate trained, housebroken and non destructive in the home. He knows some basic obedience but would benefit highly from beginner training classes with his new owner to help cement a bond and will benefit basic politeness and respect in everyday life.

Both Jack Russell Terrier and Staffordshire Bull Terrier are active dogs who enjoy being on the go all the time. They can be very high energy so it’s important to make sure they’re getting enough exercise. A bored dog is more likely to cause mischief around the home! Bones will need a minimum of an hour exercise every day.