Buddy is a 14-year-old Border Collie cross who is in an Oldies Club foster home in Gosport, Hampshire waiting for someone to offer him a permanent home.

Buddy has been OK when left for just over two hours with his foster carer’s dog for company but he doesn’t like to be left for long. He had separation anxiety in his previous home, so he wouldn’t suit a home where he will need to be left for long periods. 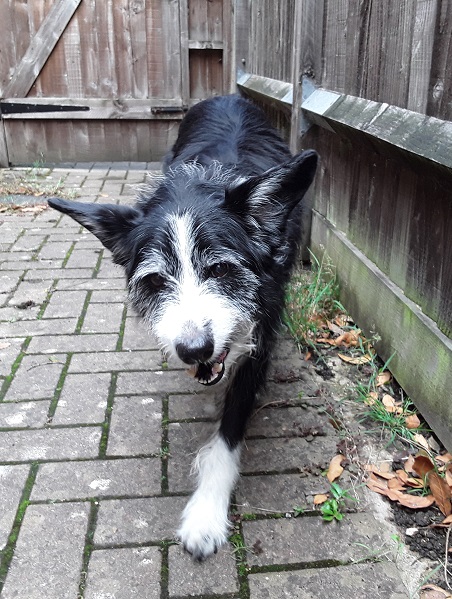 Buddy has been very happy living with the resident female dog at his foster home and we think that having a canine friend in his new home will help him to settle in and feel happy. He is a very passive boy and has been good with all dogs he has met. He is also good with cats. He doesn’t react to the cats on visits to a friend’s house, and he lived with cats earlier in his life. 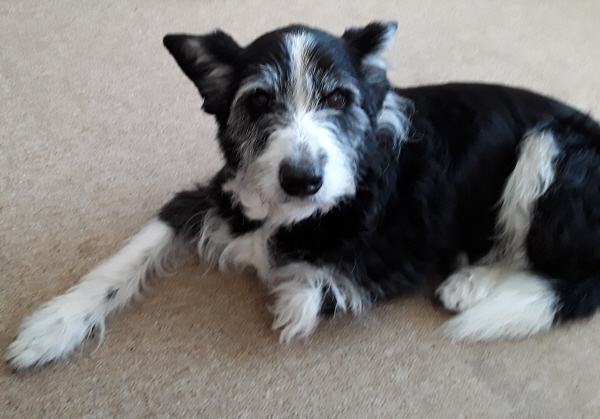 Buddy has lived with children in both his previous homes, and he has been fine with children he has met recently. However, as Buddy doesn’t like to have his collar grabbed, any children in his new home would need to be old enough and sensible enough to know to not touch his collar.

Buddy’s favourite pastimes include having his ears scratched and having fuss in general, meeting doggy friends on walks, sniffing, particularly wastepaper bins, snoozing and cheese treats. 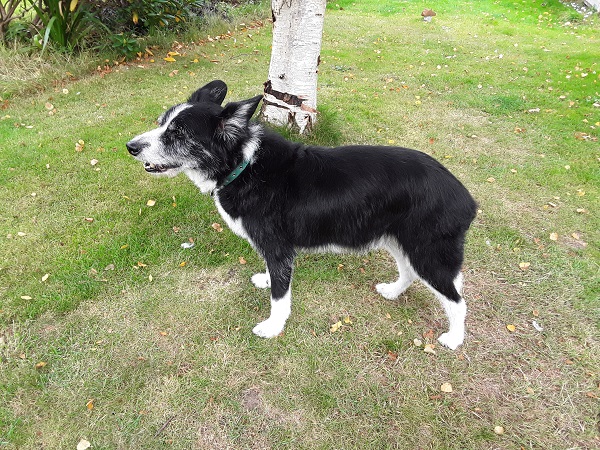 Buddy’s dislikes fireworks and having his collar grabbed – he will react by warning you not to do this.

Buddy’s ideal home would be with people who are around most of the day and preferably with another dog or two for company. He’d like a garden to mooch around in and ideally a house on one level as he finds stairs a bit of an effort. 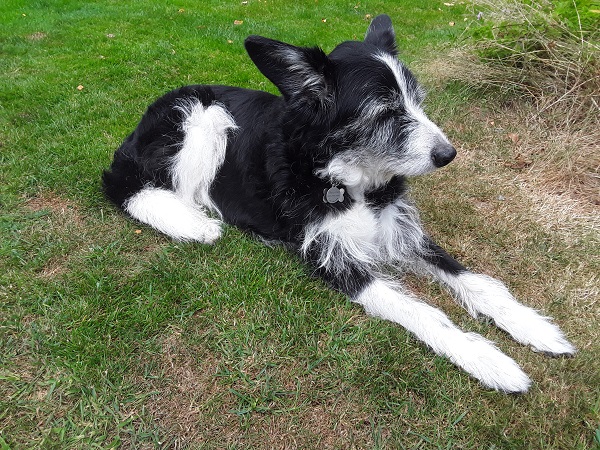 Buddy is neutered, vaccinated, microchipped, and has been wormed and flea treated. Buddy is having Vivitonin, for general signs of ageing and to help resolve his anxiety and pacing, and he was on a low dose of Metacam for arthritis. However, his foster carer is trialling him to see how he is without the Metacam. He is having joint supplements. Buddy’s hearing in good and he just has early signs of cataracts.