Buddy is a 4 year old male Patterdale Terrier. Adorable Buddy originally came to us earlier this year as his elderly owner was struggling to give him the attention and exercise a young dog of his breed needed. Buddy soon found a home but has recently been returned to us for displaying aggression. Buddy formed a strong bond with the lady in the home but started to protect her from other members of the family. He would also growl and try to snap if being made to do something he didn’t want to such as being moved off the sofa etc. We feel that most of Buddy’s issues stem down to that fact that he is quite an insecure little boy. During the initial few weeks in the home Buddy’s issues were not as severe, which could have been due to the fact he was still settling in. 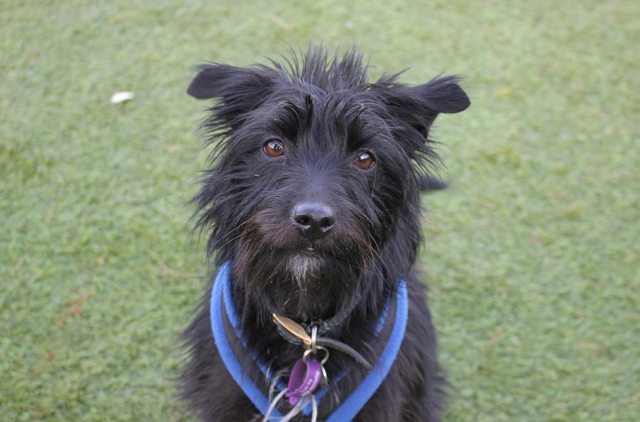 However he was also neutered quite soon after adoption and in some cases, particularly with nervous dogs this can cause an imbalance with their hormones. We feel that this could well have had an impact on Buddy as his behaviour seemed to decline following this. There were also no reports of aggression in Buddy’s original home.

Buddy is a typical Terrier who has a lot to say for himself and will bark at the front door. He is wary of strangers and will need slow, sensible introductions. He would benefit from a quiet home, preferably with one person. We feel he would be best suited to living with a single female, someone who is experienced with behavioural issues and willing to work with Buddy. His new owner must be prepared to make several visits to and from the rescue in order to form a bond with Buddy before adoption. 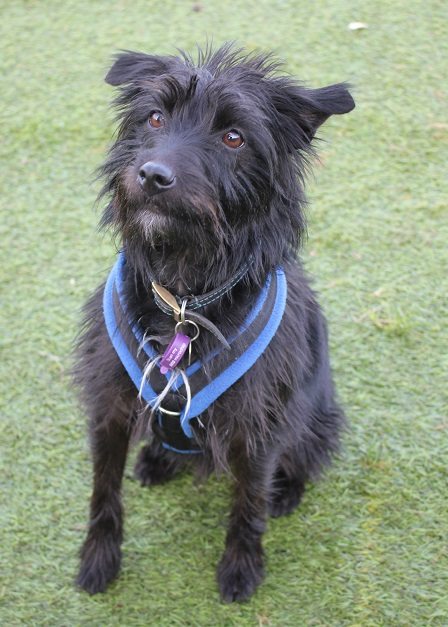 Buddy cannot live with young children and will need a home free from visiting children and without any children planned for the future. He is okay to be left alone for a couple of hours each day.
This boy desperately needs some stability now in a home with secure circumstances that are not set to change anytime soon.

Buddy can become unsettled in the car so a home where he is not required to travel much would suit him best. Buddy is a very sweet, fun character who loves to play ball and loves treats too. He is very friendly and affectionate once he has formed a bond with you. He is also a keen walker and is happy and content once he is out and about.

Buddy has previously lived with an older female dog who he was always really well behaved around, however on walks he did prove to be reactive towards some other dogs. We feel that Buddy may be able to live with another older, confident female dog following successful introductions here at the rescue. He has encountered cats on walks and just ignores them but we are unsure at this stage whether or not he could live with cats.

At the moment Buddy does have some ongoing issues with his skin and may require medication on/off in the future.

Overall Buddy is a very sweet boy but it is vital that he has a confident and experienced owner who is willing to put in the hard work needed to help him become a well balanced, happy dog. Our behaviourist will be on board to help with this. We desperate hope that Buddy finds a second chance at happiness as we know he has so much potential and will thrive in the right environment.

For further details regarding adopting a dog from Freshfields Animal Centre in Liverpool please email kennels@freshfields.org.uk or telephone 0151 931 1604. Address: East Lodge Farm, East Lane, Ince Blundell, Liverpool, L29 3EA Please note: We do a homecheck for all dogs. We will rehome to anywhere in the UK, the only exception being a dog with any behavioural problem that requires someone to meet them as often as possible before adoption, which wouldn't be possible if they lived on the south coast! All dogs are vaccinated, neutered, microchipped, wormed and deflead. We ask a donation of £165 to cover these costs.

Tweet
Previous
Next
Tags:-Dogs for Adoption North West Experienced Owner Preferred Not Suitable for Young Children Suitable to Live With Other Dogs