Buddy is an adorable Welsh Terrier type boy whose age has been estimated at around 13 years. He is in an Oldies Club foster home in Frome, Somerset, waiting for someone to offer him a permanent home. Gorgeous Buddy settled at his foster home almost straight away and is a companionable old boy. He has been fine with visitors and their dogs but he takes a little while to calm down after their arrival. 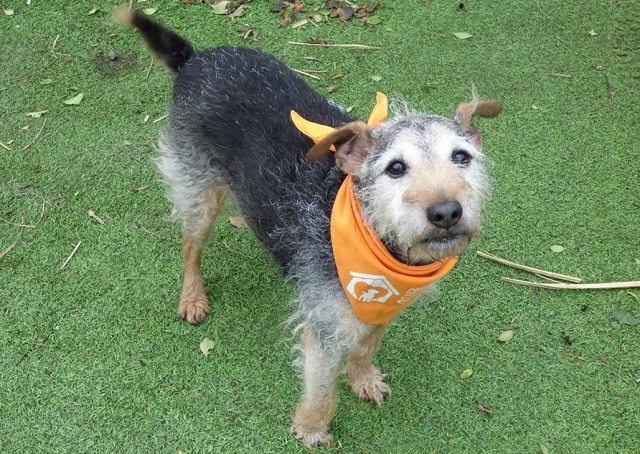 As Buddy’s foster carers are retired, and his period in foster care has coincided with lockdown, Buddy hasn’t been left on his own for long. It does seem that this type of situation is what suits him, especially as he needs to be let out regularly for a wee – he goes out once during the night too. He would be best in a property that is on one level, as stairs are a problem for him, and needs a big, enclosed garden where he can trot around before settling down for a nap. 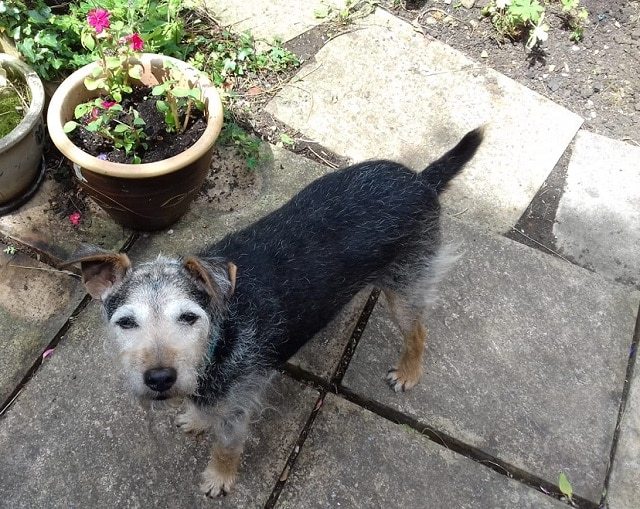 Buddy has been okay with dogs visiting the home, he can even be over friendly, but then he ignores them once they have visited a few times. He does need work on socialising with other dogs when out on the lead though, as he will bark and pull to get to them. Being deaf, he stays on the lead on walks and so this might be the cause of his behaviour. Buddy enjoys a good chase of cats from the garden, accompanied by much barking. He’s a Terrier after all! 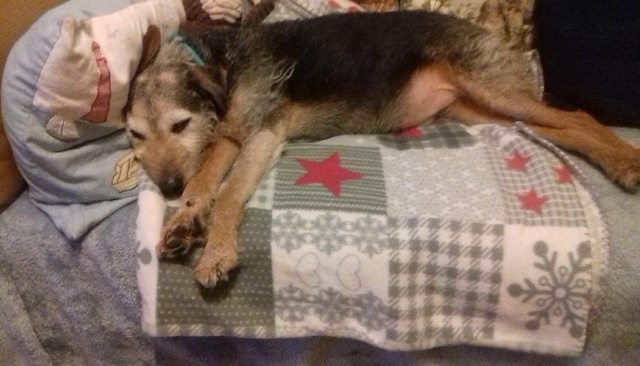 We have no experience of Buddy around children. He is fine with adult visitors though and we assume he would be okay with sensible older children visiting his home, given proper supervision. He enjoys sleeping on a bed or settee with someone for company. He likes eating Chappie topped up with gravy and he loves small-sized mixer biscuits. He doesn’t seem to know how to play, despite many introductions to toys. 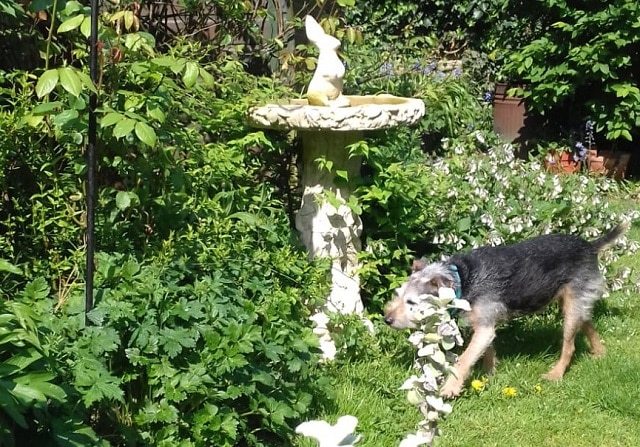 He has started to recognise a tennis ball but has made little progress in ‘fetching’. He loves walking and exploring outdoors. He is afraid of quick or sudden movements in front of his face and sometimes flinches. He is easily taken by surprise due to his deafness and so needs to be woken with a gentle stroke first. Everything should be slow and gentle with darling Buddy. 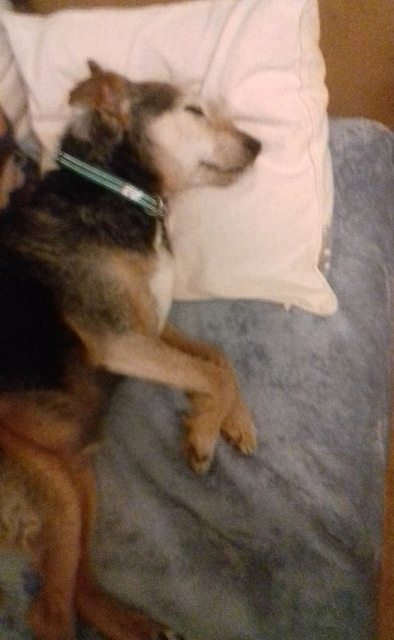 Buddy is neutered, vaccinated, microchipped, and has been wormed and flea treated. He has just had a dental too. He has quite advanced arthritis which leads to shaking and knuckling. Sometimes he misses his footing when walking and has problems standing on three legs (to wee). He has been prescribed daily Metacam and he is also having Yumove supplements. He has a fatty cyst on his abdomen which has been tested and is benign. As mentioned previously, he is almost completely deaf.