Buddy is a 1-2 year old male Spaniel cross Poodle. He is being fostered in family home with teenager and visiting grandchildren in Devon with other dogs. Buddy came into our care with another dog because their family were not coping with both the boys after a lot of personal pressures. A well-known charity had deemed both dogs bite risks and refused to take them and the owners felt they had no choice but to have them put down.

Our Vets advised them to contact us before any decision was made. After meeting the family who were really honest with us about the past 12 months and us spending time with both dogs, we were happy about taking them. We decided it was best for both dogs to be split up as both needed time and one to one. Both dogs had always got on and had never fallen out. 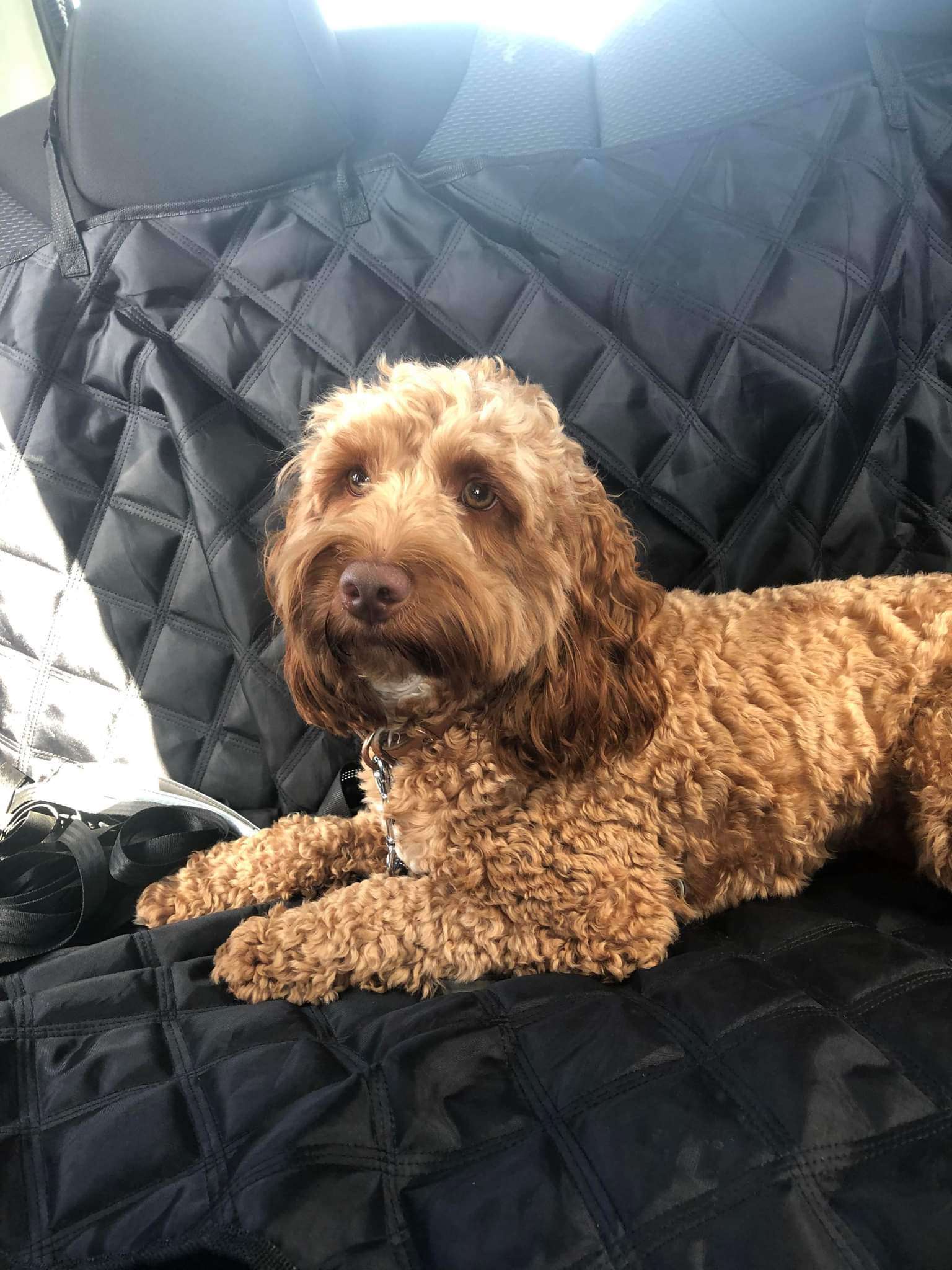 Buddy’s story. Buddy was brought as a puppy and at 6 months he broke his leg and had to have crate rest for 6 weeks this seems to have an impact on his confidence along with other personal turmoil within the family. Buddy appeared very stressed and on high alert all the time and very worried about everything. Reactive on the lead towards other dogs he met out like he did not know what to do.

Because of this behaviour walk times were limited which also had a detrimental effect on him. Since being in our care just in a very short while he has changed. When he arrived, he was quite nippy with the resident dogs more nerves than anything else, found it very hard to relax, the car was a bit too scary to jump in. This was after a couple of days in our care. He has now in just over a week settled with the other dogs with no problems.

He loves his runs over the moors he has an excellent recall, settled with the family met the grandkids and bonded mainly with Aunty Deb his foster mummy. He is still reactive on the lead with new dogs but after meeting them he calms down; he worries around traffic and busy places. At night he can be chilled out but if his foster dad suddenly moves his feet, he jumps up very scared. So, improvements but he does still worry.

He is a very loving little dog and very easy to love but needs to learn to stop worrying which is happening but will take time. He is going to suit an adult only home in the countryside we think he would be best living with other dogs, he is fine with kids so if you had visiting grandchildren, he would be fine but just at this stage in his life he would not cope with the business of a family home. He would need to be an experienced home who has guided a dog like Buddy before. He is looking at the videos you can see the potential he has when he lets himself relax. Buddy is vaccinated, chipped, neutered, flea/wormed.

For further details regarding one of our dogs please email us at starfishdogrescue@hotmail.co.uk for our application form - we are only a small rescue and we get to know our dogs properly before they are put up for adoption, we work with two rescues in Spain for the last 7 years and also travel to Spain to meet the dogs and assess them before we agreed to take them as we are a foster based rescue - we also help the local dogs in Gloucestershire and also link to a local Pound in Bristol that we help, we do take our time and make sure its the right match and put as much detail as we can in their write up what sort of home will suit that particular dog.

All our dogs are neutered if old enough, fully vaccinated, chipped and blood tested - they go out with a full vet history, all homes will be home checked without exception and you will be expected to travel to meet the dogs we never deliver dogs.

We are small rescue solely run by volunteers. You can see more of our work on our facebook site and website under Starfish Dog Rescue.