Curly is an 8 year old female Cross-Breed. She is beauty who has spent her life living as a village dog on the streets of Bosnia. Unlike the UK, there are often dogs in Bosnia who are not officially owned by anyone, but receive basic care from locals every day who enjoy their company. 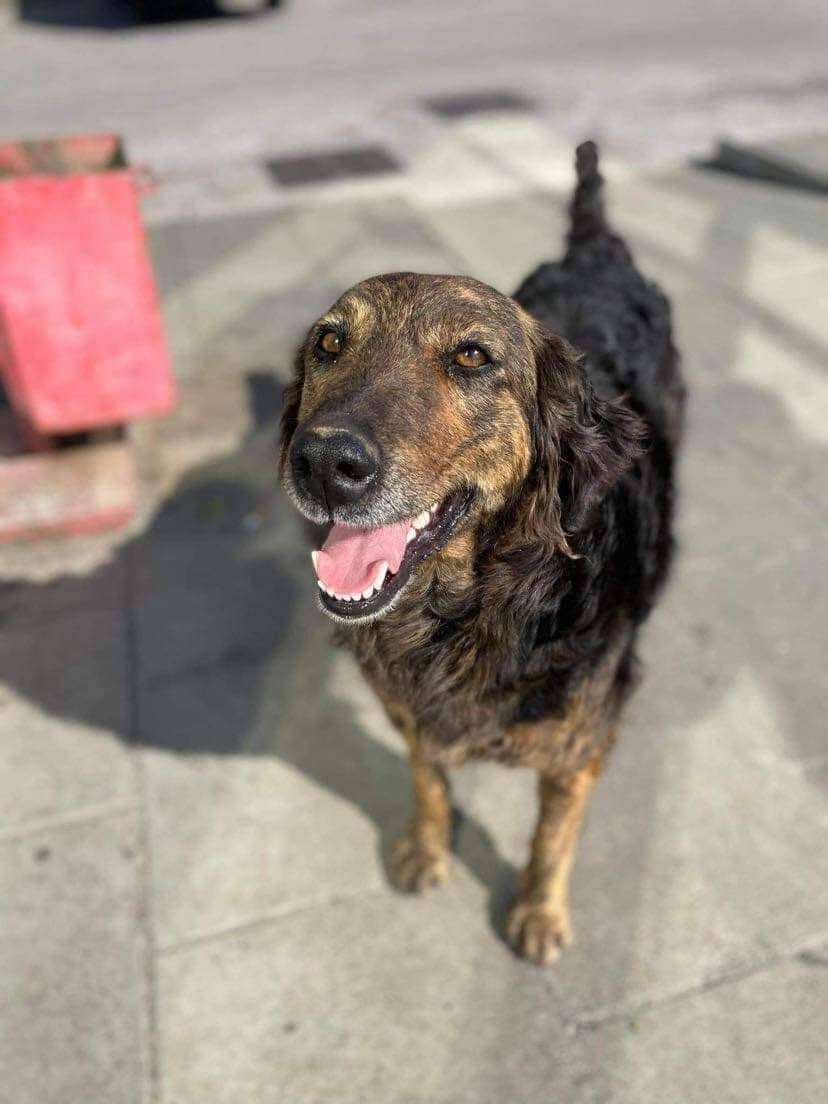 They don’t live in homes, but rather on the streets, under shelters and in warehouse carparks, but they have developed trusting bonds with people due to their daily interactions. Curly has been living in the city for most of her life and roams the same area. 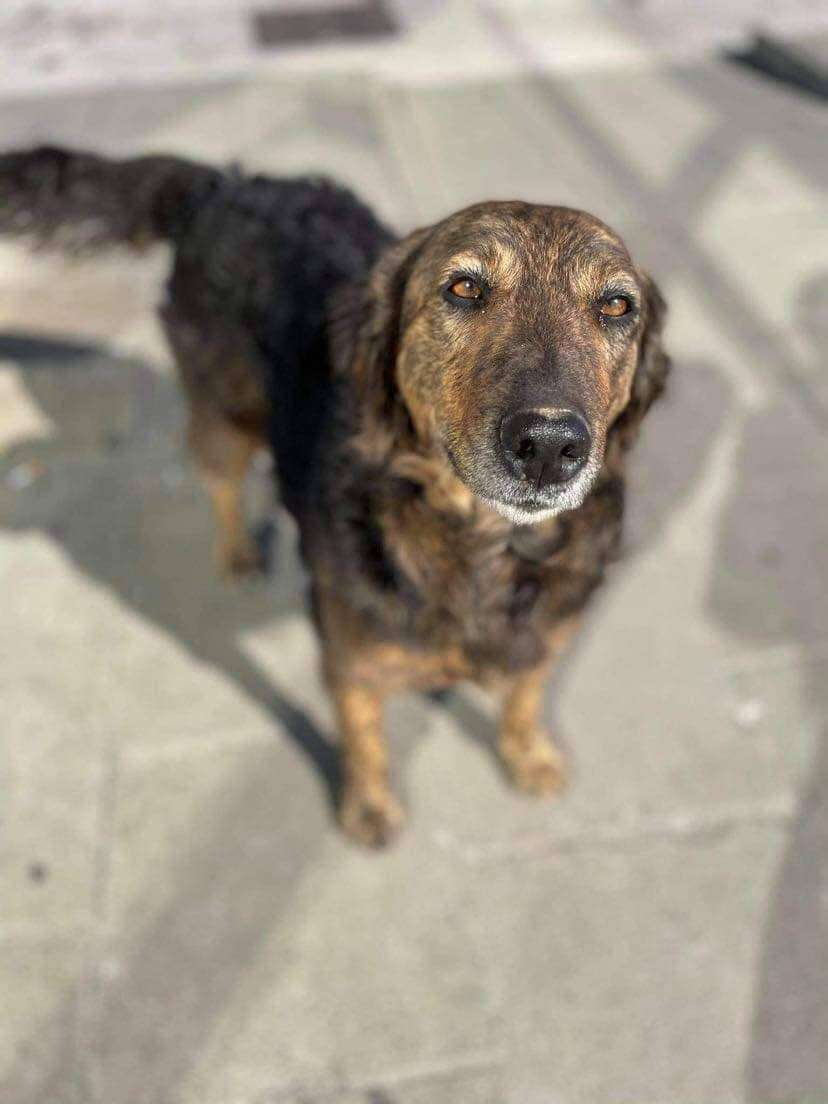 Her veterinary care was overseen by a local organisation to ensure she was fit and healthy, and the workers at a local company gave her food and water each day. Sadly, when the company closed and everybody moved on, Curly was left behind and moved further down into the city in search of food. The only issue with this was that it was such a busy area with heavy traffic, and she was at risk of being hit by cars. 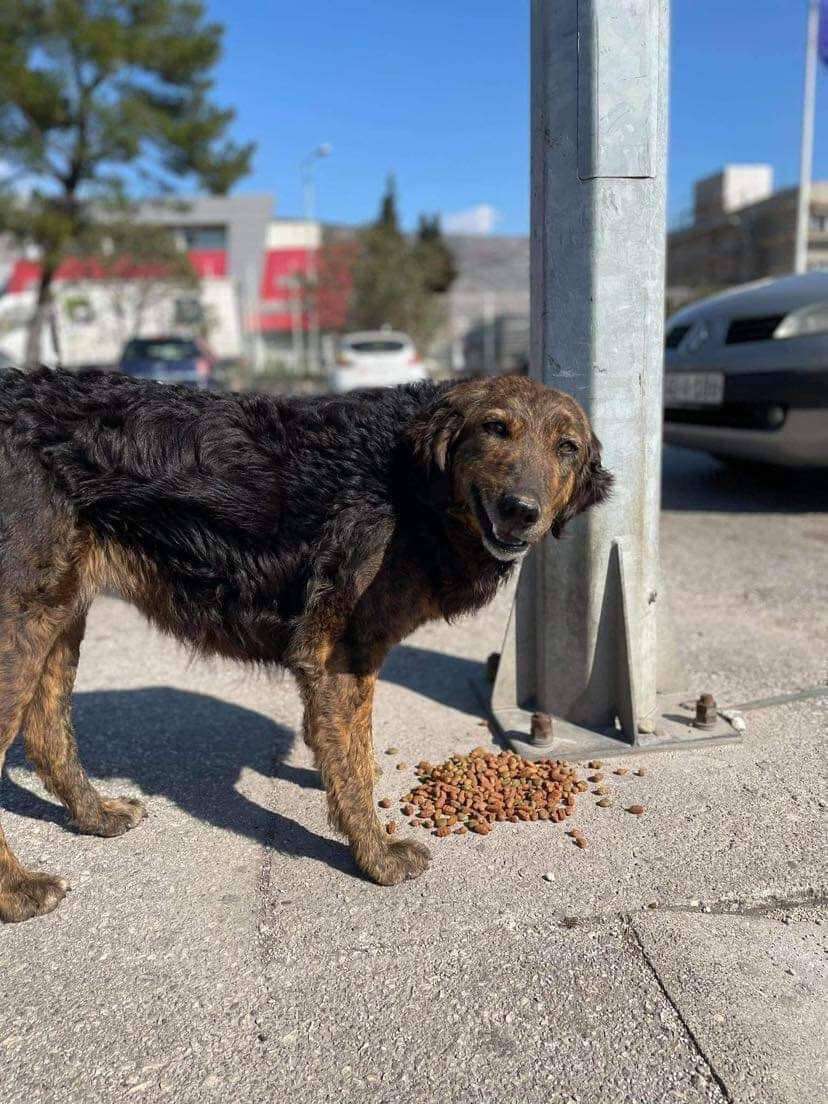 It was at this point the organisation made the decision to take her off the streets and into a shelter, as she wasn’t safe anymore. No one has had a bad word to say about Curly in all the time she’s frequented the streets. She’s easygoing, friendly, obedient and affectionate. She’s not massively interested in other dogs and would be quite happy in a household where she was the only pup, but she also doesn’t react negatively towards them either. 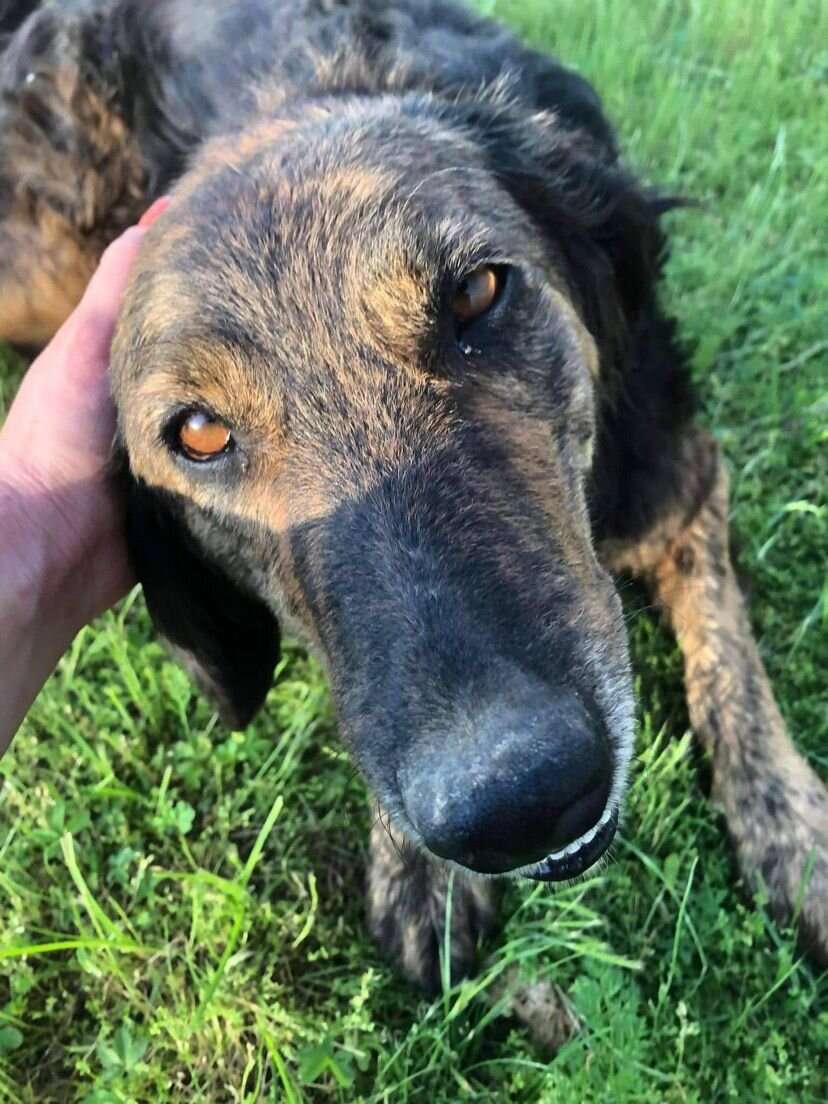 We don’t know her behaviour around cats, and we think she could be homed with children aged 6+. Curly is a fairly laidback girl and would enjoy a chilled out, relaxed lifestyle. Although she has been used to living in the city it should be noted that the life a street dog in Bosnia is very different to the life of a companion dog in the UK, and we think she would be best suited to a slightly more semi-rural environment. 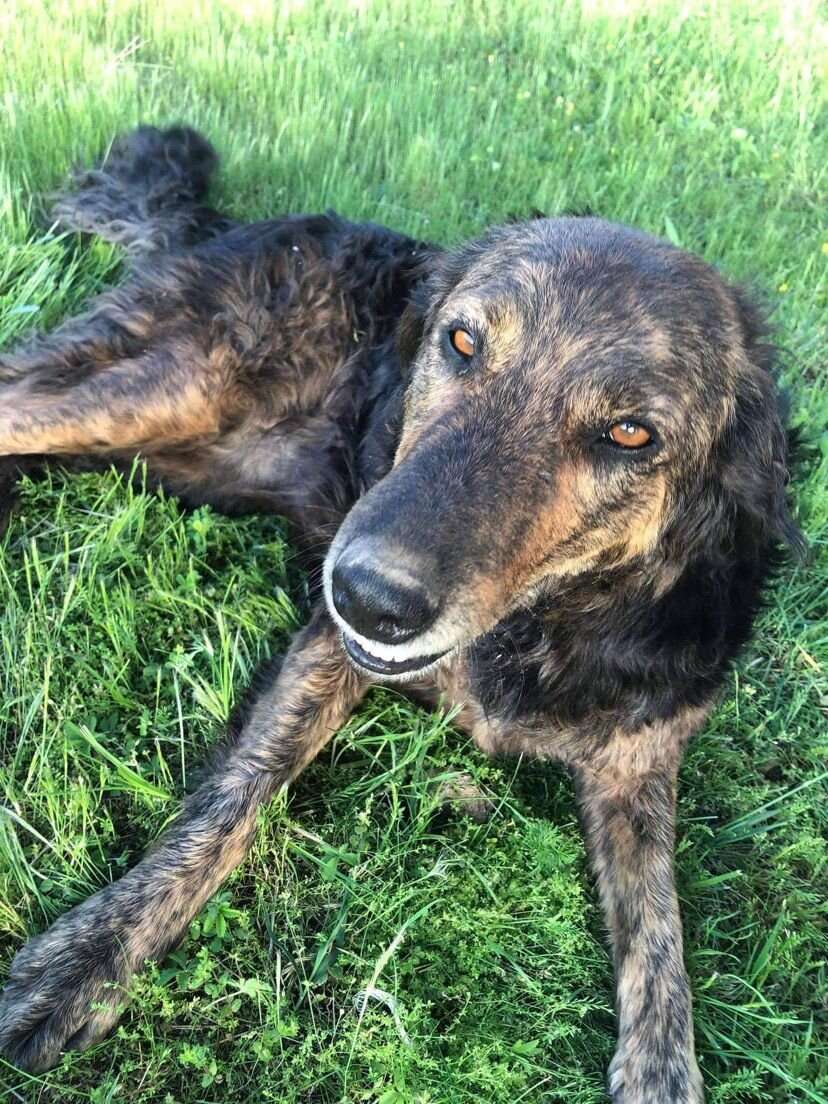 She would definitely need access to her own secure garden, and she’s not looking for a hugely active lifestyle – just a family who can give her lots of fuss and be around to keep her company during the day. She will also need some lead training, as this isn’t something she is familiar with, but we will be working on it now she’s in the shelter. Curly is currently based in Bosnia and has a clean bill of health. She is ready to travel to the UK once she finds a forever home.