Danny is a 6 year old male Lurcher Cross Border Terrier who was originally rehomed from the rescue when he was just a puppy. Danny was part of a litter that we dubbed the Toy Story Litter. The litter had to be hand reared from a very young age and we were all delighted when they finally grew strong enough to be adopted. Sadly for Danny he did not get the happy ending we were all hoping for as he was returned to the rescue in May last year. 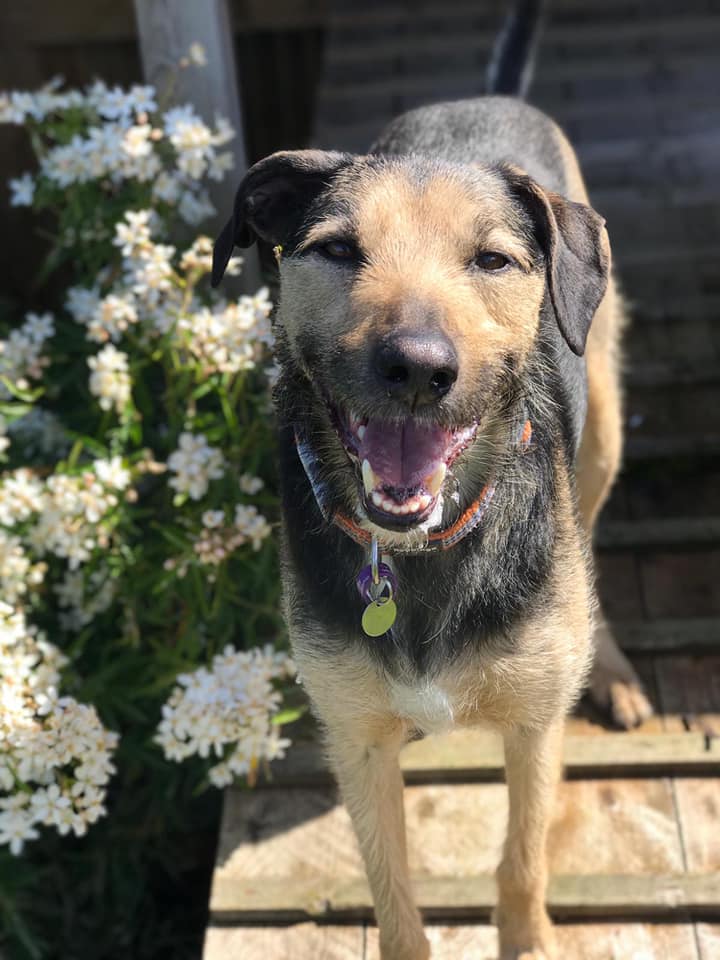 Danny was returned to us following an incident in which he had stolen some chicken wrapped in tin foil from a kitchen work surface. As Danny’s owner tried to take it off him she dropped it and in her panic to retrieve it once again Danny bit her hand. Unfortunately Danny does have a history of resource guarding but we do feel that in a calm, adult only home using exchange methods this will not be an issue. 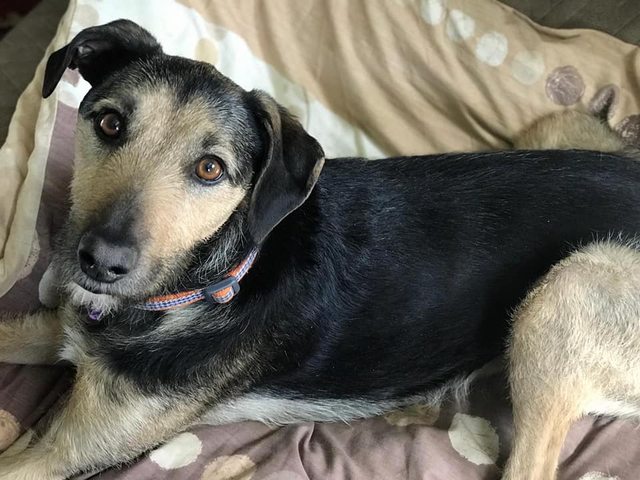 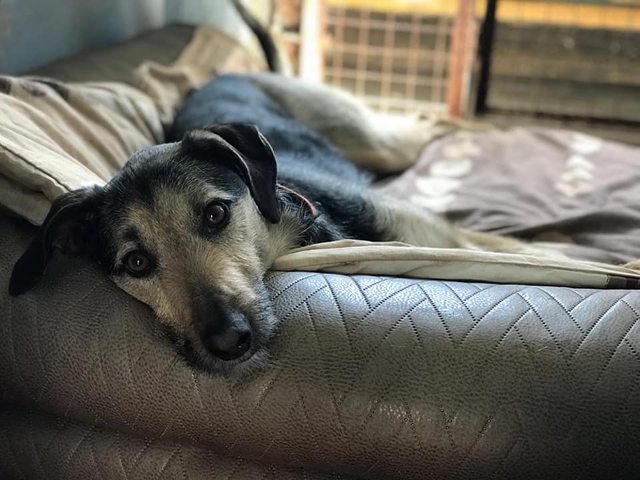 Danny can be quite a nervous and insecure boy, which could be linked to him not being around his mum at a vital age. He does not trust strangers and will need slow, careful introductions to new people. However once Danny has established a friendship with you he is the most affectionate, loyal and devoted boy. 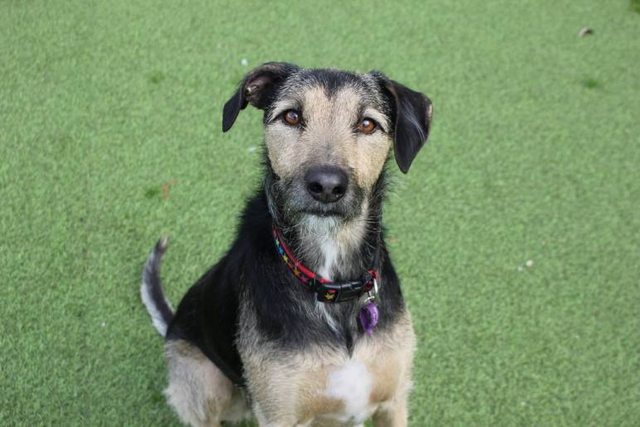 When Danny first came to us he had socialised with some dogs whilst in the care of his owner, however we have found him to be reactive towards dogs on walks. This is something that can be easily handled with a confident and experienced owner as Danny is happy to be muzzled. We are looking for a home where he can be the only pet. 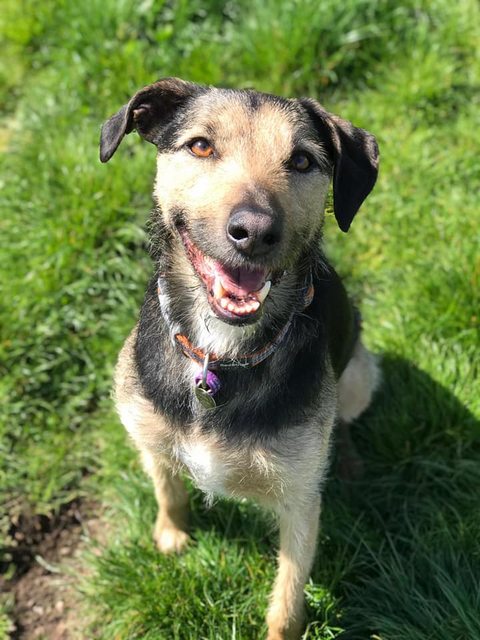 Danny will need a strict adult only home, free from visiting children and without any children planned for the future. Anyone wishing to adopt Danny will need to make several visits to and from the rescue in order to form a bond with him. This will then progress into a slow introduction into the home so please bare your location in mind should you wish to inquire about him. Danny is such a sweet, calm and well behaved boy for the majority of the time and we believe he will make a fantastic companion. We are desperate for him to be given a second chance.

Danny (originally Bullseye) was rehomed from us as a puppy back in 2012. He was part of a litter we dubbed ‘The Toy Story Litter’ who were hand reared by a member of kennel staff. Danny’s mum was a Lurcher and his dad was a Border Terrier, although he is Lurcher in size. Sadly Danny has found himself back with us due to food guarding which unfortunately resulted in him biting his owner when she tried to retrieve a food wrapper which he stole. Danny did drop the wrapper when asked to do so but as his owner picked it up it slipped out of her hand and as she went to grab it again Danny bit her. Danny has never had a problem guarding any other items and is fine when eating, the issues arise when something is dropped in which case it can become a competition for him to grab it before you. 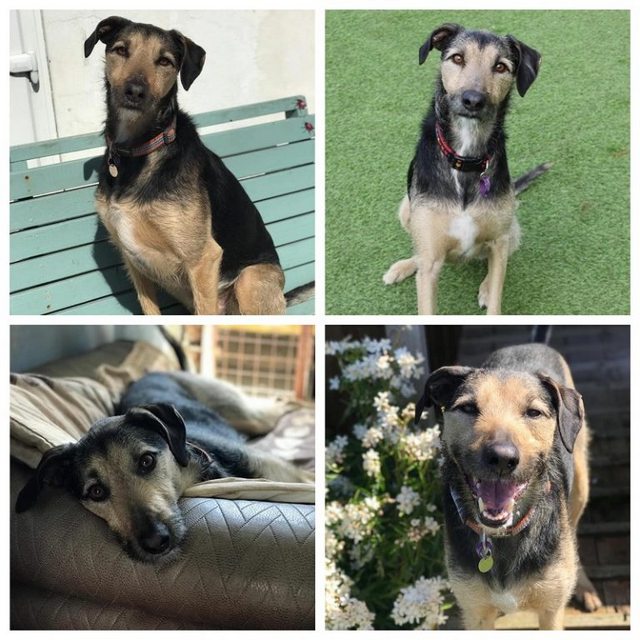 Danny can be quite a nervous and insecure boy, which could be linked to him not being around his mum at a vital age. He does not trust strangers and will need slow, careful introductions to new people. However once Danny has established a friendship with you he is the most affectionate, loyal and devoted boy. Danny will need a quiet, adult only household with a sensible and experienced owner who will allow him to have his own space. He is clean, non-destructive and could also be left alone for a few hours. His new owner will ideally need to live local and be able to make several trips to and from the rescue in order to form a bond with him before adoption. This will progress into home visits to enable Danny a slow introduction into his new home. Danny would like to be the only pet in the home and would like a large secure garden in which he can race around in.

For further details regarding adopting a dog from Freshfields Animal Centre in Liverpool please email kennels@freshfields.org.uk or telephone 0151 931 1604. Address: East Lodge Farm, East Lane, Ince Blundell, Liverpool, L29 3EA Please note: We do a homecheck for all dogs. We will rehome to anywhere in the UK, the only exception being a dog with any behavioural problem that requires someone to meet them as often as possible before adoption, which wouldn't be possible if they lived on the south coast! All dogs are vaccinated, neutered, microchipped, wormed and deflead. We ask a donation of £185 to cover these costs.
Articles: 570