Dennis is a medium sized 18 month old male Cross-Breed. He was taken into the Botosani public shelter in Romania as a puppy and lived all his life there until a few weeks ago when he came to his UK foster home.

Dennis was taken into the Botosani public shelter in Romania as a puppy and lived all his life there unti a few weeks ago when he came to his UK foster home. 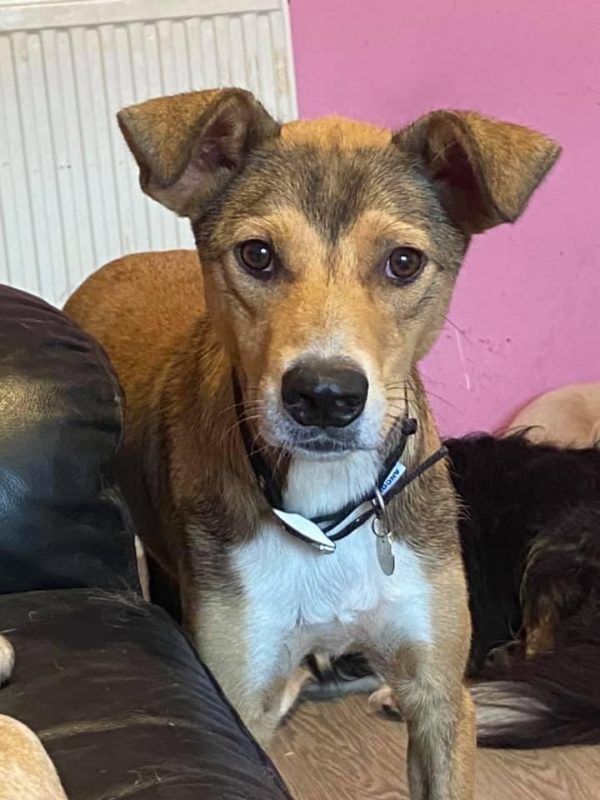 Dennis provides hours of amusement with his comedy antics but is still getting accustomed to human touch. He loves humans and is intrigued and amused by them. He will happily lick them and play with them and display happy dances for them but can still be a bit hit and miss when it comes to fuss.

The aptly named Dennis is indeed a mischievous menace and is exactly as mischievous as he looks in his pics. Dennis is the life and soul of the party kind of dog and is well loved by the other dogs in his foster home as well as the humans. Dennis provides hours of amusement with his comedy antics. 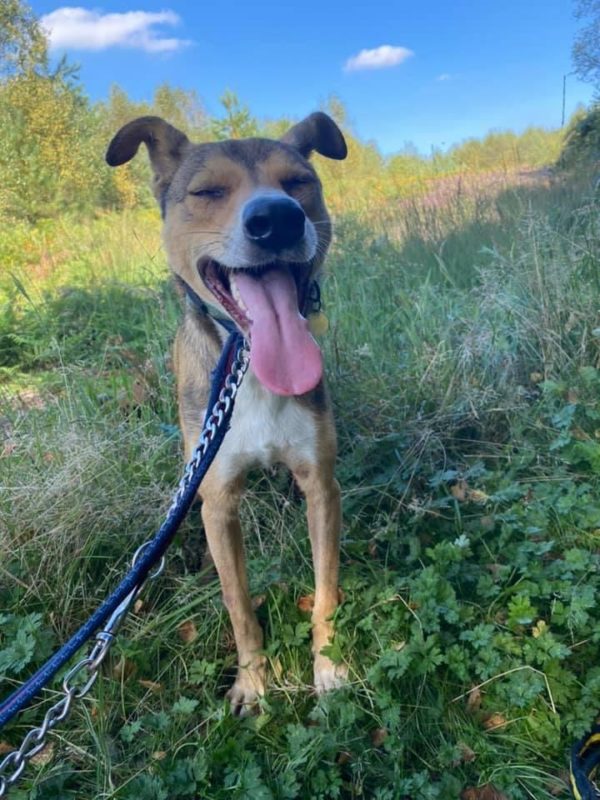 After initially being wary of human touch Dennis is now a very affectionate boy who loves a fuss and a bottom scratch! He can still be a evasive of strangers touching him but that’s perfectly understandable and actually safer than a dog that will go to anyone in a time when dog theft is so rife!

Dennis is now enjoying his walks but is still a little unsure of the outside world as until recently he never saw anything outside of the shelter walls. He is young and bright as a button and he will learn and grow in confidence over the coming weeks. Dennis will need at least one other playful dog in his new home as this will invaluably help his progress. 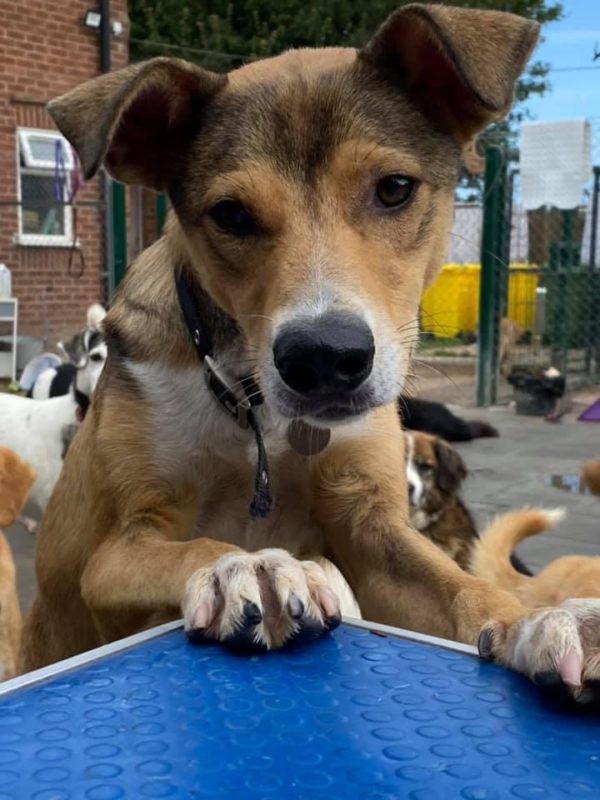 Dennis does play nibble a little and therefore a home with very young children would not be suitable. Dennis is living his puppy life now because his real puppy time was spent in isolated confinement, he will need training and time invested in him and should not be left home alone for any length of time..

Fences and gates must be 5ft min & secure.

Please note that it is Safe Rescue policy that all dogs adopted from us must wear a slip lead to be walked for the duration of their lives. Too many dogs are lost from slipping out of collars and harnesses and many of our dogs are timid due to past ill treatment and likely to panic whilst out and about. It is absolutely okay to use these things additionally to slip leads but not instead of. We also request that extendable retractable leads are never used on our dogs. If you are opposed to slip leads, please do not enquire about our dogs as this is not negotiable. Thank you for understanding. All dogs have to be collected and a crate must be used.

Dogs for Adoption in East AngliaSuitable to Live With Other Dogs

For further details regarding adopting a dog from Safe Rescue please email saferescue@hotmail.co.uk or telephone Kelly Hare 07899 844524 or 07788 251197 We are a voluntary organisation with members from all over the world that have come together to help dogs in need, regardless of their location. To date we have helped dogs from Spain, Cyprus and Turkey but the majority of our work takes place in Romania where we have built up strong relationships with many dedicated rescuers before bringing the dogs to the UK and into foster care for rehoming.
Articles: 1929