Denzil is a 2 year old male Cross-Breed. Little is known about Denzil as he was found as a stray and taken to the pound. When Denzil arrived, he was a young boy but so quiet and calm. He has now been with us 6 months and it is clear that he is a shy boy who likes his own space and prefers to get to know people in his own time. We will be requiring any potential forever homes to meet with Denzil several times prior to rehoming. 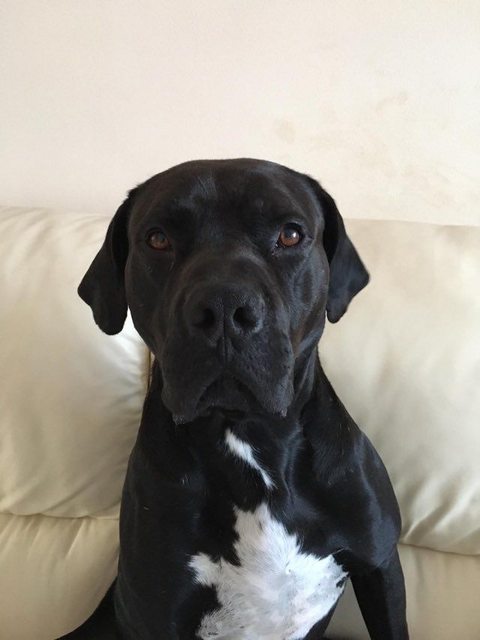 Denzil has a fair few scars on him around his head, neck & ears, including an old tear in one ear. We think he has had probably been hit a few times as he sometimes cowers if you raise your hand quickly, which is why we are looking for a quiet adult home for him so that life will be less overwhelming. He can be sensitive to loud noises, but with time and patience he has become much more confident in his foster home. Although just a young boy, when he arrived, he seemed so much older than he is. Since being with us, his young spirit is returning. 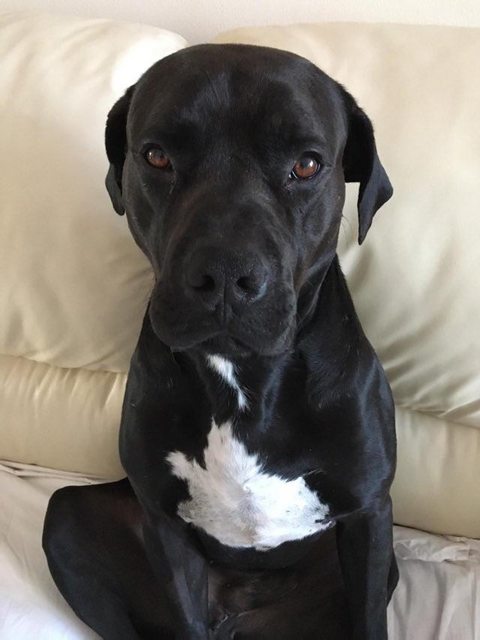 Denzil is generally quite a lazy and sleepy boy, he’s a snorer too! He prefers his own space and isn’t a particularly cuddly dog. He does enjoy playing with toys and balls, he also loves his bed as it’s his safe place. He is a quick learner and very responsive to commands. He knows sit and is picking up others such as stay, leave, come etc. and he walks very well on the lead. 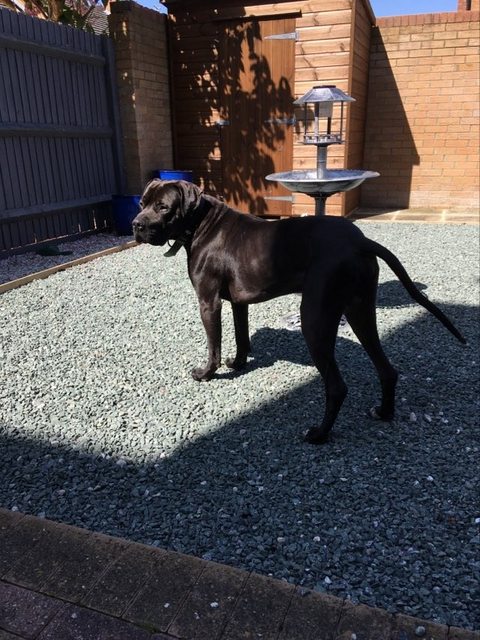 Although a work in progress due to not being taught as a puppy, he is pretty good in the house (toilet trained, not a chewer, not noisy). Overall, for a dog that has not had the best start, he is a wonderful and affectionate boy who wants to learn, and is happiest when he is with his with his chosen humans. He has so much to offer and deserves far better than he has experienced until now. 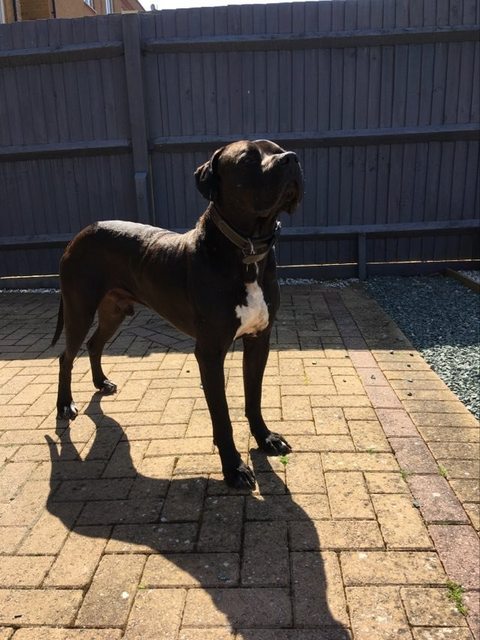 Denzil has been with us for 10 months now and is looking for a really dog experienced home who can respect his space and also provide him with boundaries and routine.

Denzil is muzzled when out on a walk more so due to his size coupled with his lack of socialisation. He has improved a lot with training to the point he can walk politely with some dogs however he will require an experienced handler to confidently continue this. 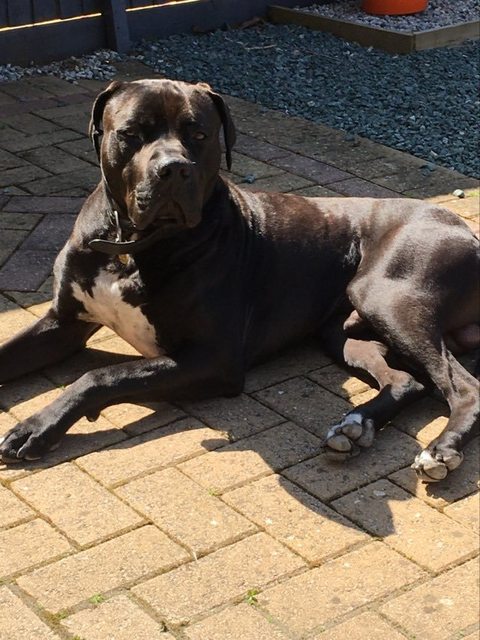 Please have a read through on this link to see how we are working and the current restrictions that we have in place for applicants.

For further details regarding adopting a dog from Staffie and Stray Rescue, based in Bournemouth in Dorset, please email staffiesrescue@gmail.com or visit the website www.staffieandstrayrescue.co.uk The aim of this non-profit organisation is to find foster homes and permanent homes for dogs in need of a new home. They take on dogs whose owners are no longer able to look after them due to unforeseen circumstances. Staffie and Stray Rescue are also in the process of developing a campaign to help change people’s negative attitudes towards Staffordshire bull terriers, who are often portrayed as dangerous dogs in the media. With 75% of stray dogs being Staffordshire bull terriers, they hope to encourage more people to rehome the breed.

Dogs From Staffie and Stray Rescue Dorset (see all dogs)