Dom is a 1 year old male German Spitz. He came to us via another rescue after they had zero luck placing him. It was agreed that Dom needed a specific home finding so he was signed over into our care. Dom is incredibly stranger phobic and confrontational with people he doesn’t know but is essentially a complete nervous wreck who acts out when routine or structure changes. He has always been snappy and difficult initially when he is unsure, but picks his people who he loves and those people can do anything with him. His previous rescue were not able to put Dom in a meet and greet setting as he would show his teeth, lunge and bark. Understandably not really selling himself. 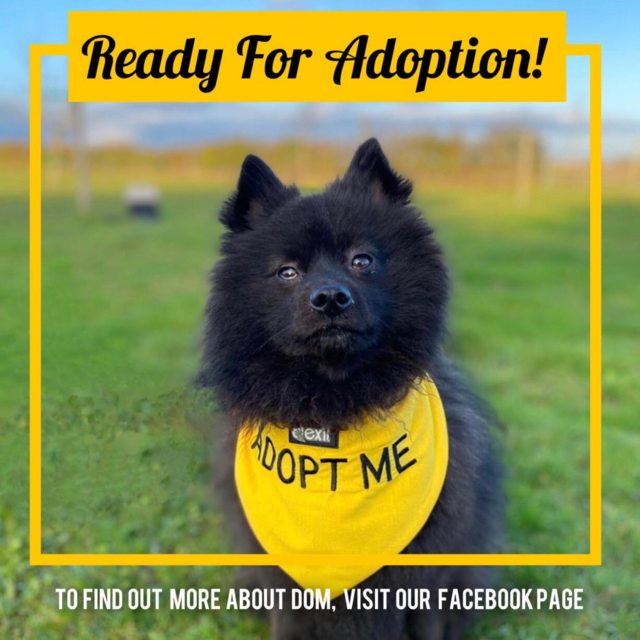 Dom’s behaviour is a learned behaviour from even previous to his last placement where he has learned that if he is not comfortable with a situation aggression will make it go away. Unfortunately this has manifested in him being very volatile when meeting new people and having aggressive outbursts. The further he pushes things the more he gets away with stuff which validates this behavior more for him.

Dom can put on quite a show, growling, showing his teeth and even nipping. He has nipped strangers who tried to stroke him not on his terms at his terms but didn’t break the skin, he can be quite frightening when he wants to go. He doesn’t jump straight to nipping though and gives a fair bit of warning however it is definitely not out of the question for him. 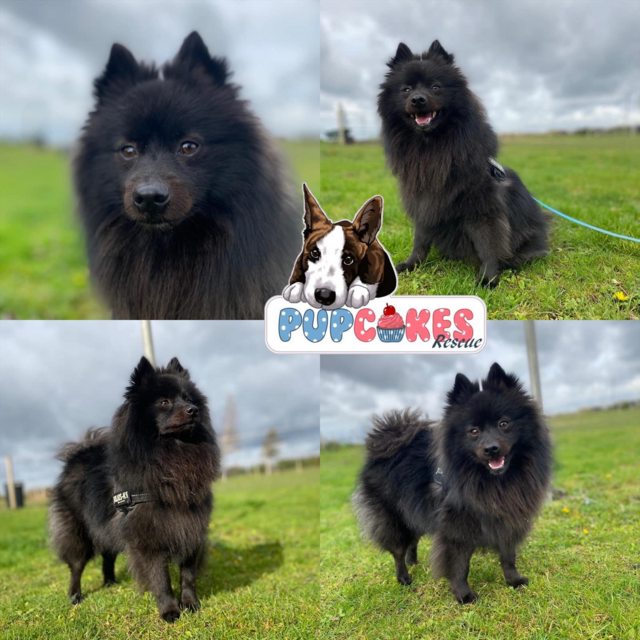 Dom’s behavior is manageable and has improved drastically since coming into our care. It took all of 48 hours before he decided I was actually alright and he allowed me to stroke him and pick him up like it was normal for him. He is much less confrontational and can be redirected out of this behavior a lot easier. The key with him is to be incredibly firm. He needs a very dog savvy home who can read body language. He needs strict firm boundaries. He must not be pandered to and in the event that he starts his growling, teeth showing etc a slip lead must be quickly placed on him and he must be removed from the situation and placed outside or in a separate room to calm down. That’s all it takes.

We would suggest keeping him separate from visitors at first and then doing gradual introductions on a lead with a muzzle where he can be safely controlled and redirected out of the behavior should he reach his threshold with a sudden movement. If this happens he will need to be removed from the situation and taken back to the previous step where he succeeded and was not overstimulated, then you can move forward again at a slower pace. This will set Dom up to succeed and keep everyone safe.

Dom will not be a quick fix and adopters will need to be aware that it could take some time before he is able to greet people confidently. However, as previously mentioned, the main cause for the aggression is things changing in his home environment. With a stable routine he is actually very easy. Part of Doms issues are that he hasn’t been pushed. He needs adopters who understand how to push him out of his comfort zone but put measures in place to keep him and everyone else safe.

Dom gets on well with other dogs all shapes and sized and used to go to a doggie daycare in his original home with no reported problems. He can be a bit jealous at time of attention so this would need to be kept in check. He could live with another friendly playful canine companion of similar size or as a solo dog.

Dom is actually perfect 90% of the time. He’s very sweet, animated and an affectionate little chap. He enjoys attention and loves a bum scratch. He knows basic commands, is housebroken, crate trained, non destructive in the home and happy to be left for reasonable durations of time. He’s a typical Spitz and is very vocal when he wants something. He is really lovely when he is managed correctly and knows he can’t push boundaries.

We must be very clear that Dom has bitten, the size dog that he is, paired with his behavioural issue makes him fully capable of causing significant bodily injury if his behaviour is not correctly and constantly managed to subdue potential outbursts. If Dom’s behaviour were allowed to escalate then he has full capability to inflict anywhere up to a level 5 bite, which consists of multiple bite wounds in quick succession, breaking the skin and inflicting wounds with more than a 1cm depth. This level of bite could cause devastating implications on an adopter’s confidence and physical wellbeing.

If Dom were to cause injury then it would not be a nip, it would potentially be a bite and it would hurt so we at Pupcakes implore that all those eager to submit applications for Dom fully understand their own capabilities regarding canine aggression and whether they could move past an escalated outburst should one arise because if you don’t feel that you would confidently be able to move past any altercations then it may not be the best decision to apply for Dom as we would prefer confident, experienced and dedicated applicants to make sure that Dom has the best chance of succeeding in a home where he can be kept safe.