Dudely is 7 year old male Ratonero Bodeguero Andaluz Cross (Spanish Jack Russell Cross). He weighs 12 kilos and his fosterers say he is a very chilled out and calm boy. Dudley will be great with other dogs and with dog savvy children. He is housetrained and has been left with no separation anxiety in the company of another dog. Dudley however does love his people and when you are in the house he will want to be near you and the other dogs in the house. He travels well in the car and walks well on a lead. 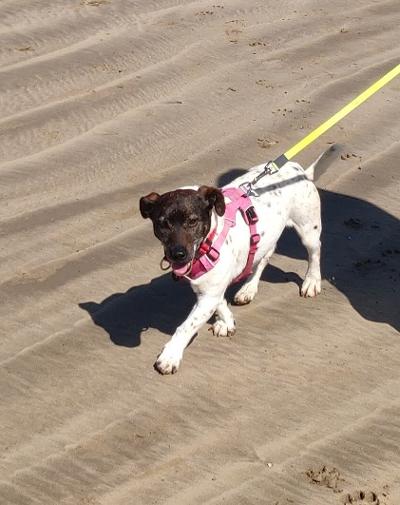 Outside he is good with traffic and introduced himself nicely to other dogs. As he is older he won’t want long walks and is very much a companion dog and would suit an older person or a family with older children. He can be homed as an only dog but he does love the company of another dog or two and would really be happy in either environment as long as he is shown love. Initially when Dudley arrived he was reluctant to be left but now he has settled well and we think he will prefer the company of another dog as his preference. 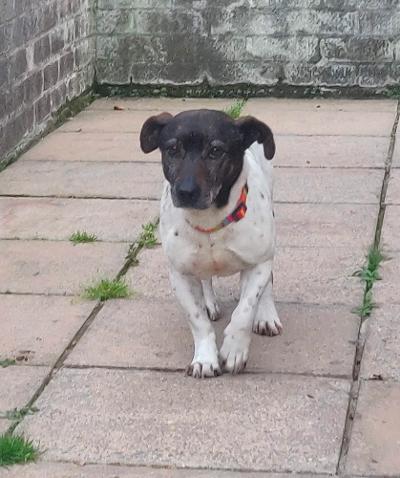 We do not feel Dudley would be good with cats as he has a penchant for chasing squirrels. Dudley was rescued from Cordoba perrera and is currently being treated for babesia which will clear after one more month on doxycycline (provided) and will not return, babesia is not infectious and is the result of a tick bite. He has full blood tests showing he is negative to leishmania, erlichia and filaria which dogs from Spain sometimes have.

Dudley comes fully vaccinated and with his own Spanish pet passport and has been castrated. He is fostered in the Chippenham area and can be met, Dudley’s homing donation is suggested at £330 which covers the cost of his DEFRA transport (receipts can be shown) with the remainder of his rescue costs have already been met by donations from our facebook page (passport, vet fees and castration) .

All dogs rehomed via this rescue will be microchipped, spayed/neutered and vaccinated. Home checks are carried out and full post adoption support is offered.