Ezra is a 2 year old male Shar-Pei . He was rescued from an awful situation as he had been used as a bait dog, worse still, before being dumped he was stabbed twice in his side. 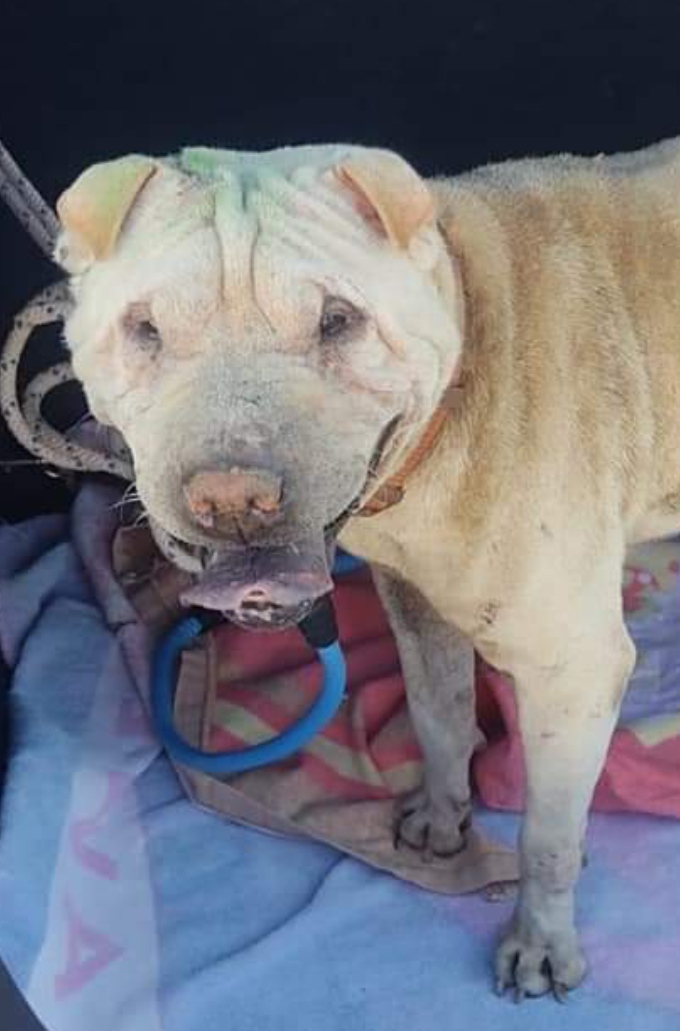 This amazingly resilient dog has bounced back from these incidents and loves nothing more than the company of humans. Ezra is based in Spain but holds a full EU passport and is neutered, chipped and vaccinated. 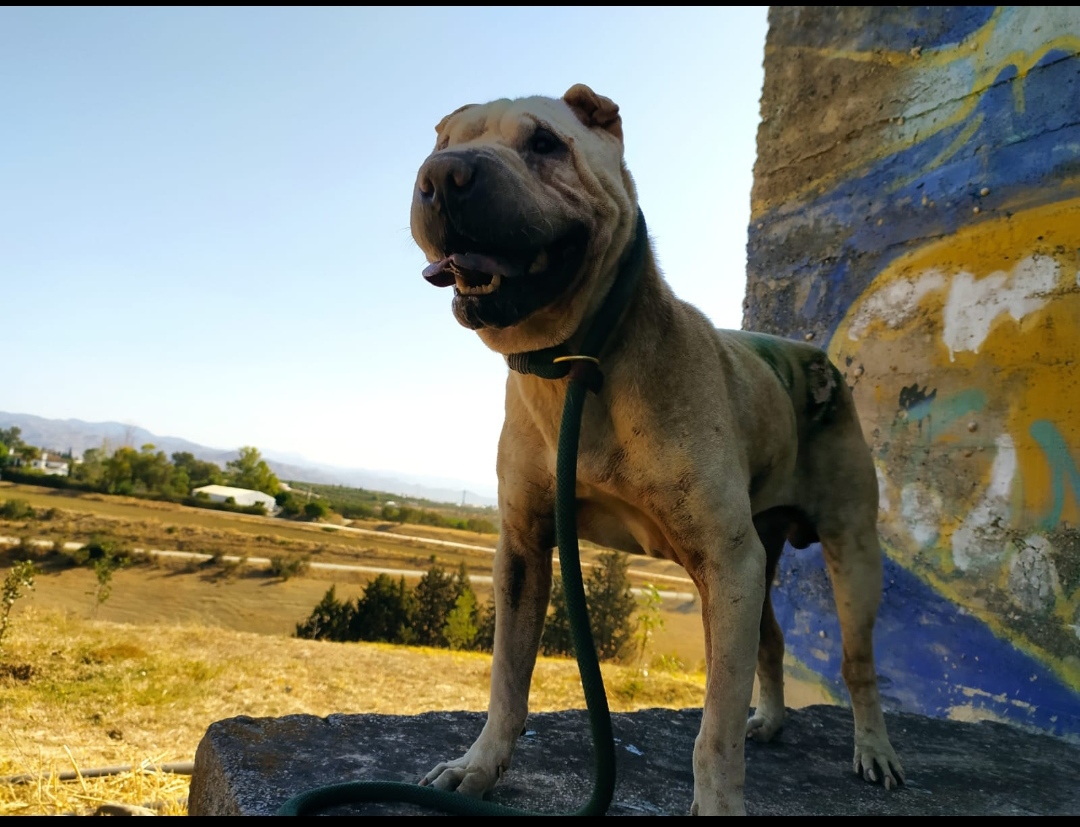 Ezra, like so many European dogs, has low level controlled Liesh which requires a tablet twice a day to maintain his health. 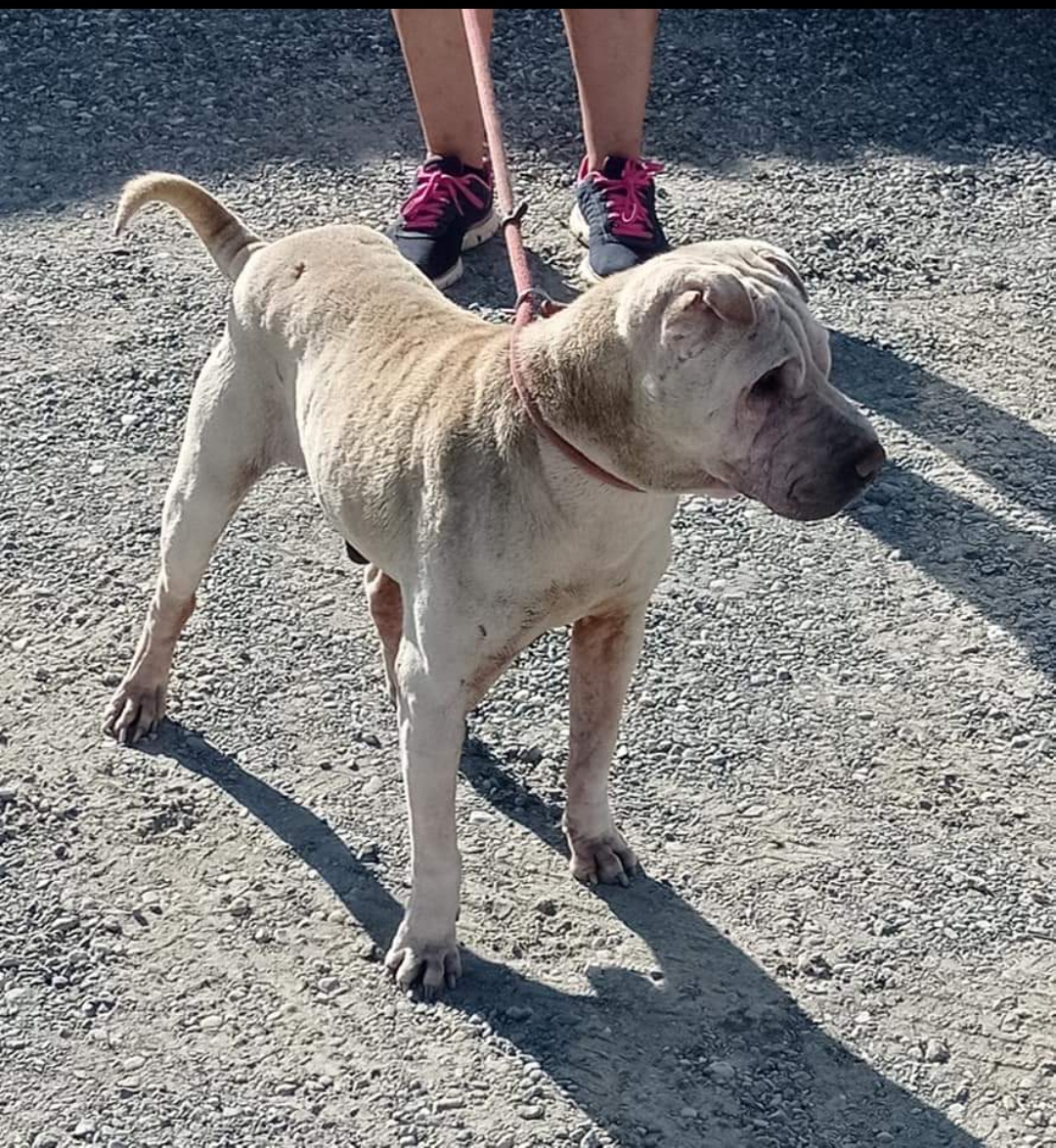 Ezra does have minor issues with other dogs due to his past so a luxury, caring home as an only dog would be best. Ezra is not tested with cats or small children.

For further details about adopting a dog from Sunny Shores Dog Rescue, based in Lymington, Hampshire please email sunnyshoresdr@gmail.com
All our dogs are microchipped, vaccinated and spayed/neutered and parasite free. Full post adoption support is offered. Home and other checks are carried out.

Please note that some of our dogs are based in our own kennels in Malaga Spain. These dogs, when adopted, are legally imported with all required paperwork. They are fully blood tested, chipped with passports and all vaccinations and only dogs that are UK legal under BSL legislation will be eligible for adoption in the UK. Should you choose to adopt a Spanish based dog from SSDR then the tracking paperwork and transport fees are payable on top of the adoption donation.

Our website is www.sunnyshoresdogrescue.org where you can see all of our dogs and download an application form