Ah Freddie the lovely Rottweiler cross is now 2 ½ years old and has never lived in a home after spending the first year of his life on a chain in the garden he was eventually given up when he was a nuisance – jumping up at children when they wanted to play in the garden! He spent the second year of his life in a very large rescue centre where he did not cope with the large volume of visitors going past every day so was moved to a isolation block which he shared with a female Newfoundland who he adored, unfortunately when she was rehomed he found himself alone again and very frustrated.

Rottweilers in Need where approached to take him on and stepped in to give him the chance of a proper life that he has not yet had. 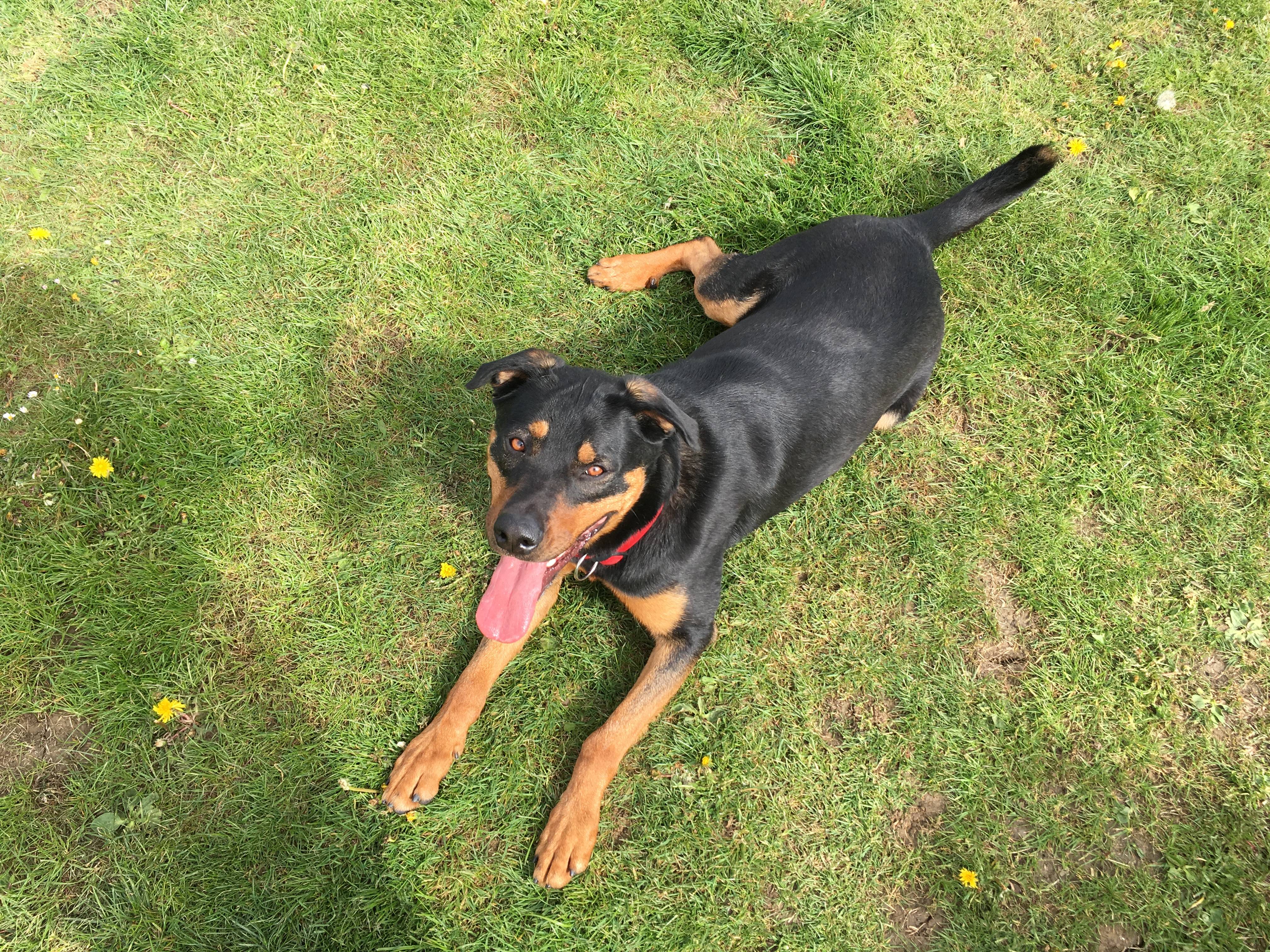 At first he was very apprehensive of the outside world and everyday indoor things other dogs take for granted, luckily he is also very inquisitive and will keep investigating until he has worked out what things are – simple things a bottle laying in the grass, a ticking clock, a tumble dryer, water running down the plughole! These have all been things Freddie has needed to work out as being safe! 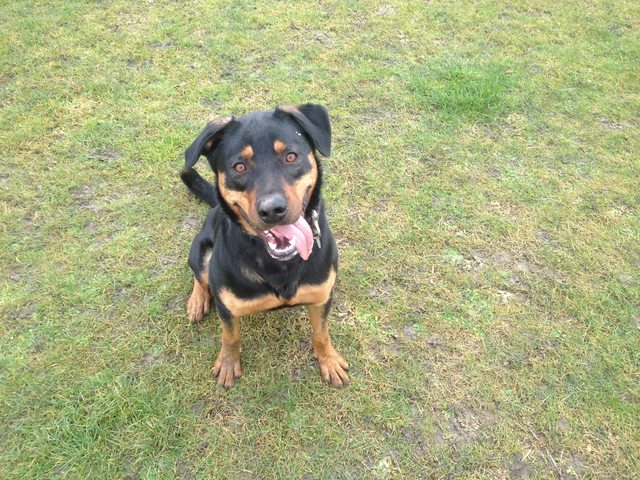 Freddie’s excitable nature might give the impression that he is confident but in fact he needs a lot of calm guidance and reassurance. He also loves to learn, he loves getting something right and would really benefit from “A hobby” to share with his owner, something to keep him busy, to focus on and increase his bond. He is very toy orientated and foodie which helps greatly with training! He loves people and is generally very good with other dogs. He is a very affectionate boy who craves attention and contact unfortunately after two years of learning that this was only received by stealing things / jumping up and arm grabbing, it is an ongoing job to teach him otherwise! 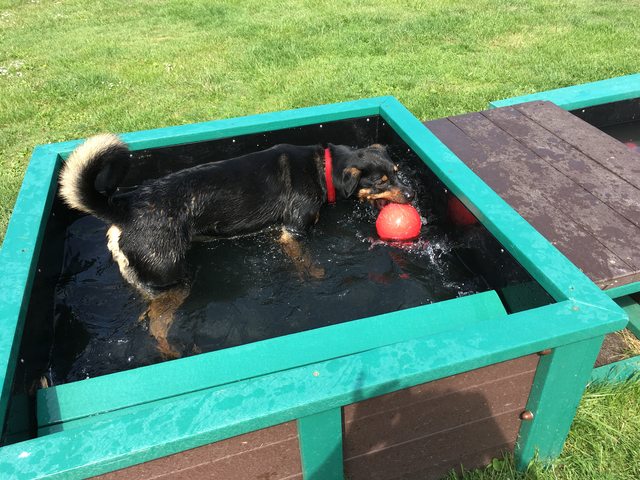 Despite a great improvement all round we do sometimes have relapses of his behaviour normally when frustrated or when with someone new, because of this he will need an experienced confident home that will be able to deal with this . Although a home of his own is just what Freddie needs to have a proper life he will probably find the change stressful. He has not lived in a home environment before so to help with house training and stealing “new toys” (or so he thinks !) he would probably benefit from a kennel / own area at first if he needed to be left on his own just to avoid accidents and keep him safe.

Freddie has been massively let down by people so far and just needs that one person to turn his life round for him, it may not be easy but it will be rewarding.

For further details regarding adopting a dog from Woodview Kennels in Hockley, Essex please contact Tammany by telephoning 01702 202474.