Gomez is a 1-2 year old male Cross-Breed. He was brought into the shelter with his pal Otto, after being found wandering as strays together in Nicosia.

They were both absolutely terrified and arrived at the gates having soiled themselves, and drooling profusely from stress. It was heartbreaking to see them so confused and scared. 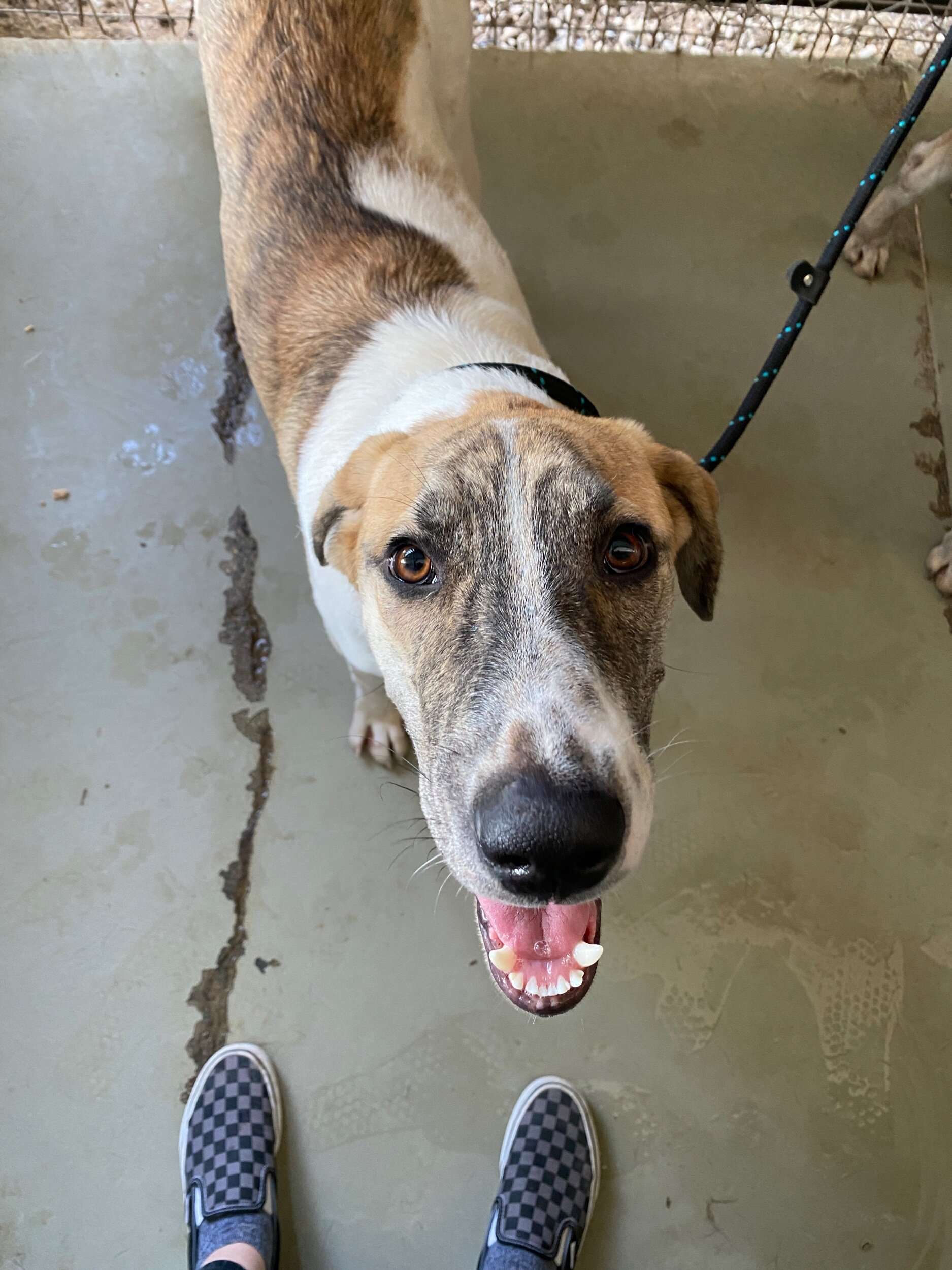 Gomez is thought to be around a year old and is a bouncy, excitable, and playful young dog. He is enthusiastic about everything and absolutely loves meeting new people.

He can be a little overzealous with his approach and we’re working on encouraging him not to jump up so much at the moment. 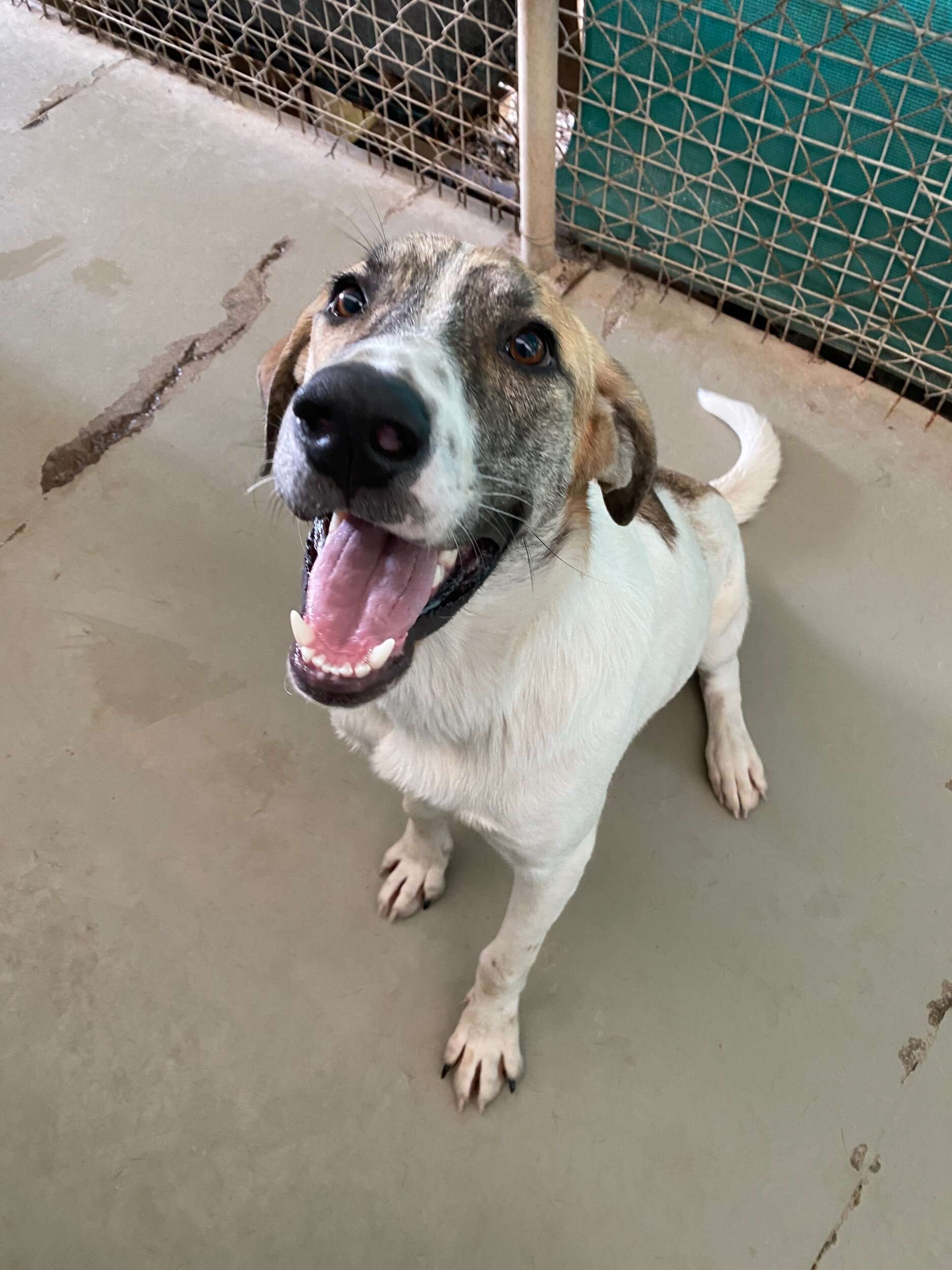 With this in mind, he would be better suited to children who have grown up around dogs before and won’t be overwhelmed by his size and bounciness. He means absolutely no harm, but he’s not a small dog so doesn’t quite recognize his size or strength!

Now he’s settled into the shelter, Gomez’s personality is really beginning to shine. He’s a goofy, comical boy and he absolutely adores being around people.

He loves the company of Otto, but is also very friendly with other dogs and would be able to live alongside a resident pup in his new home. 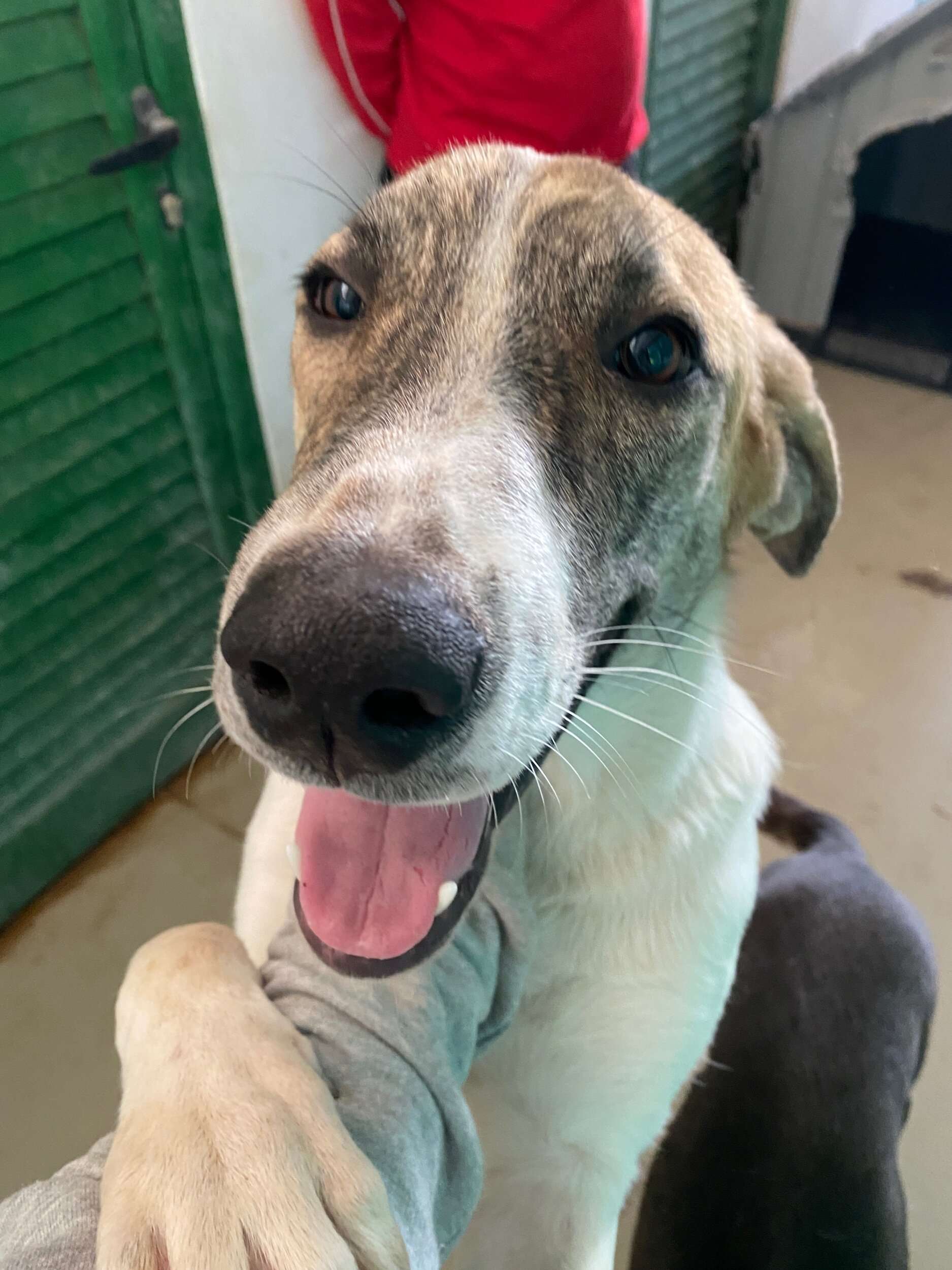 Gomez would really enjoy the company of another equally playful dog but might be a bit full-on for an older, more docile pup. Gomez is a confident boy and would really shine in a family home.

He would like an active lifestyle with a lot of opportunities for long walks, and he would also really like a home with access to a secure garden. 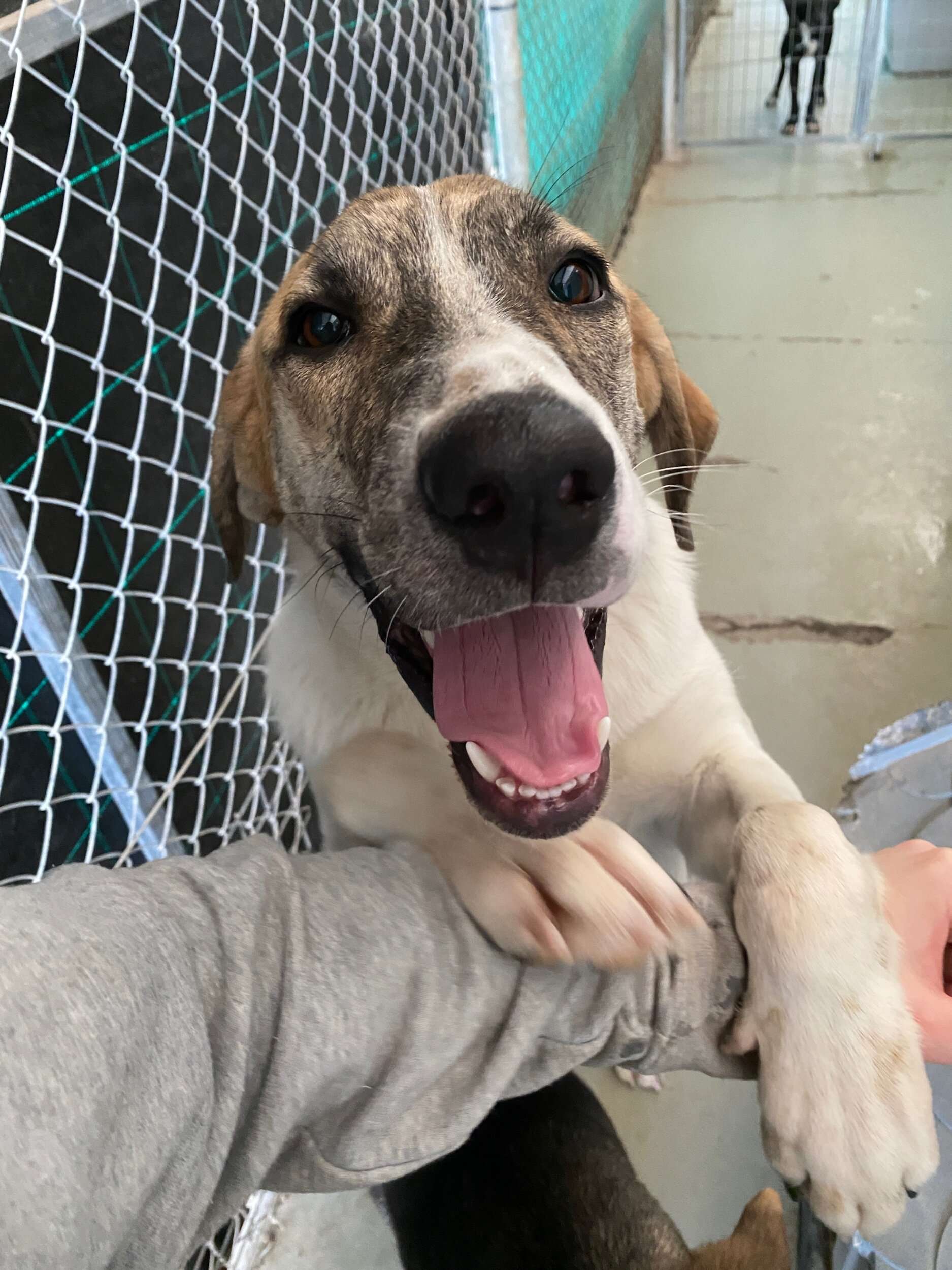 He would rather live outside of the city than in a built-up area, so the surrounding environment isn’t too over-stimulating for him, but in time we think Gomez is going to absolutely flourish. He just needs a little patience and reassurance to settle in. 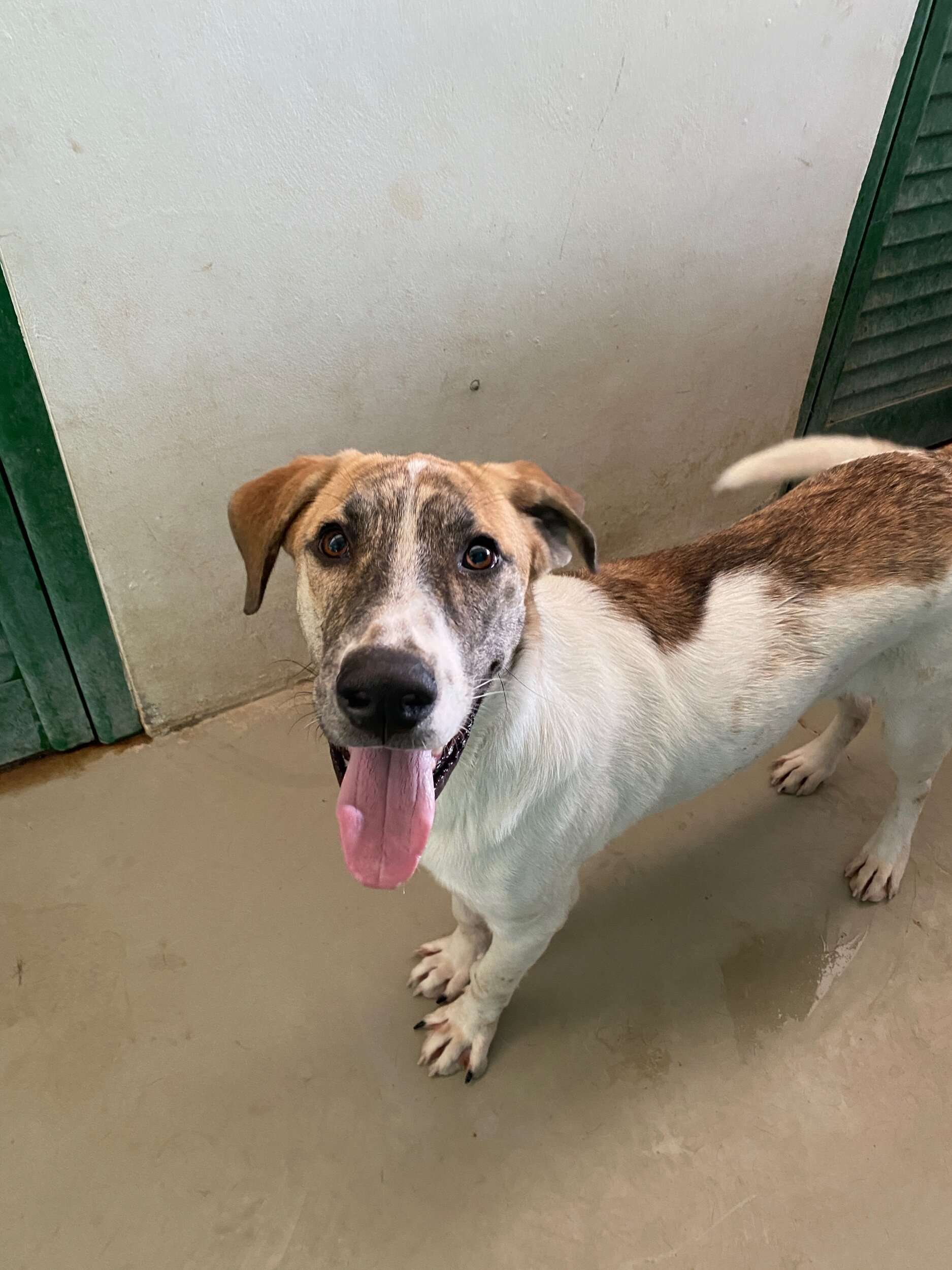 Gomez is currently based in Cyprus and has a clean bill of health. He is ready to travel once he finds his forever home.