Guinness is a 3-4 year old male Chihuahua. He has come into rescue as his owners were struggling to cope with his lead reactivity and anxiety leading them to feel that they weren’t in a position to help him over come it as it was too overwhelming for them. Guinness is very reactive to dogs and busy places and vocalizes loudly when faced with something unfamiliar to him. 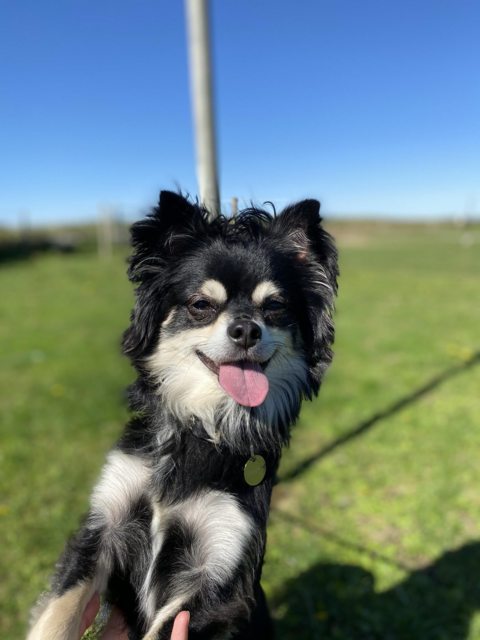 We have been working on Guinness’ reactivity for a month now and it is nicely under control in most areas. He can walk calmly in busy public places now and is much more receptive to training in general. He is still unsure meeting new people however he redirects this anxiety into humping rather than vocalising with people and we are continuing our work on this but he is young and smart and responding well to being given a new way of thinking. He’s actually getting quite friendly with new people now, he will kiss and frolicking all over them, however can easily get overstimulated still.

Guinness has always been timid in nature and weary of strangers from an early age. Whilst his family have done their best to combat this he has not overly been pushed out of his comfort Zones due to fear of how he will react in new environments so has not come on a lot with meeting new people and dogs. He is worse meeting new dogs, especially larger ones and can become very volatile towards them, however he cohabits with placid smaller dogs and ones his own size very well. 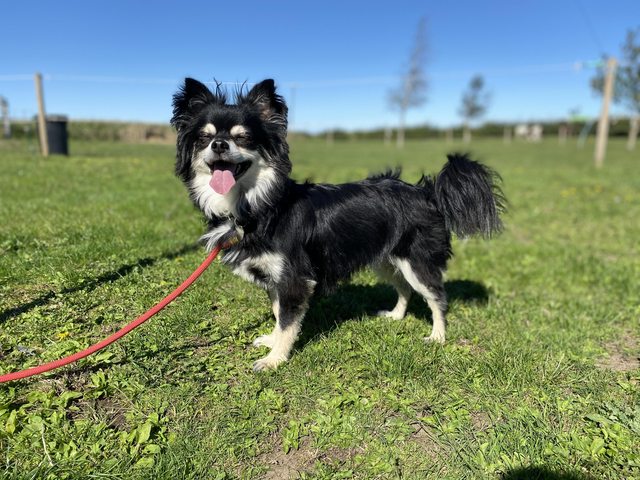 We have witnessed evidence of humping them when pushed over his threshold so believe this is coming from a place of fear in an unstable environment where he is struggling to cope with adjusting to things rather than an ingrained behavior. This is basically fear reactivity coupled with his fear of strangers and new dogs. He will need training with people and a positive association will need to be built with new people and dogs entering his space. We can advise on this further with a training plan we have set out for him.

Guinness is a typical example of his breed; a complete live wire, boisterous, mouthy and incredibly sweet lad when he knows you. He is shy with strangers at first but this is really improving with gentle encouragement and positive reinforcement. Guinness has so much character. He enjoys being fussed and loves companionship. If you sit down he jumps onto your lap and begs you to stroke him. 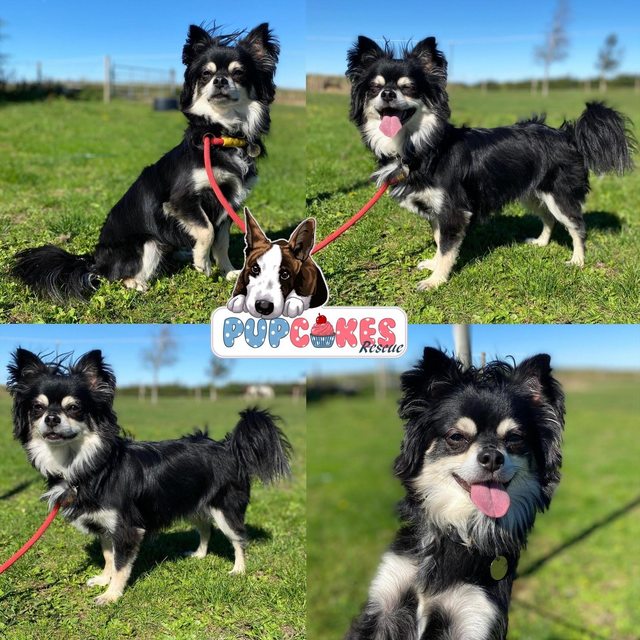 Guinness shares his suite with another dog and gets on well with them. He has previously lived with one also. He is unphased by dogs that he has already accepted and doesn’t have any issues with food, beds or toys however his reactivity sometimes triggers him to redirect this anxiety on to another dog so we are looking for a dog free home for him. He mingles with lots of different characters without problems and he enjoys having a play but as previously mentioned his anxiety can cause him to hump and he reacts very badly to dogs he’s not met before especially where there is a lead or barrier involved.

Guinness has had a high level of training, walks great on the lead, travels well in the car and knows a lot of tricks and commands. He has been politeness trained so waits patiently for food and does not beg.

Guinness has bitten however the circumstances around the situation are unclear. His owners were very anxious and said they may have been projecting anxieties into him which caused more problems but we were led to believe that he bit the husband when guarding either the sofa or the wife from him. They were advised by a behaviourist previously to not allow him on the sofa and this incident did not repeat itself.