Hugo is a 6 year old male French Bulldog. He was relinquished into rescue due to guarding issues – he’s always done it from a puppy, but it was never dealt with so it escalated. He started off crate guarding – they just took the crate away. He escalated to guarding entire house. He was fine with owners and people he trusts but just not with strangers. His previous owners didn’t view this as a problem, they just shut him away when they had visitors. Unfortunately their circumstances changed and they had a little girl, Hugo could not cope with it so he was surrendered into rescue. One eye was literally on the verge of rupture – neglected eye ulcer plus and glaucoma. He was straight in for emergency op within 24 hrs of coming in. He also saw an opthalmic specialist to check on remaining eye. He had a small wart on the lid preventing him closing it fully; that was removed to avoid dry eye. No other health issues at all and the remaining eye needs no special treatment. 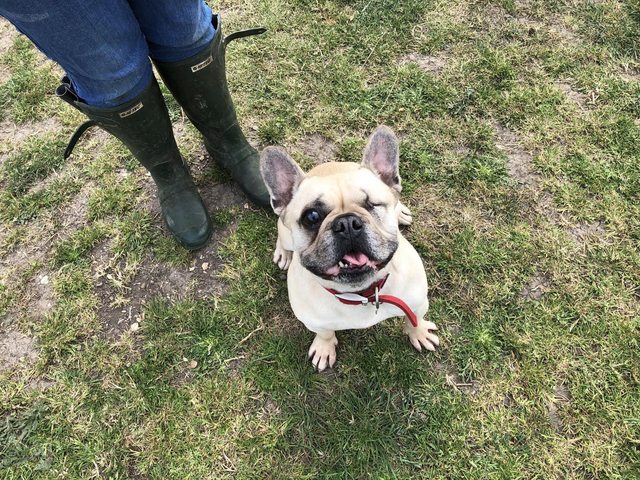 Hugo has spent 10 months in a foster home where he arrived with 6 years of bad behavior ingrained into him. His foster mum has overlaid this with careful training in how to behave acceptably and a year later most of his issues have been overcome. However you can’t overturn 6 years worth of bad habits just like that; they are still there and if you don’t follow the guidance given he WILL revert and the behavior will escalate. Hugo has never shown any space guarding with us – he was never given chance to stake a claim. He is fine with every dog he meets but can be very possessive and dominant in the home with dogs. He will not listen to dog signals, but he does obey human intervention. Hates cats, and hates children of any age. And loathes vets with a passion. He is clean and quiet in the house can be left with no issue. He is actually very well behaved and well trained – he is clever. Does sit, down, roll over, both paws, walks nice on lead, no food aggression. 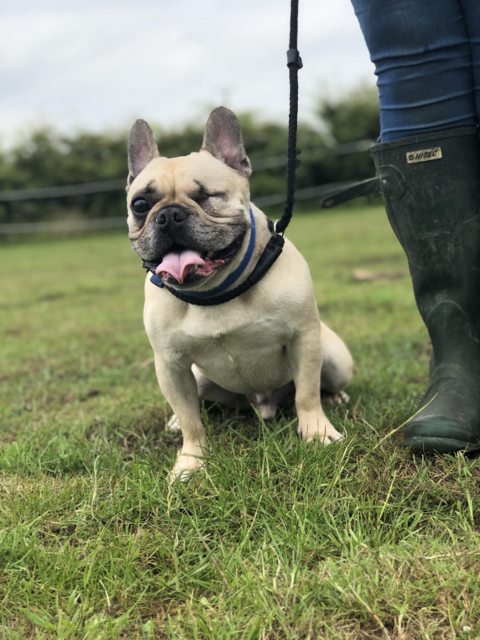 If Hugo doesn’t get firm boundaries, he gets distressed, and thats when his problems arise – he will panic and sort of punch. Its not a bite, but it looks nasty and you do feel it. It is a “panic nip.” He doesnt like strangers trying to touch his collar or harness – if you just calmly go for it, he is fine, if you are hesitant instantly he gets worried. Literally the best thing to do is shut him out to calm down for a couple of mins – that is all it takes, he calms down and is back to himself again. He’s actually a really sweet loving boy, but he cant cope with feeling all at sea.

Four weeks ago, surely by a stroke of luck, he was adopted by a seemingly perfect family until he was returned last weekend due to further issues with his resource guarding. During this time despite advice and guidance given by the rescue Hugo’s behavior was allowed to spiral out of control to the point that he bit a family member. We are incredibly sad about this as he has previously never bitten and labelling him as a biter due to a preventable bite instance does seem harsh but unfortunately this is what it now is. The rescue are willing to discuss the circumstances in full with any potential adopters. 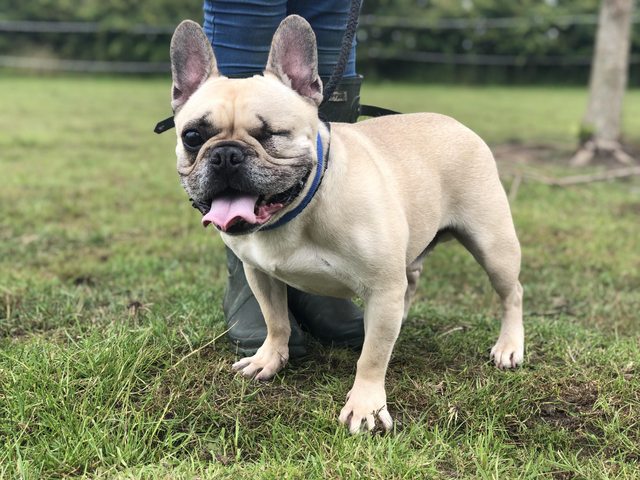 Hugo needs a home with experienced committed adopters who will work with him initially. Once he trusts you and gets over his initial fear he is a dream dog you can do anything with but he absolutely MUST be managed. Resource guarding is not a quick fix and it will not go away with love and kindness. It’s needs lifetime continued management. The rescue will offer ongoing continued support with his issues.

Hugo is neutered, vaccinated and microchipped and will be subject to a homecheck and adoption donation. He will also come with 4 weeks free insurance and a voucher for a box of free food.