Hunter is a 10 month old male Border Collie. He is neutered, vaccinated and microchipped. He will be Flea and worm treated and leave with a lead, collar and harness. Hunter has come into rescue due to resource guarding in his home. This was made worse by the wife being pregnant and expecting their first child later this year.

Having spoken to a behaviorist and multiple trainers, they had tried various techniques, however it became more obvious that Hunter won’t be suitable for a household with a child and will need to be managed. This isn’t a lifestyle that would suit Hunter since he is sociable, nor his family since they would not be able to dedicate the time to managing this by keeping him separate from a child for the rest of his life. They also felt this would be unfair on Hunter. 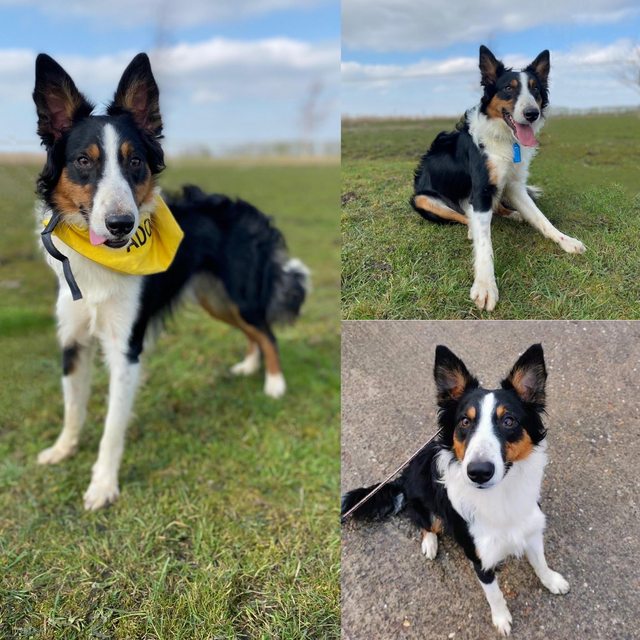 Hunter has had a lot of training and really enjoys learning new things. He is incredibly high energy even for a Collie and gets bored and restless if he’s stood around for too long. He would make a fantastic sports dog prospect and would excel at something he really had to think about.

Hunter is incredibly intelligent. A lot of his resource guarding manifests because he gets bored and frustrated, so he makes conflict to give himself something to think about. He will go out of his way to seek confrontation as this gives him a lot of gratification for the behavior.

Hunter loves other dogs and enjoys playing with them. As previously noted he is VERY high energy and would be too much for a timid dog, elderly dog or one with very low tolerance for bouncy in your face dogs. He would do well with a social playful canine of similar energy level.

Strictly no children (18y+) visiting and resident due to his issues and unpredictability around resource. His early body language prior to biting would be difficult for a child to recognise. Because of the potential injury he can cause we cannot home him with children under the age of 18.