Hunter is a 6 year old male English Springer Spaniel. He was trained as a prison search dog. He failed his last assessment in March because he bit on the fake drug dummy too hard. (He had worked for them for 3 years.) His training for them was firm, with clear and consistent lessons and commands.

He was then signed over to a fosterer for her to find him a home. She had 8 other dogs, plus she runs a doggie daycare [In my opinion, he was given too much freedom after his initial training, and he went little nuts]. 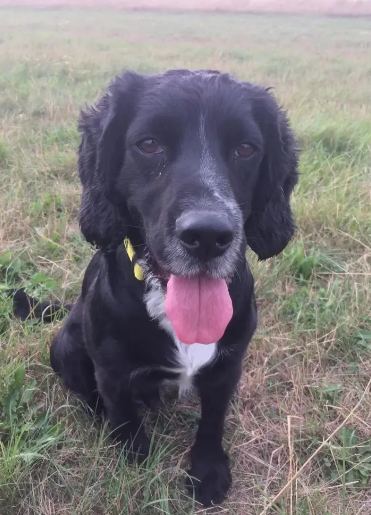 He was then rehomed to a woman with another dog. Hunter was only there 2 nights, as he jumped up and grazed the woman’s hand. He then came to Spaniel Aid. He previously slept in the kitchen in a bed, but with us, he sleeps in our bedroom on his bed. He’s perfectly quiet overnight, lazy about getting up at 0630 (my husband’s wake-up time,) and prefers to get up with me at 0700.

Out into the garden, lots of sniffing, then breakfast and mooches about whilst I dress. Hunter is fed alone in the kitchen, with our own dog in the utility. I take both Hunter and our dog out for a long walk, followed by a series of short individual training periods throughout the day. 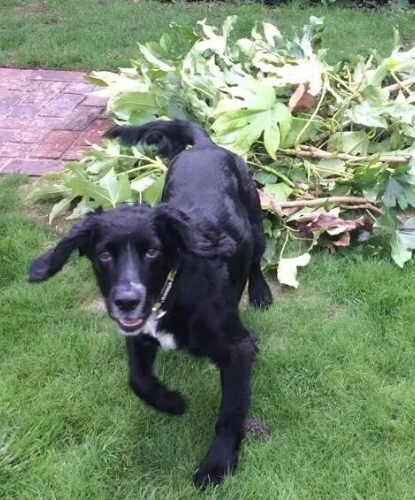 “Final pee” (that’s the command we give) is done at 1030/1100pm and then straight onto his bed with a chew. He still growls initially at dogs he doesn’t know, then is fine when he gets to know them. We’re training to improve his initial contact, but initially keeping him on a lead and if he lunges at the other dog, walk him away with the command, ‘leave it. Progress is slow but good. When he came to us, he barked and growled at people he didn’t know. On one occasion, when out on a lead, lunged at a woman ripping her shirt and scratching her arm. With the aid of a behaviorist giving us the CORRECT lessons to follow, he now greets newcomers to the house with utter indifference. 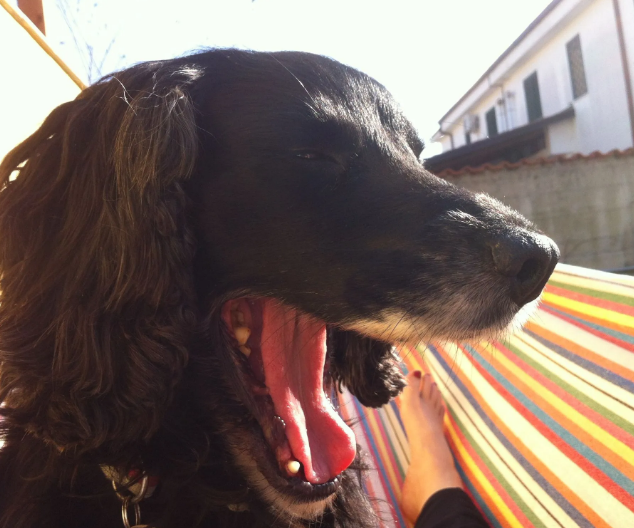 I’m so very proud of his progress. He loves playing and cuddling and is happy to be groomed and handled. When feeding, he has slowed down his feeding speed since he arrived, but still growls if our own dog is nearby. So we feed both male dogs separately, it’s just common sense. Initially, he wouldn’t drop his ball/toy when told but now will do so with the command “Give” and a reward afterward.

All training I’ve done with him, inside and outside, is reward-focused. Rewards are initially sausage/piece of kibble (frankfurters are the favorite) and the voice command “Yes”. Now he has sausage 50% of the time, and “Yes” the rest. He now has excellent recall with voice commands and loves chasing his balls/toys/dummies. 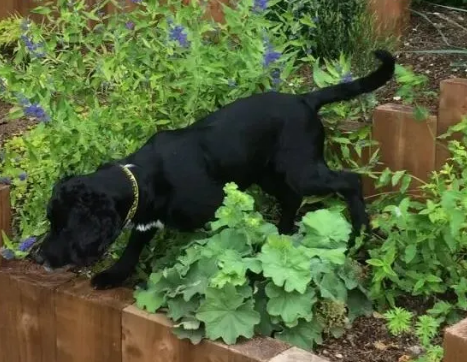 But, he chases birds, reacted badly with the first horse he saw, and has yet not seen cats (and I don’t think that meeting will go well…) Initially he had no idea how to swim, but now is into our nearby rivers like a duck in water – particularly good when he’s rolled in wet cow pats. However, after a single occasion when he lunged at a stranger when on a lead, we’ve added keeping calm and focused to his training. Above you’ll see I mention a lot of current training. I took on a confused dog – referred to as a ‘Bouncer’ (as in bounced from one home to another.) After 5 years of a reassuring structured life as a working dog, he was passed to someone who – for 5 months – gave him too much freedom. 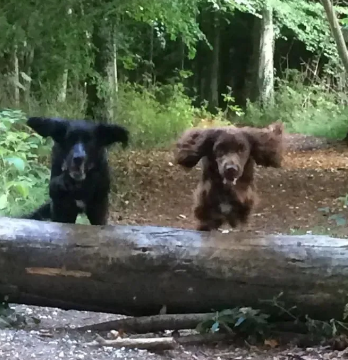 We’ve been gently re-introducing a reassuring routine, structure, and rules. Wonderfully, Hunter is showing that he feels safe and more confident with these certainties. None of our routines are harsh, they are the same as our own dog has: There is playtime and then there is utility/under my desk rest time. And repeat. Importantly, Hunter is reacting REALLY well to training – both for meeting new people, dealing with strange situations, meeting new dogs, and so on. I’m confident with continued training Hunter will become a really well-behaved dog.

Hunter has bitten the last foster, causing a small puncture wound. With other dogs, he is still snappy on initial meetings until he gets to know them, (but see above on our training for this,) and please keep in mind that snappy does not mean fighting. 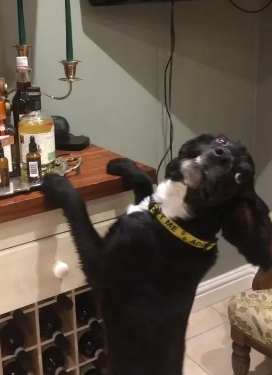 Due to his history and the fact that further work will be needed with him, he cannot go to a home with children. Despite being snappy on the initial meeting, he loves other dogs – his best mate is a huge male boxer called Boris. Consequently, he can go to a house with either a neutered male or a female. As he is constantly on the go, he needs an active adult only in rural or semi-environments.

Please please don’t take this bonnie chap on unless you’re willing to continue his training. But also, don’t be put off by his history. He is NOT an aggressive dog, but one who needs time to settle and guide rules to follow.