Irina, 2 years old, small size cross breed. Irina is a Romanian crossbreed about 2 years old who has been with us about 3 weeks now and she has quickly made herself at home. We were warned before she arrived that she may have been traumatised by her experiences and could have emotional issues but nothing could be further from the truth. Irina is living proof of the resilience and forgiving nature of dogs. Her only scars are physical and those are healing very well. 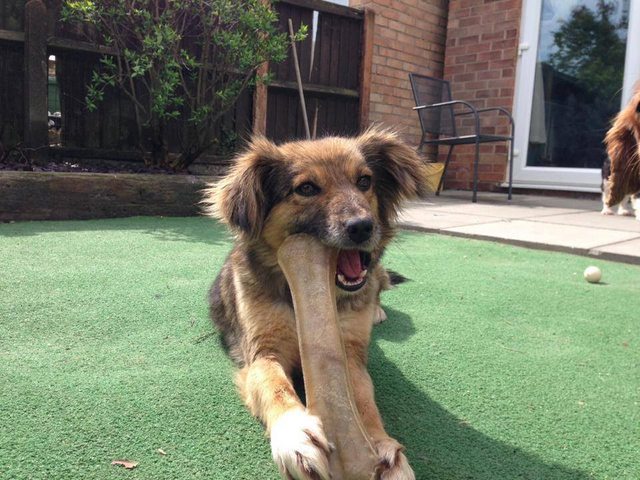 When she first arrived her leg was a little weak so she would occasionally limp if she over exerted herself but her it’s improving very quickly. With exercise her muscle mass has increased and she has no sign of any permanent physical damage. 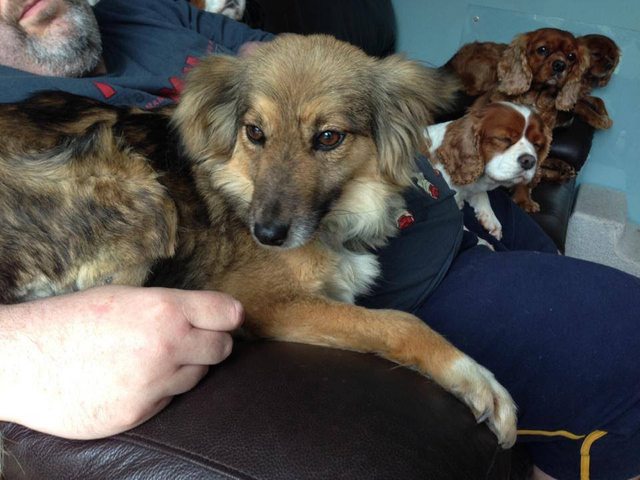 Considering what people had done to her you would expect her to be fearful of people but she LOVES people. Irina doesn’t just wag her tail, she wags the whole back end of her body and it doesn’t stop. You only need to say her name and the tails starts. Tell her she’s a good girl or even just say her name and she’s like a wriggling fish, her whole body contorting in the wag. It’s fantastic to see the effect of a few kind words on her. One upsetting aspect of this is that knowing Irina how we do now it is very likely that her tail was still wagging when those terrible things were being done to her. I don’t think she is capable of seeing the bad in people. 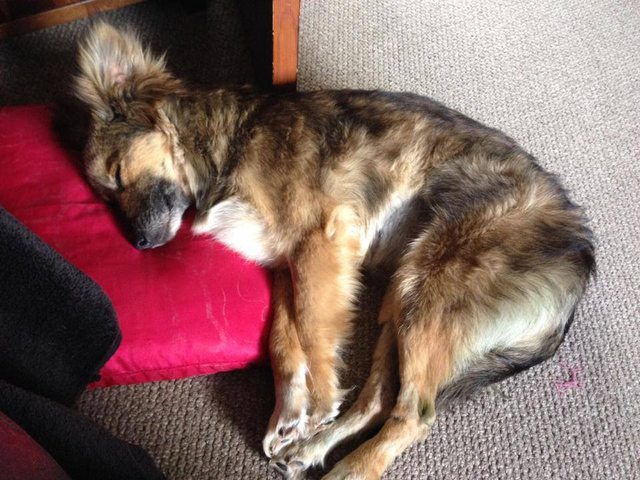 One thing Irina has discovered very quickly and become very fond of is play. She doesn’t stop. Whether it is with a chew toy, her furry friends or her people she just wants to play and interact. She’s still a little wary of being held but will jump up on your lap for a cuddle. You won’t get long as she doesn’t want to waste valuable play time but you will get a little kiss before she jumps off.

Irina would benefit with being homed with an energetic resident dog as a playmate. Ideally older children as she can get excited and jump up and her new home must have a secure garden. Irina is a loving, friendly dog who is very much like a puppy. She will make somebody a wonderful friend and companion and she deserves a chance of finding a loving forever home where she can have the life all dogs deserve.

We are a voluntary organisation with members from all over the world that have come together to help dogs in need, regardless of their location. To date we have helped dogs from Spain, Cyprus and Turkey but the majority of our work takes place in Romania where we have built up strong relationships with many dedicated rescuers before bringing the dogs to the UK and into foster care for rehoming.