Joan is a 4 year old female Cross-Breed. She is a rescue from the dog meat trade in China. During the pandemic the cost of bringing a dog from China to the UK was around £3000. We are so pleased to say this has now reduced to £1600. 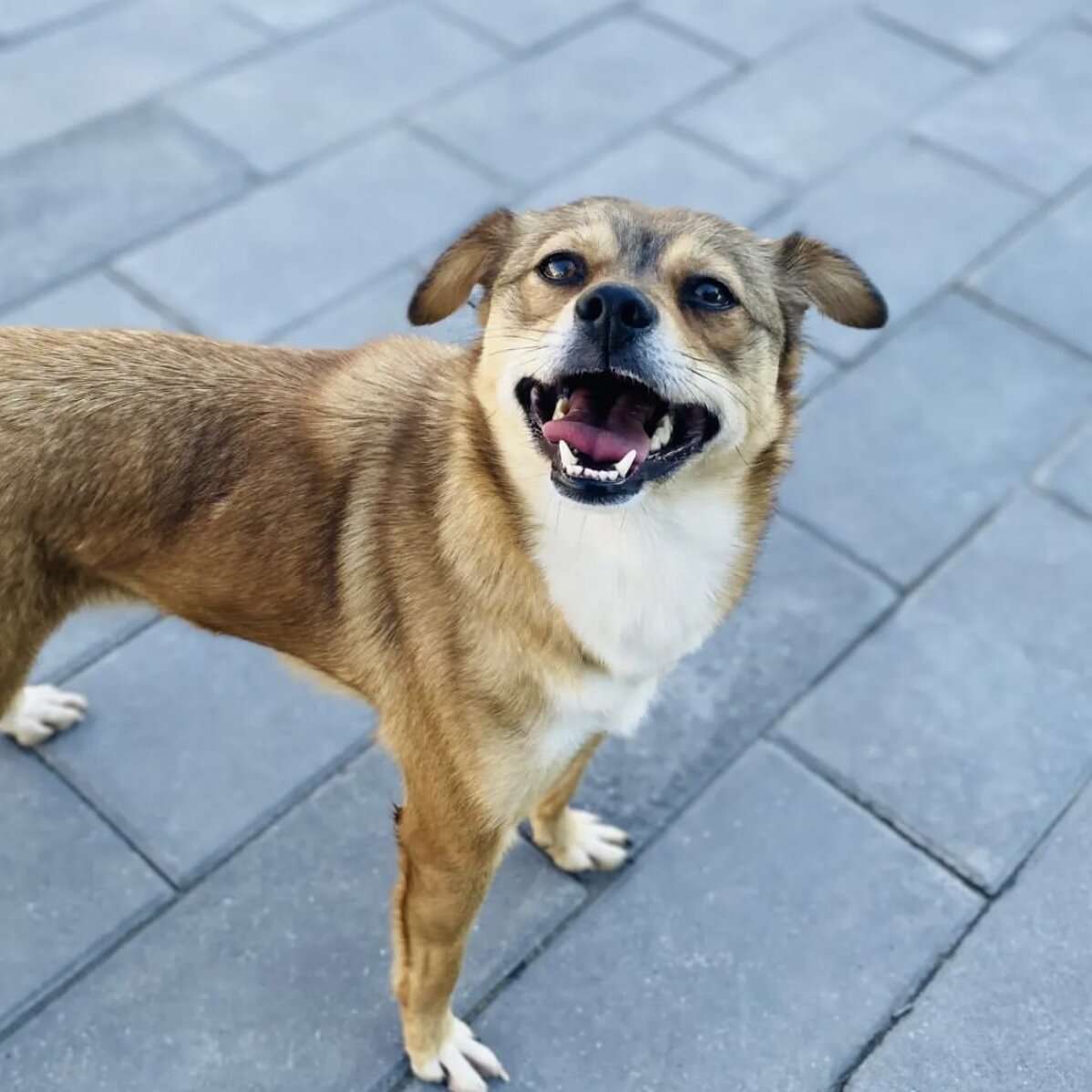 We know this sum is still prohibitive in some cases, but we hope it gives these dogs more of a chance to leave the shelter as many of them have been there for over two years. Joan was rescued in December 2019 from a meat truck. 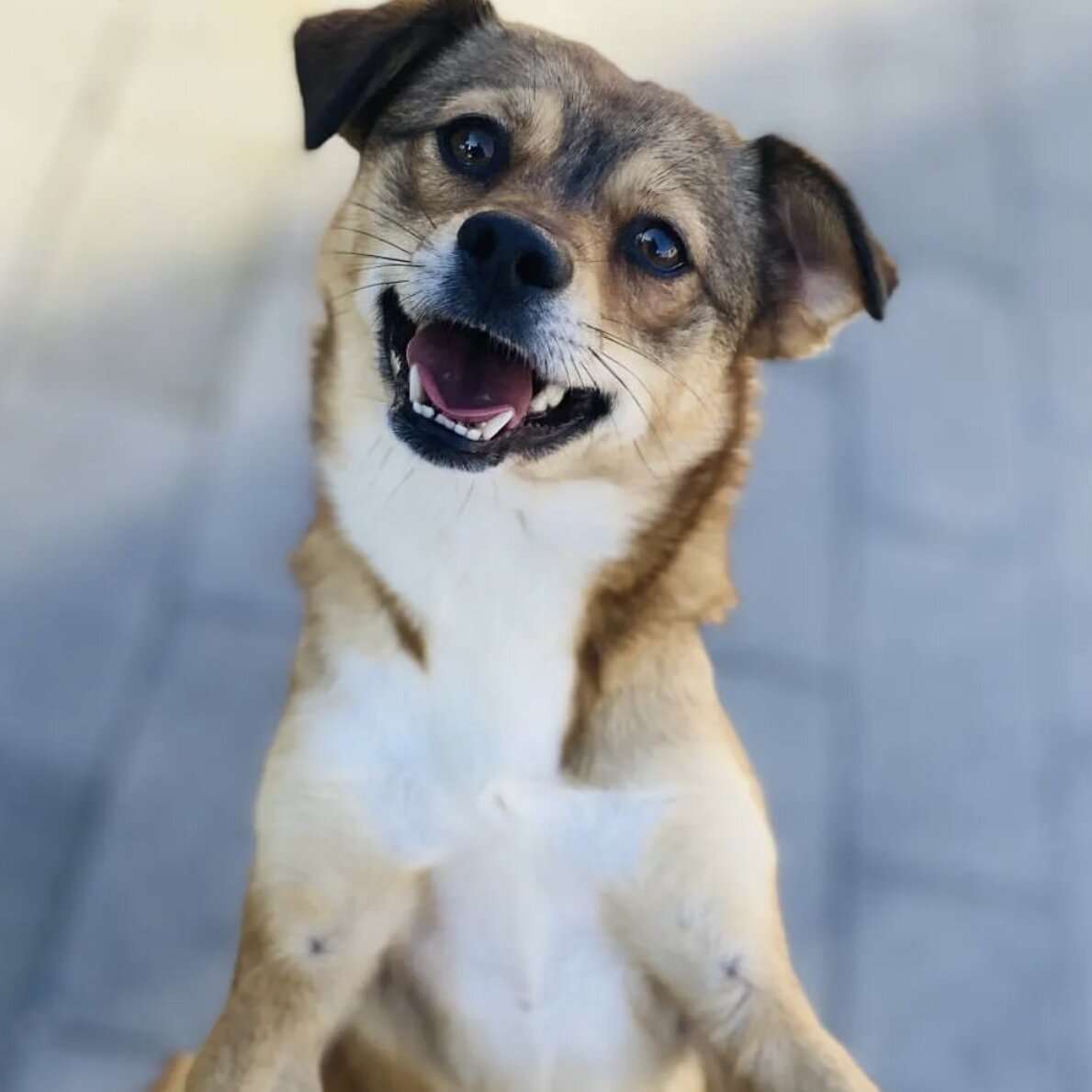 She was thankfully in great health and despite her traumatic experience she was happy, trusting and friendly towards humans very quickly. When she arrived at the safehouse she became best friends with Yellow (who was rehomed a year ago), and the pair of them were equally as bonkers and loved to play together. 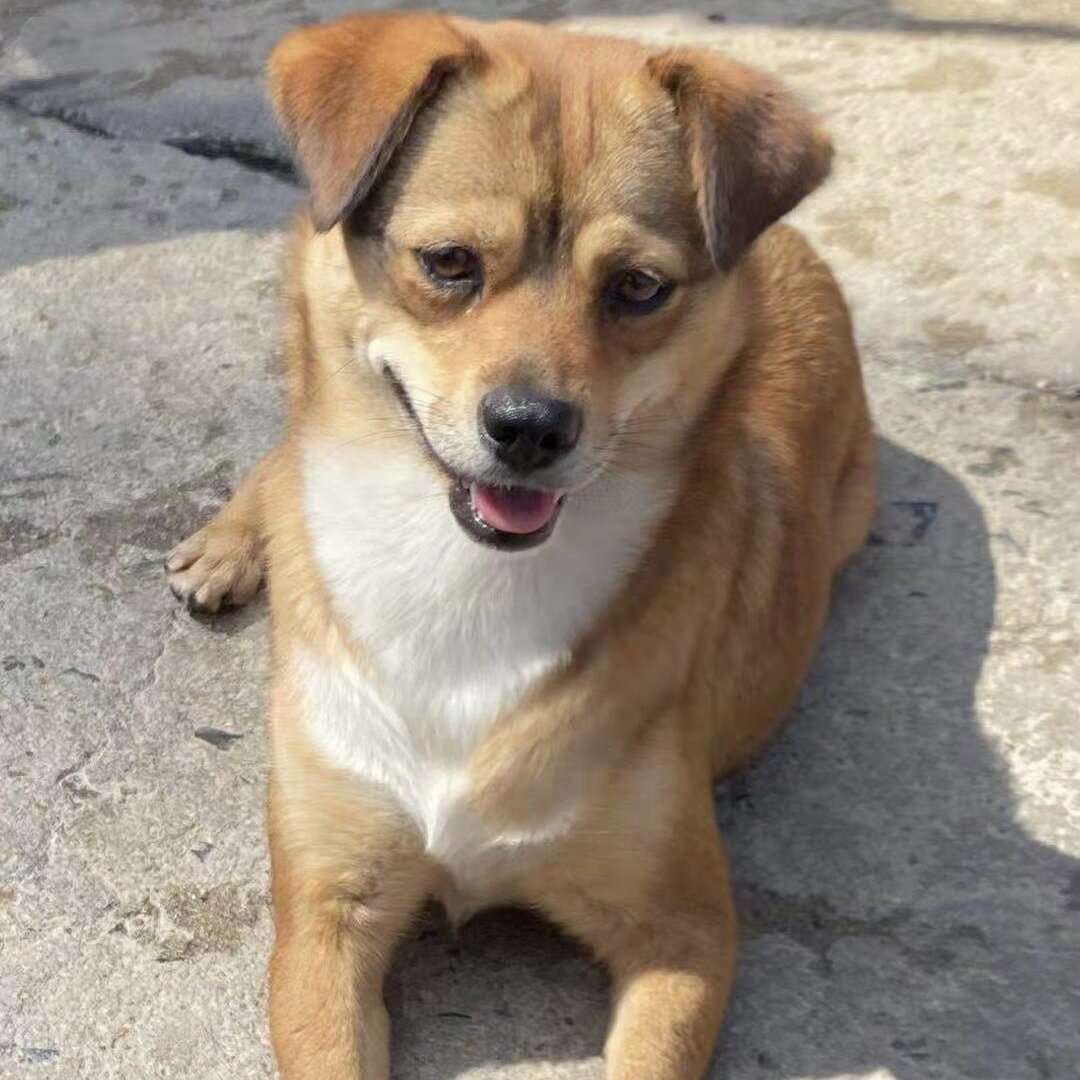 She would love having a companion in her new home who wanted to run and play as much as she did. Joan is also very human oriented and just wants to be loved and fussed over. She’s very loyal and would love an active home with an adopter who can take her on adventures. 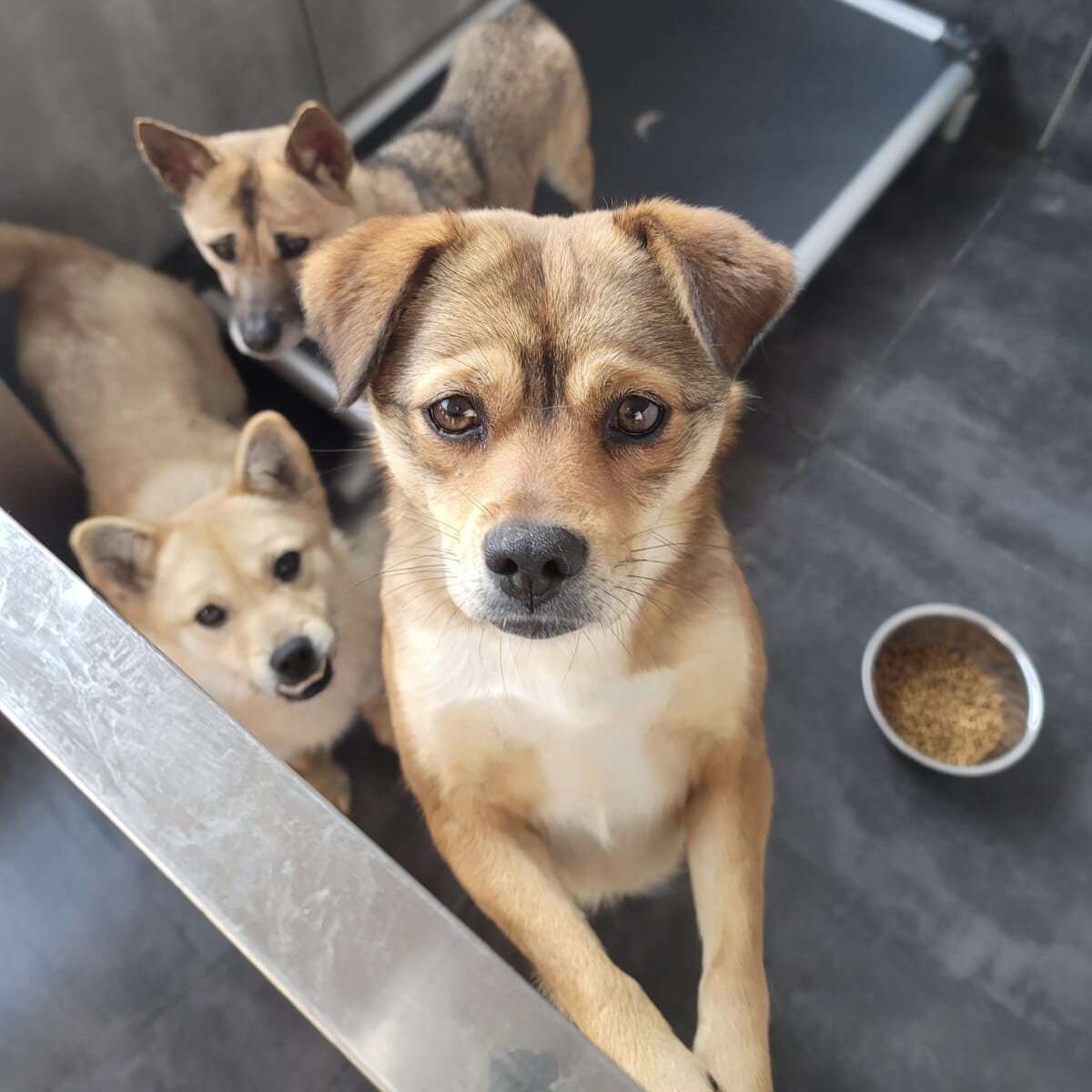 When she’s out in the yard playing with the other dogs Joan can sometimes be a little boisterous and would therefore be better suited to a home where she’s the only dog or with another young, playful dog of a similar size who’s an equal match for her enthusiastic play. That said, she is really sociable and would miss the company of other dogs so if she is homed as the only dog we would encourage her adopters to consider day-care or pack walks to allow her to socialise. 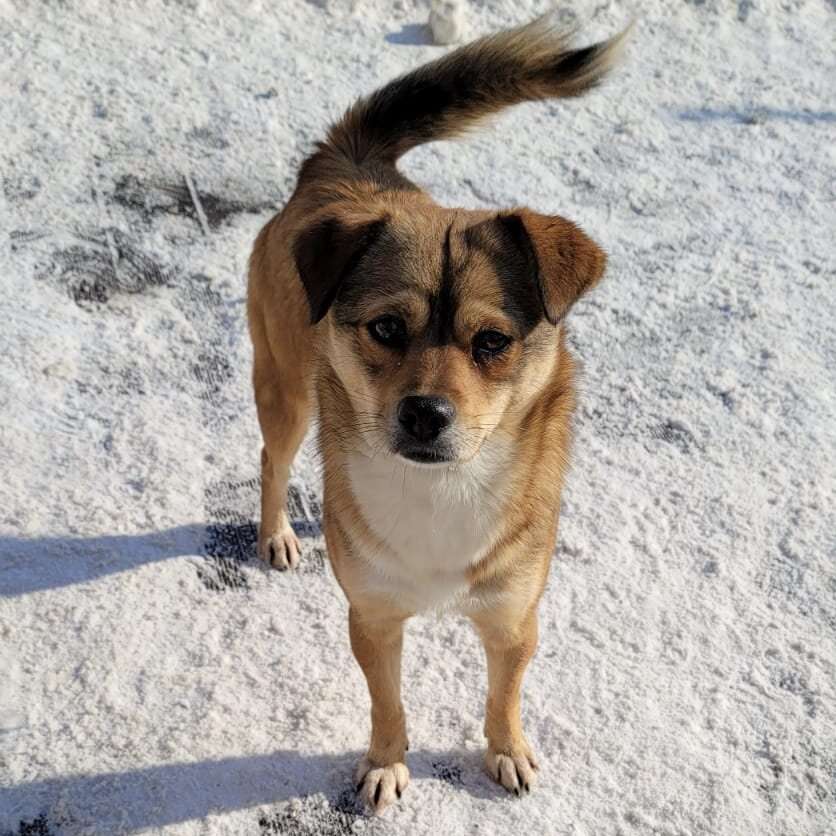 Joan has now been overlooked in the shelter for a long time. Being a mixed breed, she’s overshadowed by many of the pure-bred dogs that are saved from the meat trucks, yet she has such an amazing and loyal nature that people are truly missing out by not giving her a chance. She’s smart, keen to please and would make a fantastic exploring partner. There must be someone out there for her surely!