Joshua is a 3 year old male Shih Tzu Cross. He has come into rescue due to resource guarding his home against strangers. He was actually booked in at the vets to be put to sleep after biting a visitor to his home. He was adopted but returned due to further issues with his resource guarding. Josh is a very good dog in so many ways.

He is housebroken and non destructive in the home, travels well in the car, knows tricks and is trained well. He doesn’t actually resource guard typical things like toys and his bed and also does not guard them from other dogs either. He actually only guards what he believes as his space from strangers and his person. 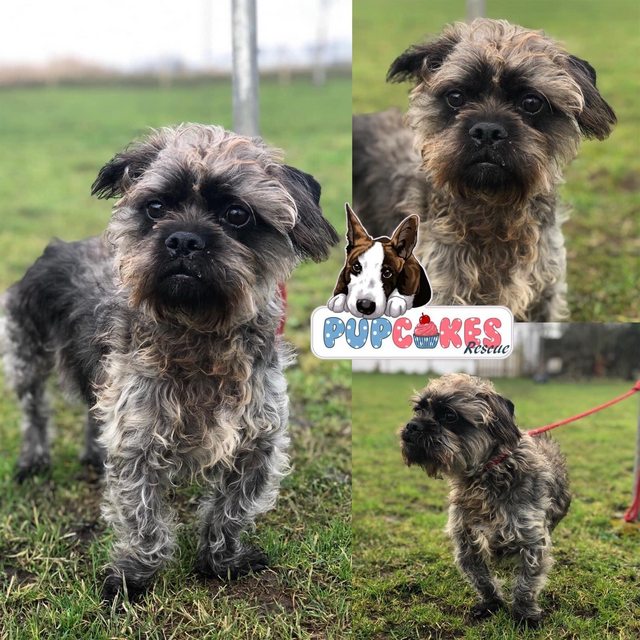 For those who don’t know Resource guarding refers to a dog displaying behavior (growling, snapping, etc.) intended to convince other dogs or humans to stay away from a particular treasure or “resource.” The resource can be food, treats, toys, a place (a bed or favorite chair), or occasionally a person.

Unfortunately Josh’s adopter found his outbursts very unpredictable and quite hard to manage. He does not give a lot of warning before reacting and seems to take 10 steps forward with it and 20 steps back. He really needs consistent reinforcement and continued management to keep this behavior in line. It is not a quick fix and absolutely will not be fixed in 2 weeks.

Potential adopters will need to be aware that Josh does not take well to strangers visiting the home and sometimes even people he has previously met before. We would suggest keeping him separate from visitors at first and then doing gradual introductions on a lead with a muzzle where he can be safely controlled and redirected out of the behavior should he reach his threshold.

If this happens he will need to be removed from the situation and taken back to the previous step where he succeeded and was not overstimulated, then you can move forward again at a slower pace. This will set Josh up to succeed and keep everyone safe. Josh will not be a quick fix and adopters will need to be aware that it could take some time before he is able to greet people confidently. We do think living with another confident social dog will help him as previously he has been a solo dog.

Josh enjoys being out and about, exercise is a huge advantage to tackling his resource guarding. He can be ok with people he meets on his terms. His previous adopter found him to be doing better with lead walking in town and busy areas but then would see him revert suddenly when someone came too close to her. He can extend his resource guarding to his handler when he is out and about. His recall is hit and miss and although he gets on well with dogs he can run over too forward and cause an altercation. Because of this and his unpredictable outburst Josh needs to be walked on a muzzle and if he’s let off it needs to be with a long line unless in a secure gated area.

Josh is basically a very bolshy teenager who has got his own way for a very long time now without correction. Unfortunately this has manifested in him being very volatile when told he cannot do something and having extremely aggressive outbursts. This is essentially a learned behavior and the further he pushes things the more he gets away with stuff which validates this behavior more for him.

Josh can put on quite a show, growling, showing his teeth and even biting. He bit a visitor in his last home and did break the skin, he can be quite frightening when he wants to go. Josh’s behaviour is manageable and has improved drastically since coming into rescue. He is much less confrontational and can be redirected out of this behavior a lot easier. He is a lot more social with new people now also. The key with him is to be incredibly firm. He needs a very dog savvy home who can read body language. He needs strict firm boundaries.

He must not be allowed on the beds or sofas or something level to you and if ever you need to remove something from him it must be swapped out with something higher value, trying to take it off of him may cause him to bite. He must not be pandered to and in the event that he starts his growling, teeth showing etc a slip lead must be quickly placed on him and he must be removed from the situation and placed outside or in a separate room to calm down. That’s all it takes. However, as previously mentioned, as time passes from his neuter he is getting a lot less aggressive.

Josh is really good with dogs and is friendly and social with everyone he meets. Josh is actually perfect 90% of the time. He’s very sweet, animated and an affectionate little chap. He enjoys attention and loves a belly rub. He knows basic commands, is housebroken, crate trained, non destructive in the home and happy to be left for reasonable durations of time. He is really lovely when he is managed correctly and knows he can’t push boundaries.