Because of a relationship breakdown Kane has had to come back to us. We love this lad, okay he has bald patches, it does not worry him though so should not worry his new family. He needs a home that will love him as he is which is funny and lovable with large lips!Â He originally came into rescue as he was left in a garden with no food or water after being burned with a scalding liquid. He now has bald patches on his back and legs. Despite searching no owner could be found or traced and it took him months to recover from his ordeal, to the loving energetic slime producing wiggle bum he is now. 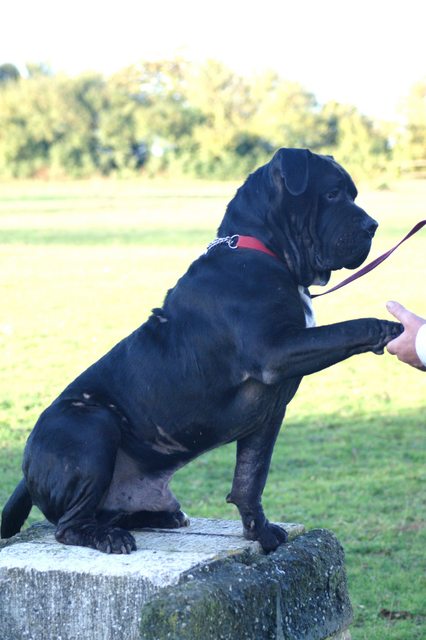 Regarding other dogs, sometimes he is okay with others, others are a definite no, mainly small dogs are a no but it’s a movement / energy thing rather than a specific breed. People â€“ he loves them all! Weight – he put on 10 kg with us in the first month, not that its showed because of all that lovely skin.Â He shows an interest in cats when he passes them, we think he would like to chase them although not sure he would do anything once he caught up with them. Most cats would be faster than him we think, but a home with no cats would be best. 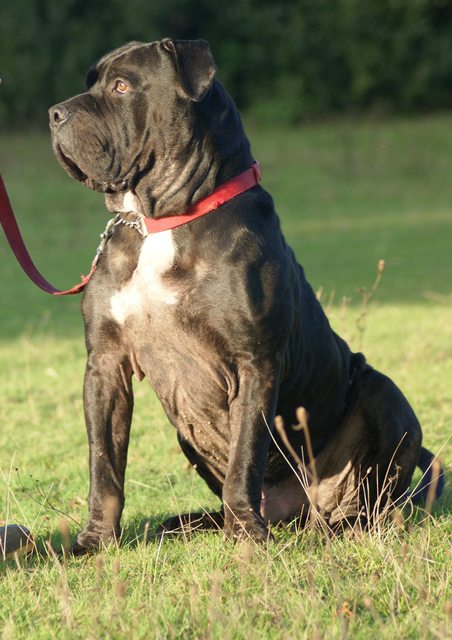 People cannot fault him here, he does still need some training not to get quite so excited when he is getting attention, but he is kenneled and kennel dogs often get as much fuss as they can when they can. He does listen and is a very willing student.Â He will sit and wait for his food and does not worry about you walking past his bowl when eating, he has learnt not to barge through the door when he is going out and is getting better on the lead. He has learnt high five, loves to give slobbery kisses, is very playful, he is like a giant baby and that does not realise his size. His loving enthusiasm may send a child flying, so cannot be homed with children under 10. 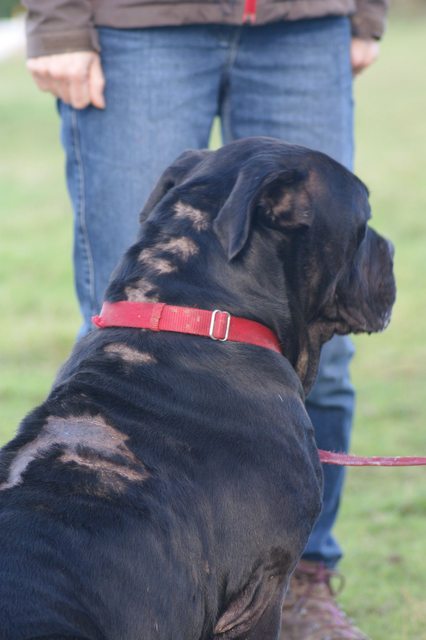 The LBDR is a small rescue for big dogs, all dogs are neutered, vaccinated and microchiped before rehoming. For more info please visit www.largebreeddogrescue.co.uk