Leon is a 1 year old male Cross-Breed. He is was living on the streets in a small village in Bosnia. He was being fed daily by a friend of one of our rescue partners, and when the dog catchers came to the area to clear the streets of strays and take them to what’s known as ‘killing stations’, the lady hid Leon so that he couldn’t be taken away. She then called our partner and asked for her help. 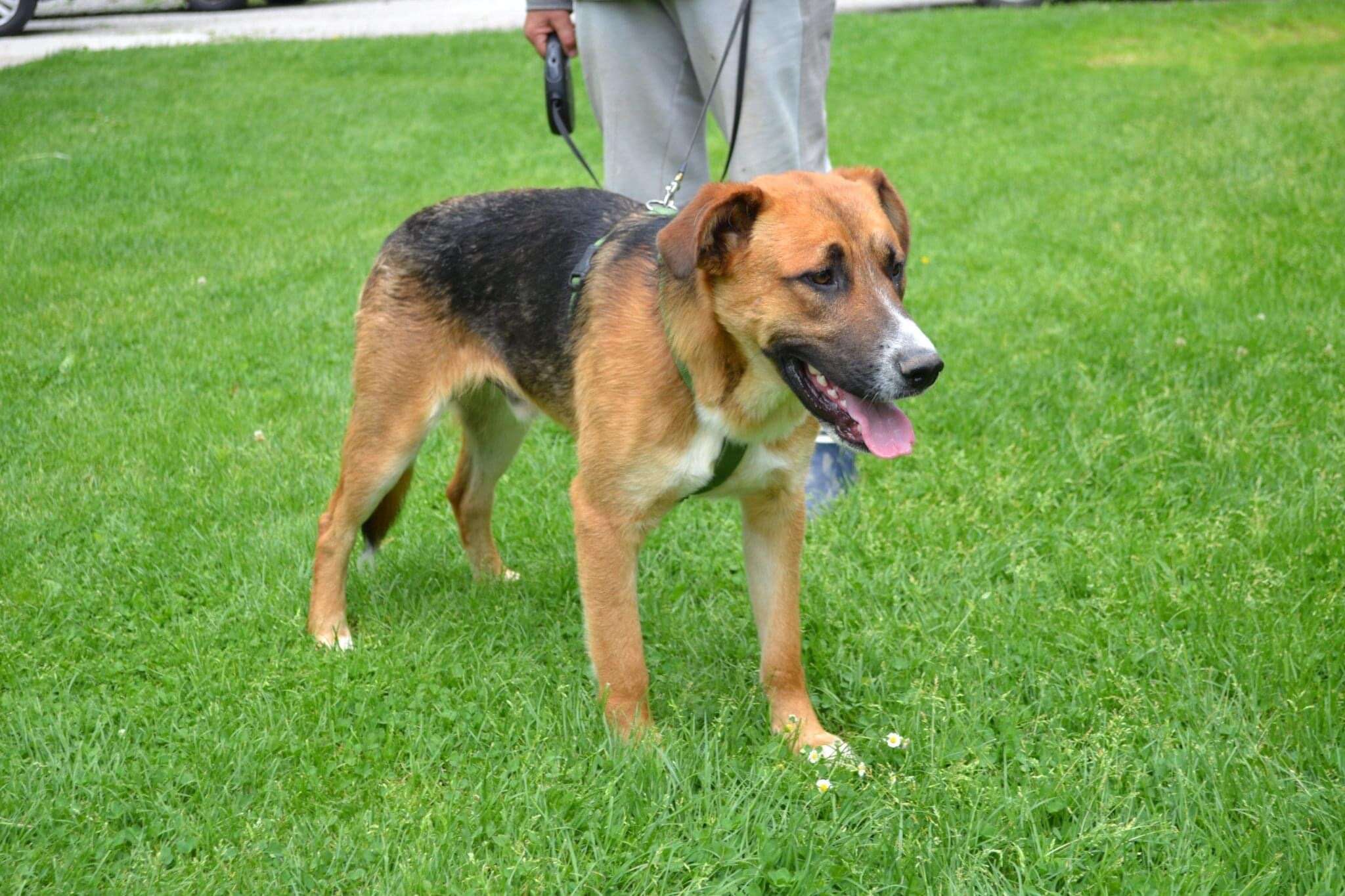 Leon is now safely off the streets and in one of the small scale shelters we help. He is a very good looking young dog, estimated to be around a year old and weighing around 20kg. He has one of the most sociable and friendly natures of all the dogs in the shelter and he is truly a friend to everyone. Leon loves to meet new people and although he’s a slightly bigger dog he behaves like a baby and is so soft and gentle with everyone. 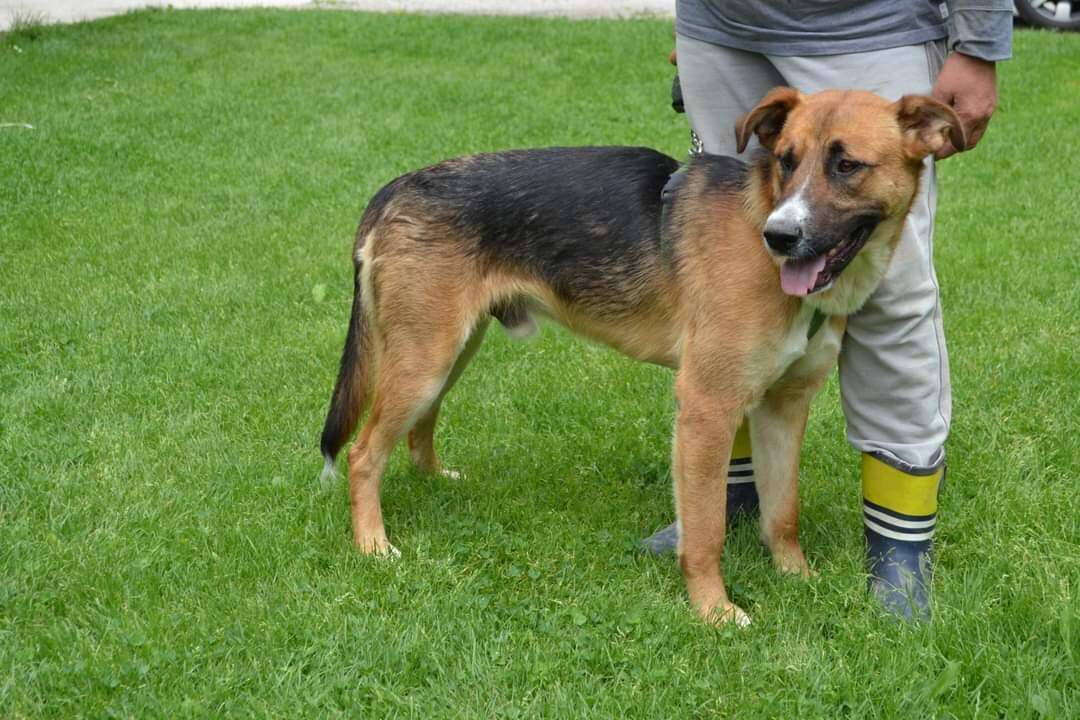 He loves being fussed over and is very sweet natured. We don’t think that Leon has ever had a ‘proper’ home before, but he has been well treated by people who have looked out for him during his time on the street and in turn he is a trusting, quietly confident and adaptable dog. Of course, it will take some time for him to settle into a completely new and strange environment, but with a patient and understanding family we think he will do really well. 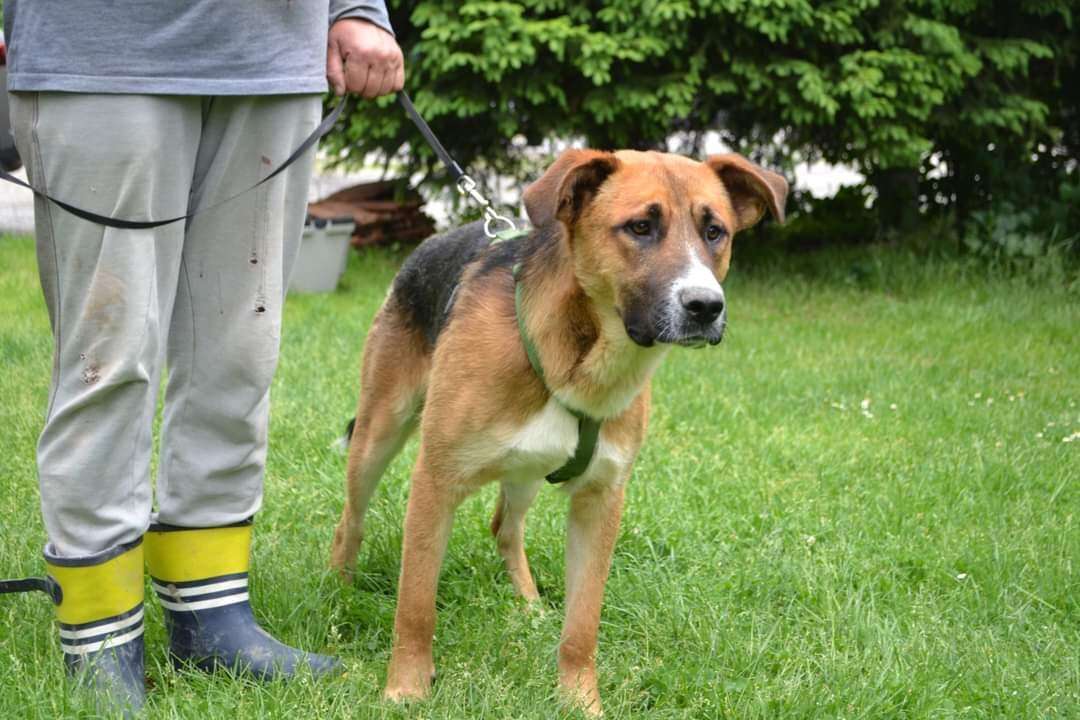 Leon gets along without any trouble with other dogs, has been very gentle in the presence of cats, and also loves the attention he gets from children. He’s very obedient and sensitive in his approach, and even with young children he is careful not to be overexcitable or jump up at them. 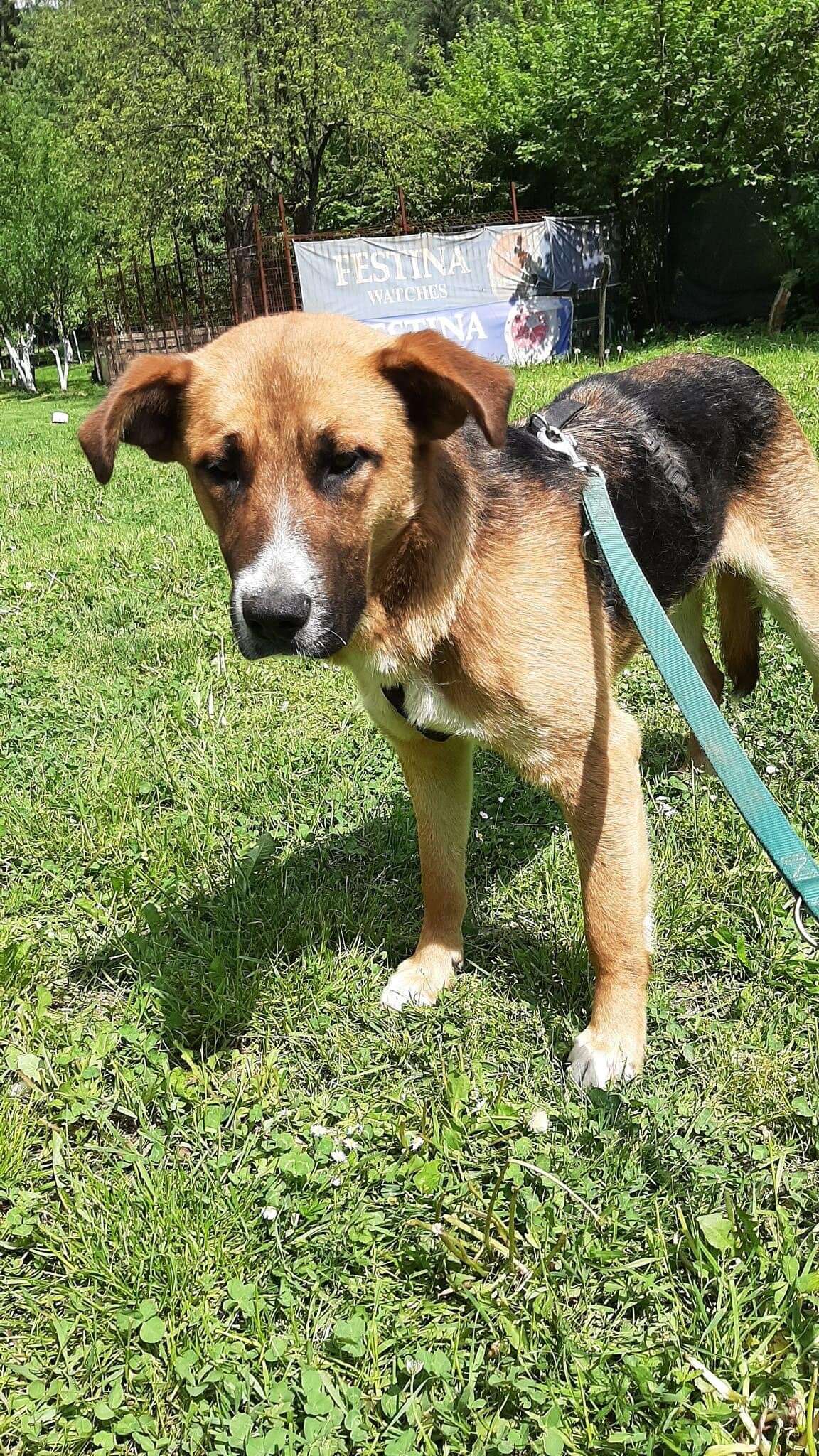 He would make a lovely family companion. Ideally we would like to see Leon adopted in a semi-rural location outside of a busy city, with access to a garden and a moderately active lifestyle. He enjoys the outdoors and is learning to walk well on the lead. Leon is currently based in Bosnia and has a clean bill of health. He is ready to travel once he finds his forever home.