Meet lovely Loki who is a small sized 20 month old male Podenco Andaluz. He is in a Spanish refuge until he has a home to go to. Loki is a happy boy and deserves a wonderful family to call his own. Loki means God of Mischief and we think it suits him well! 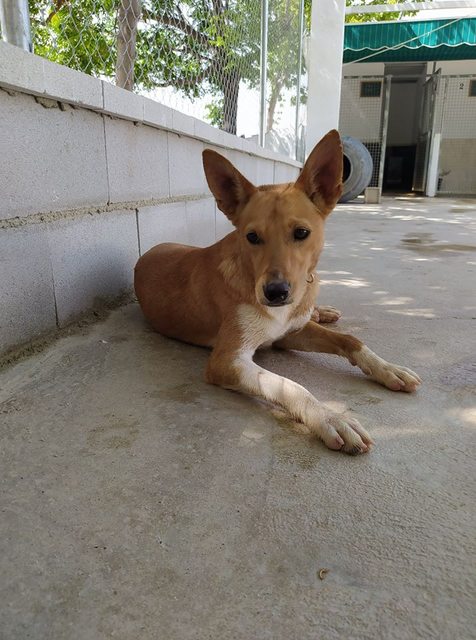 This is his story: In January of this year poor Loki was sighted in the local area with another, older Podenco. Both were in terrible shape, starving and terrified, but Loki was the worst. They were both too frightened to be caught, but Loki became weaker and weaker, until he could no longer stand. At this point he was captured and kept safe by a local resident. Sadly, the other Podenco was too frightened to be caught. 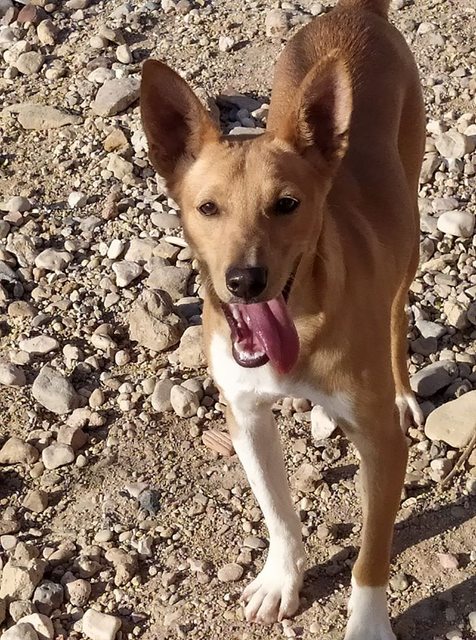 The refuge had no space, but the fantastic supporters came together and raised enough to keep him in kennels until they could make a space for him, as well as enough to get him the treatment he so desperately needed. 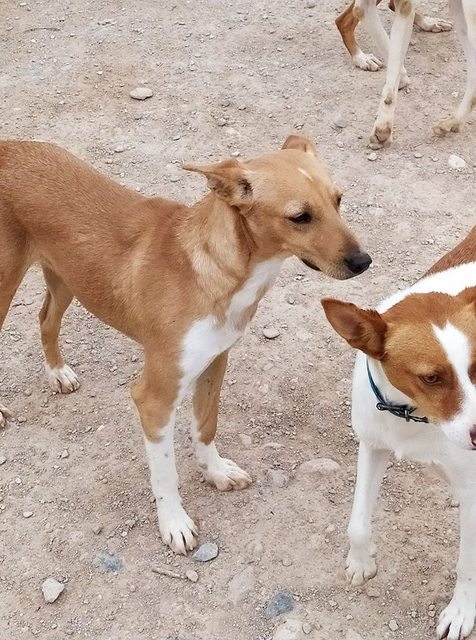 Loki has now recovered well, he is still a little shy, but he is ready to find his forever sofa. Loki will need to be socialised with as many adults and children as possible. He needs to become used to a wide range of events, environments and situations. 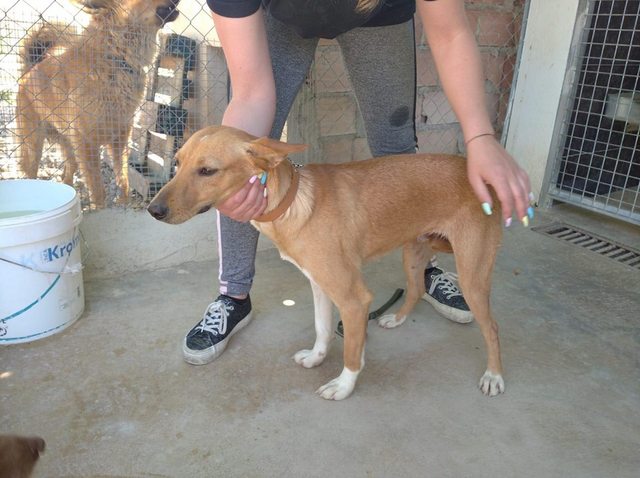 Any resident children need to be gentle, dog savvy and over 6 years old. He has met older children at the refuge and is a little shy with them. He cannot live with cats or small furries.

Loki will need training in all aspects. He is neutered, vaccinated, blood tested, microchipped, and has a passport.

All our Spanish dogs travel from Southern Spain to the UK on DEFRA approved transport to your door. Homecheck and adoption fees apply.

For further details about adopting a dog from Good Karma Rescue please email us at goodkarmarescue1@gmail.com. Homechecks apply and we offer post adoption support. We work with a few rescues in Romania, Spain and Cyprus to help these dogs find homes. The dogs will be neutered if old enough, or must be neutered as part of our adoption contract. Our dogs can be rehomed anywhere in England and Wales.