Loki is a 1-2 year old male Working Cocker Spaniel. He was rehomed after he bit both the female owner and daughter when they tried to move him in certain situations. Loki is now being fostered by a qualified trainer and is making great progress as detailed below. Loki does have guarding issues, but these can be easily managed with people provided he is not put in situations that cause him stress and anxiety.

Loki has been with us for 5 weeks and I can honestly say his resource guarding around people is non-existent. Because we knew his history, we have been extremely careful to ensure he hasn’t felt the need to bite us. He will easily relinquish items for food, and we have now trained him to bring items to us and put them in our hand before he gets the food, even his food bowl!. He doesn’t guard us with his toys or food. It’s generally when he’s searched for and found an item that isn’t his (even though we have thoroughly puppy-proofed the house he still manages to find things). I think in the past this is how he’s got attention.

If it’s something that isn’t a major issue, we just leave him, and he will realize there’s nothing in it for him by keeping it. If it’s something that could potentially cause harm to him then we can easily call him to us, and he will generally drop the item along the way. If we give him a high-value chew or Kong he is left in his own space to finish it and there is no pressure on him to give it up. He will now come to you with his chew for a cuddle. 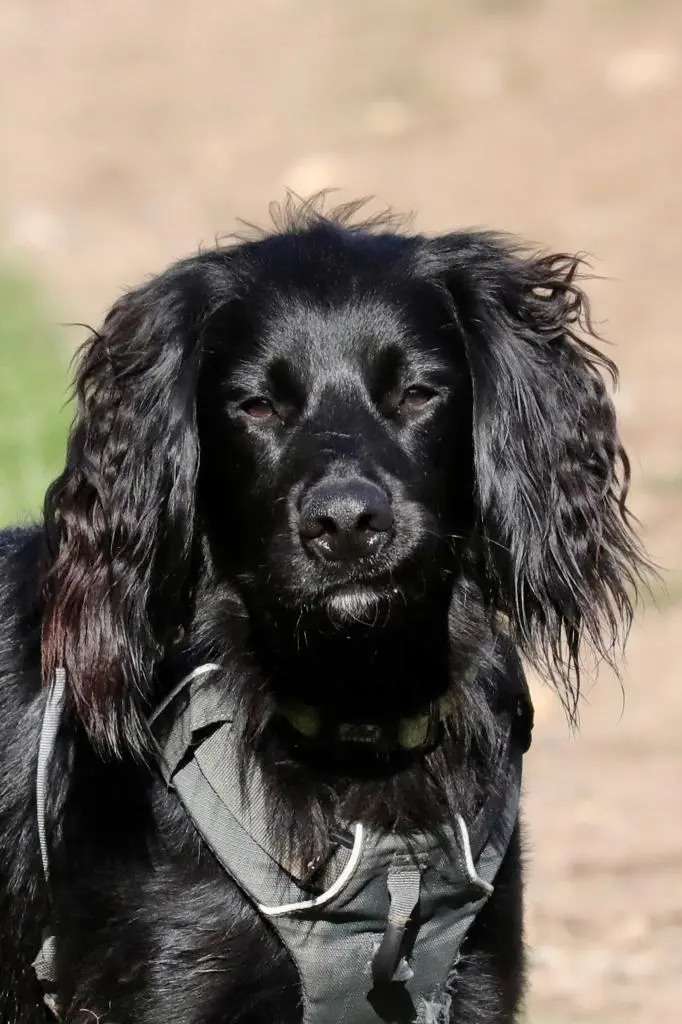 The more difficult issue is his guarding around our other dog in the house. Outside in the garden and on walks, he is fine with her but inside he has guarded space and been reactive to her movement. However, since we have introduced more management in the house, he has been a lot better and is more relaxed in her presence. Loki also struggles with frustration, and this could be an underlying cause for his previous guarding issues.

This used to manifest in ragging on anything he could find e.g clothes, lead, bed, etc, and also persistent barking. This has dramatically improved since he’s been with us. He now copes much better when he is over-aroused, and we have been training alternate behaviors to help him e.g. instant ‘down’ and ‘go to bed. Loki also struggles to settle in the home unless he’s in his crate although this is getting better. 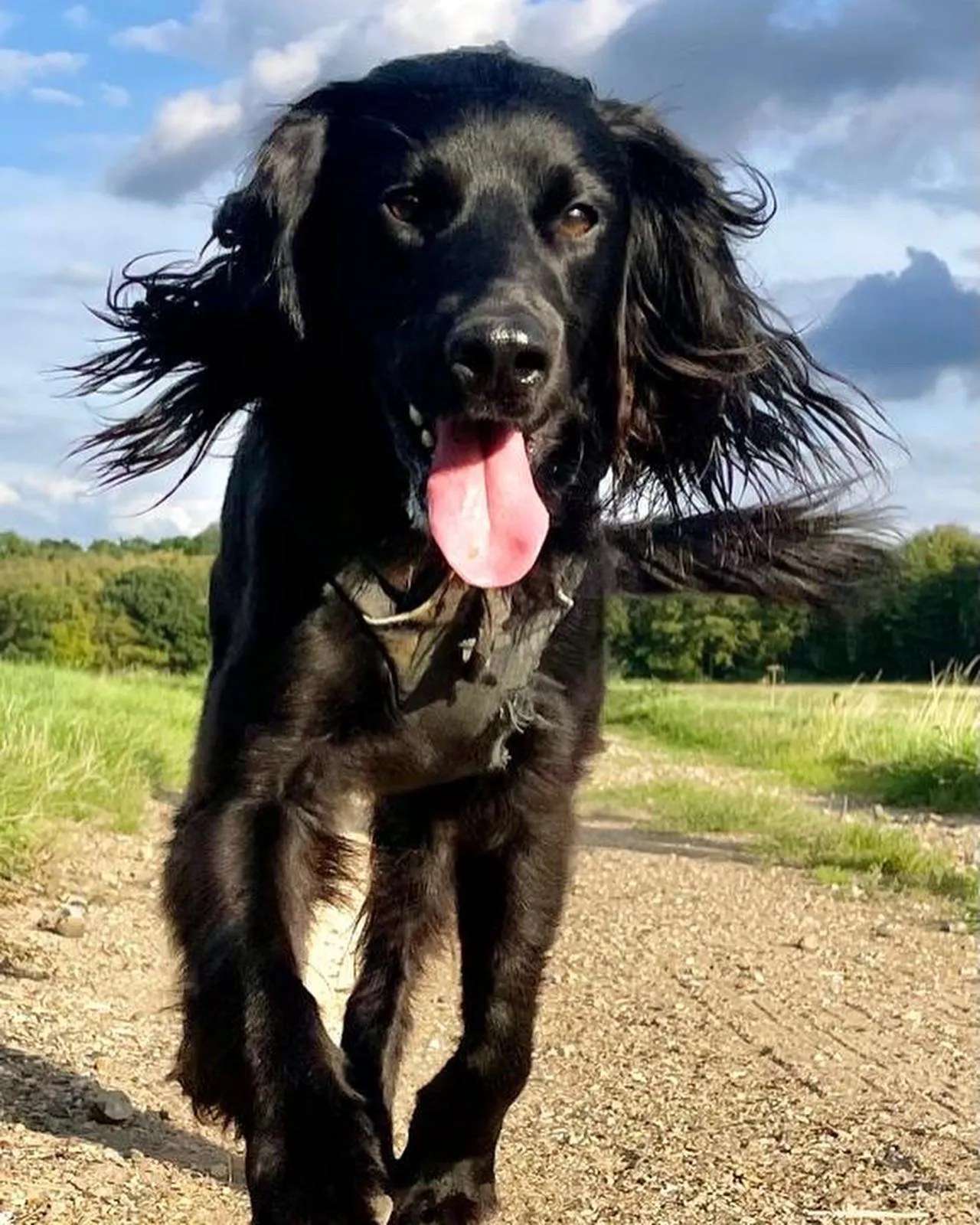 At the moment he needs to be closely managed or confined in the house otherwise he gets himself into trouble. He can jump stairgates and climb up onto tables and other surfaces, so barriers need to be high. We have been working on boundary training and also being able to move him from A to B without using any physical force and he is doing really well.

Loki did attend training classes in his previous home. He is amazing on walks. Great recall and generally he will stay close to you. He’s brilliant when meeting other dogs and people and will either ignore or recall away if asked or greet nicely and carry on. He’s also very good on lead and doesn’t pull. When Loki first arrived, we concentrated on making him feel safe and trusting us, this took a couple of weeks and it will be vital for anyone who adopts Loki to do the same. Loki is now getting training every day. Main things we have worked on are: retrieve to hand, drop, boundary training, instant down, steadiness, impulse control games and muzzle training. 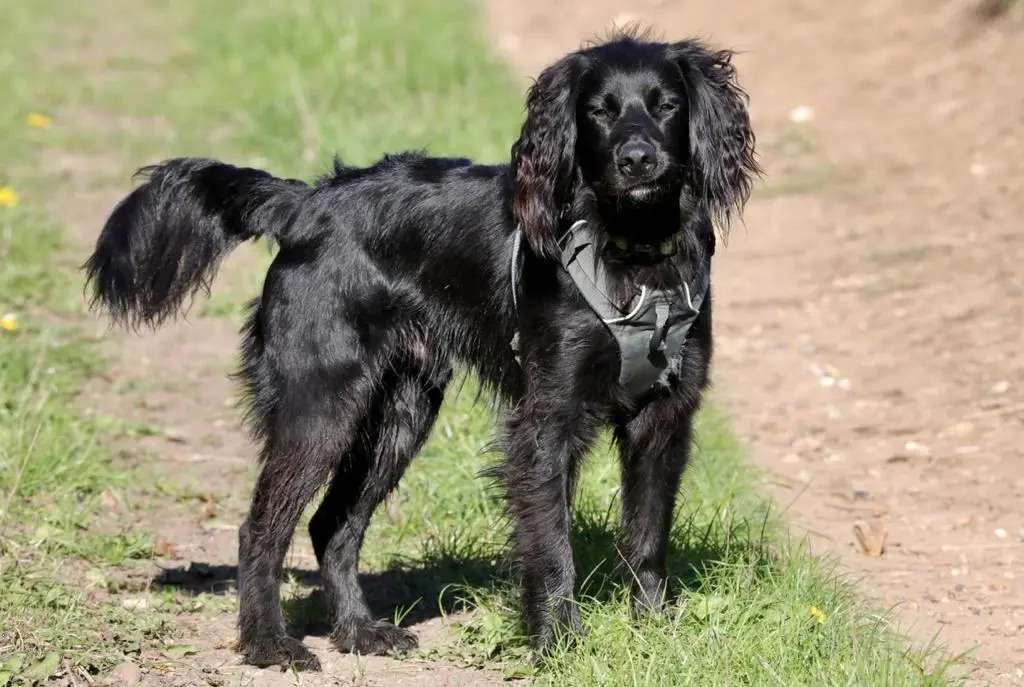 Loki has also had an introduction to agility, scent work, gundog work and cani-cross. He can lend his hand to anything! Loki has a lot of energy and drive. However, he also needs a lot of mental stimulation, and this is what really tires him out. I think in the past he may have been provided a lot of physical exercise including repetitive ball throwing to try and wear him out, but this just increases his arousal levels, and he then cannot settle.

He has had a bit of a detox off the ball since he’s been with us and whilst that may have caused him frustration at first, he is now much more settled. We have replaced this with controlled tuggy play and more formal retrieve work. He does enjoy his walks but now he is doing more sniffing and spaniel stuff rather than anticipating ball throwing and he is much more relaxed on walks. Loki has been great meeting new people out and about. We haven’t had anyone in the house since we’ve had him as we didn’t want to put him under pressure and cause him to worry and guard.

But from what we have seen he loves to meet new people. Perfectly friendly with dogs out on a walk and outside generally. We are careful when he is with other dogs that there are no toys or balls around. We haven’t witnessed any guarding outside of the house but there is always a chance this could happen. Not been cat tested but has seen cats on walks and wasn’t overly interested. 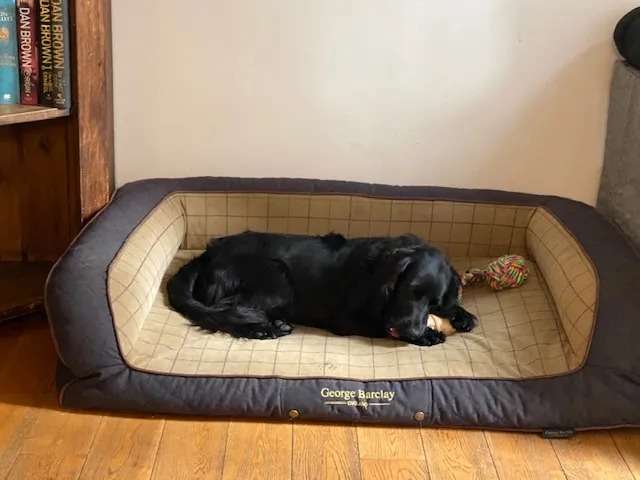 Loki is fine being handled. We have introduced this gradually and positively. He can get over-excited when being groomed so this will need some work but will allow us to brush him, but he can get a bit mouthy. We have only left him alone (crated) with our other dog present for 2 hours and he was fine. We have a camera in place so could check.

We haven’t left him completely on his own but he is left in my van crated when I work and he’s been absolutely fine. He settles really well at night in his crate and will sleep from around 10pm – 7am (we have to wake him!). Due to Loki’s previous guarding issues, he would need to be in a home with no children. Loki had some diarrhea when he first came to us, but we have changed his diet and also feed him Tree Bark Powder and this seems to have cleared it up. Loki was quite nervous at the vets and had to be restrained by me to complete the examination.

However, this wasn’t long after he had arrived, and he was already trigger stacked so this probably didn’t help. But he will need a few positive visits to the vet to help with this. Loki absolutely loves traveling and spending time in my van which is crated. He also traveled well in the back seat of our truck and in the crate in the back. 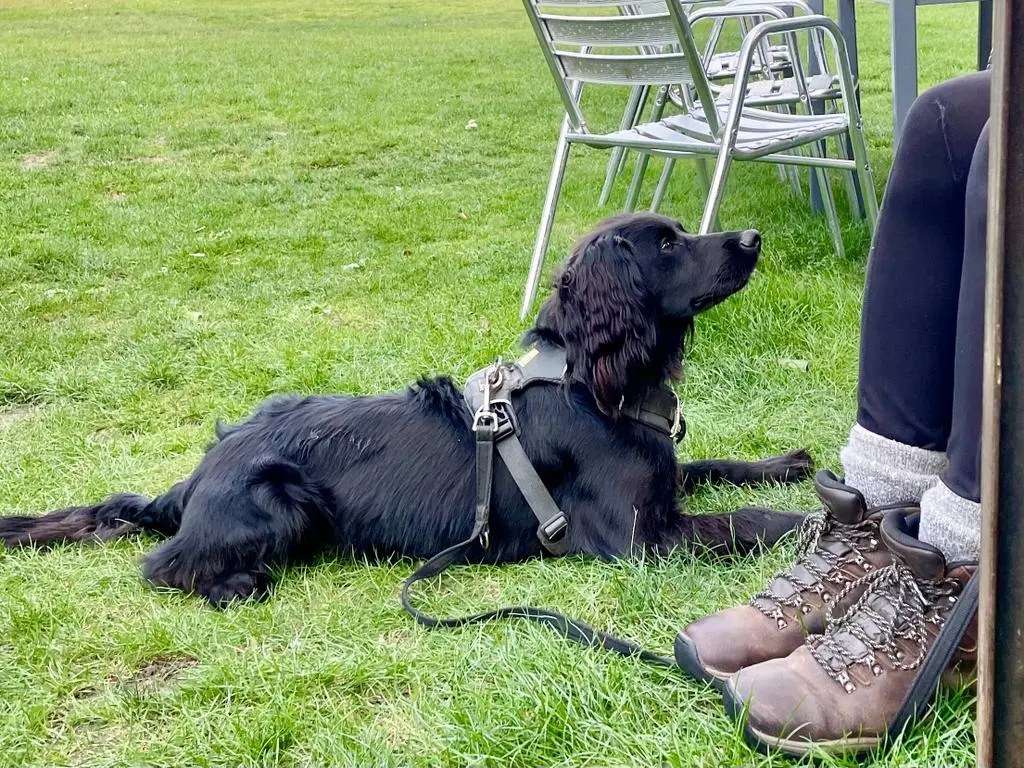 Loki needs a child-free home and ideally, dog-free home or somewhere that can separate dogs inside. He would also be fine in a kennel environment. He needs someone who has experience with high-drive dogs and who will give him time to settle and trust that they will not take things away from him. He needs his own space so that he feels safe. He loves to work and picks things up very quickly.

With the right training, he could excel in agility, gun dog work, scent detection, cani-cross etc. He will need a lot of management at home and will need a confined space in the house to settle and to have his high-value items undisturbed. Loki is a lovely little dog. He needs a sensitive and calm approach and will not respond well to any firm but fair type training. As a qualified trainer, I will be offering ongoing, free support for Loki either face-to-face or virtually depending on location. With a bit of time, training, love and support he will be an amazing dog.