Lupo is a 4-5 year old male Cross-Breed. He was found abandoned back in 2019 with a broken femur in Spain, and was taken in for veterinary treatment. It all went well, and Lupo is now able to walk without pain or any limping. What this poor boy went through is awful, but he was lucky enough to find a home and was adopted. 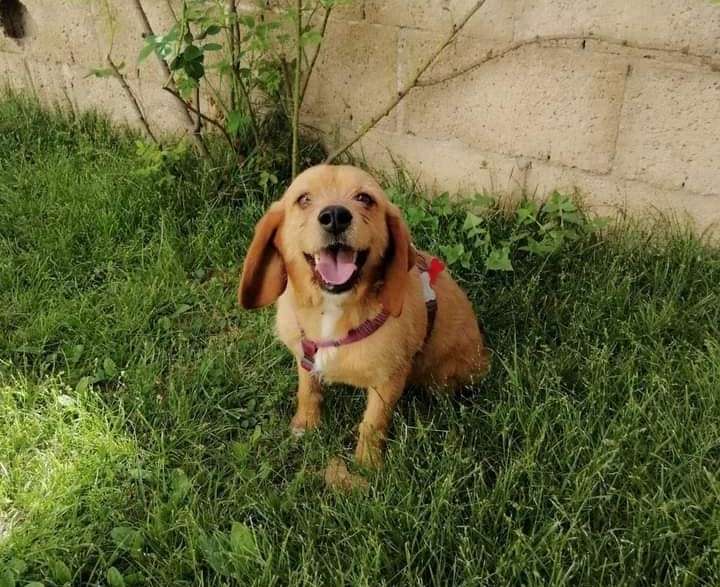 Sadly he has now come back into our care, and needs to find his new home… this time forever. What Lupo does like, is taking himself for walks – and this was the reason he came back to us, as his owners wanted to be able to leave their gate open, and Lupo would go off exploring by himself. 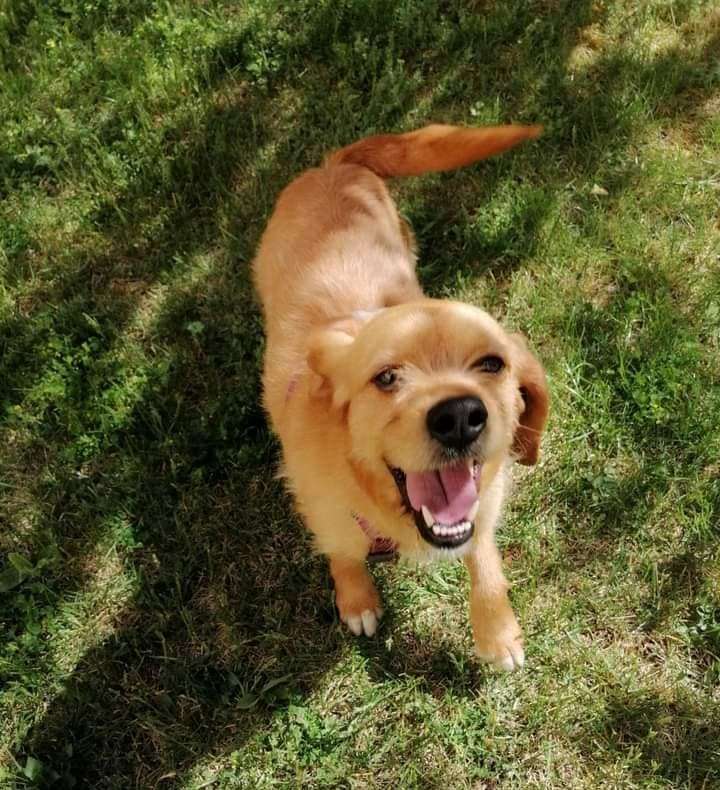 We really don’t see this as a reason to return a loving, sweet boy like Lupo, and as long as his new family has a full fenced secure garden, we’re sure Lupo will be the most grateful companion. He would also be happy in a flat we feel, provided he has enough activity and stimulation outdoors. 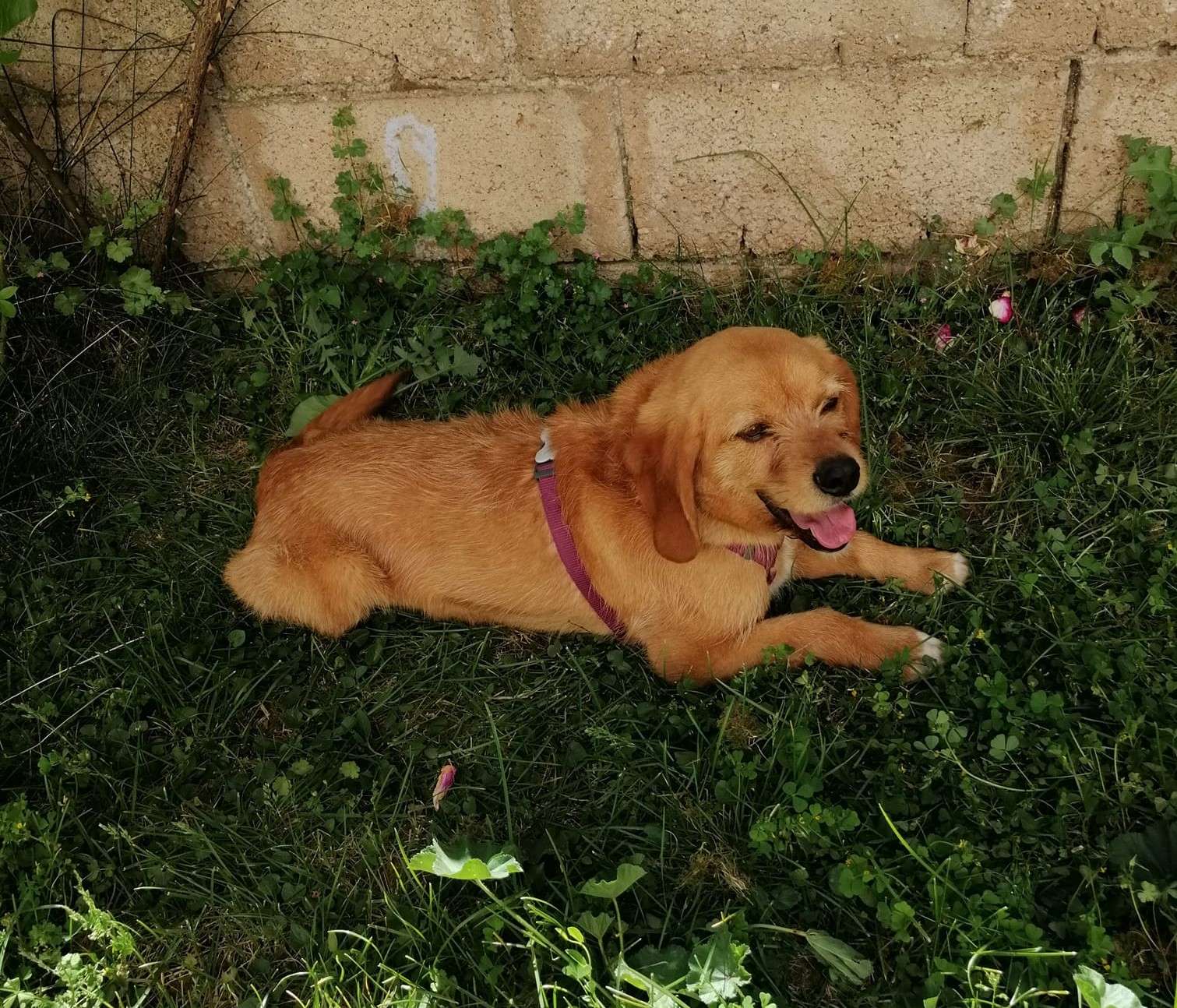 Lupo is a hunting breed cross, and he loves to explore and use his nose, so we are looking for a family who would like a friend for adventures and do not bother to spend time outside even if it’s raining. He is very cuddly and affectionate and is good with dogs and cats. Lupo will need a patient family, who commit to helping him settle after so many changes. 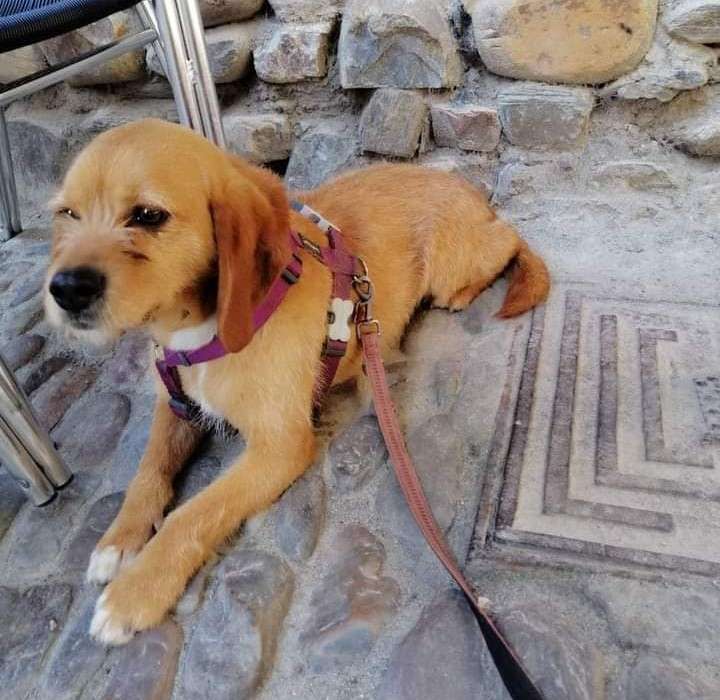 He doesn’t enjoy being left, so someone who has the time to build this up slowly or works from home would be best. If you think you can offer this to Lupo, we would love to hear from you. He will travel vaccinated, microchipped and neutered, and tested for Mediterranean diseases. Lupo can be adopted in England or Wales, but NIT Scotland. If Lupo is the right addition to your family don’t hesitate to get in touch with us.

For further details regarding adopting a dog from TeLuMa’s Dream, please email Olga, Jessica or Greta at telumasdream@gmail.com or visit our website www.telumasdream.co.uk. We are a Spanish voluntary organization which rescues primarily dogs from a public pound in Galicia, in Northern Spain, where the dogs instead of living, are trying to survive. 99% of the dogs are strays or have been abandoned by their owners on the street. The dogs are a variety of breeds and come in all shapes and sizes! We are funded entirely by donations and work hard in our free time to help rescue and rehome as many dogs as possible. With your help we can continue our work and provide food, bedding, medical supplies and care for the dogs until they are well enough to find their forever homes. All dogs rehomed via TeLuMa’s Dream are microchipped, fully vaccinated, wormed, deflead and spayed/neutered if old enough, if not the adoption contract will stipulate that this is done as soon as old enough and this will be checked with your vet. We re-home dogs to England and Wales and in some exceptions also to Scotland, if it’s specified like that on the dog’s description. Our aim is to pair each dog with the right new owner, ensuring that it will be safe, cared for and loved for the rest of its life. Therefore all potential adopters will be asked to complete a questionnaire. Also a homecheck is carried out and a video call to adoption. Please note that we never reserve dogs in advance of our full process having been carried out. We reserve all final decisions on compatible dogs until after the home visit, so please bear in mind that your application will be considered a general application for adoption until final confirmation has been given by both adopter and Teluma's Dream. We offer a full rescue back up service to all our adopters and post-adoption support, which includes a Facebook support group and free behavioral advice.
Please also be aware that all dogs who are adopted through TeLuMa’s Dream remain part of our extended family throughout their lifetime. We ask for regular updates during the settling in period following their adoption, and for an ongoing quarterly updates and follow ups after that for the duration of the dogs whole life. We are committed to our dogs and our forever families and this allows us to support you and your dog, but at the same time, knowing how the dogs are, receiving updates and keeping us informed is also the reward for all the efforts, time and costs that are involved in saving each dog. If you feel happy with this level of communication then we would be happy to hear from you.