Manu is a 5 year old male Hound Cross. He currently lives on the Isle of Scilly, but very sadly he is seeking a new home. His family is devastated to have to make this decision, but sadly the dynamic in the household isn’t right for Manu and they feel that he would be much happier in a different environment.

More than anything, his family wants Manu to thrive, even if he’s not with them anymore. Manu was rescued from the streets of Cyprus as a stray back in 2017 when he was just under a year old. Since he flew to the UK he has lived comfortably in a home and enjoyed a companion lifestyle. 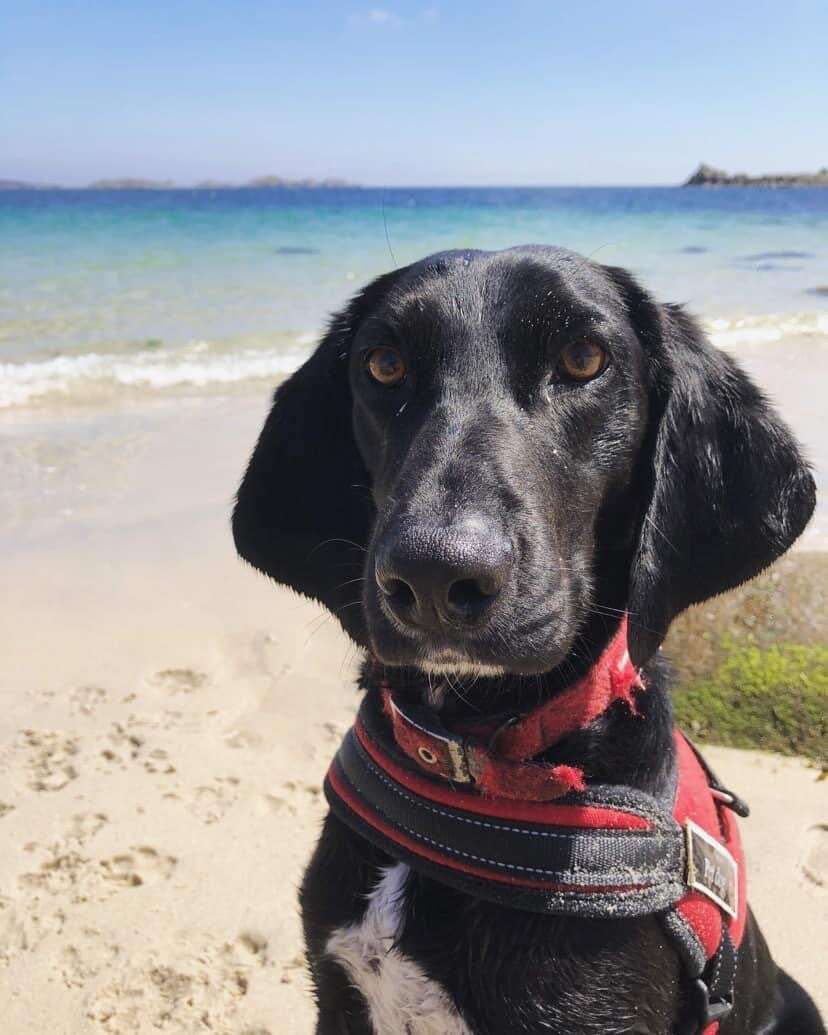 He was adopted into a family who already had three rescue dogs and since arriving in the household Manu has always been quite dominant towards the other male of his age, but in the past few months, his behavior towards him has escalated. He can be unpredictable and this is only made more difficult to manage by the fact the house is open plan. The dynamic just isn’t working.

Manu’s current home is a busy, loving family environment. They have three other dogs (two males and one female) and three young children. Manu only has an issue with the other male of his age, and he is fantastic with the children, including babies and toddlers. 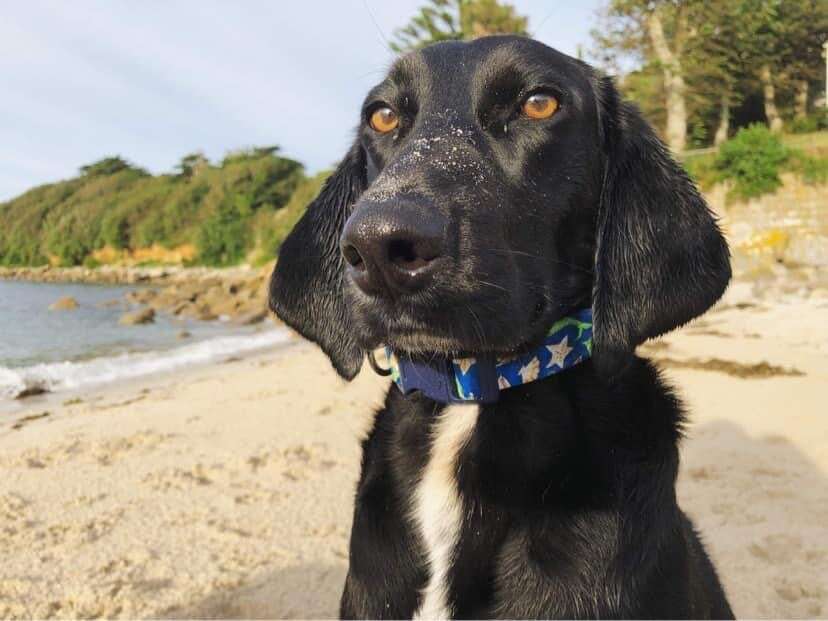 He’s also great with other kids outside of his family unit, and generally speaking, he’s very good with other dogs too. When Manu goes to stay with friends he is a changed dog – he’s calm, happy, and not the least bit anxious or protective. He even goes to work with a friend who lets him greet her customers and he is wonderful, but at home, something just isn’t right for poor Manu.

Manu is a hugely affectionate boy and is described by his family as ‘the biggest snuggle monster. He loves being fussed over and is a clever, cheeky, and adventurous boy who loves going for long walks and spending time outdoors. 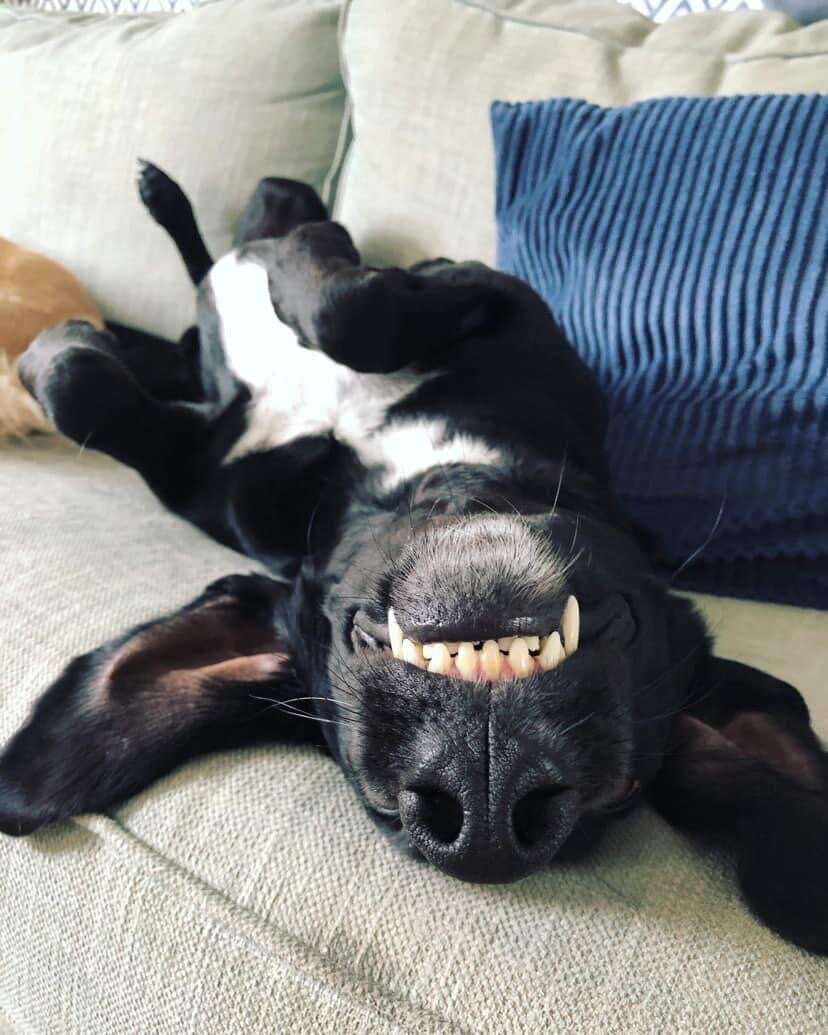 He would love a home that can give him the same opportunity to explore as his present family and would be best suited to a home outside of the city with a relaxed home setting. He would love a garden, and can be rehomed with children and other dogs, but would also be fine on his own.

He hasn’t lived with cats before, but has shared his home with a rabbit and a duck before white happily! He just needs a loving, nurturing home that can give his current family the reassurance that he’s going to be adored. 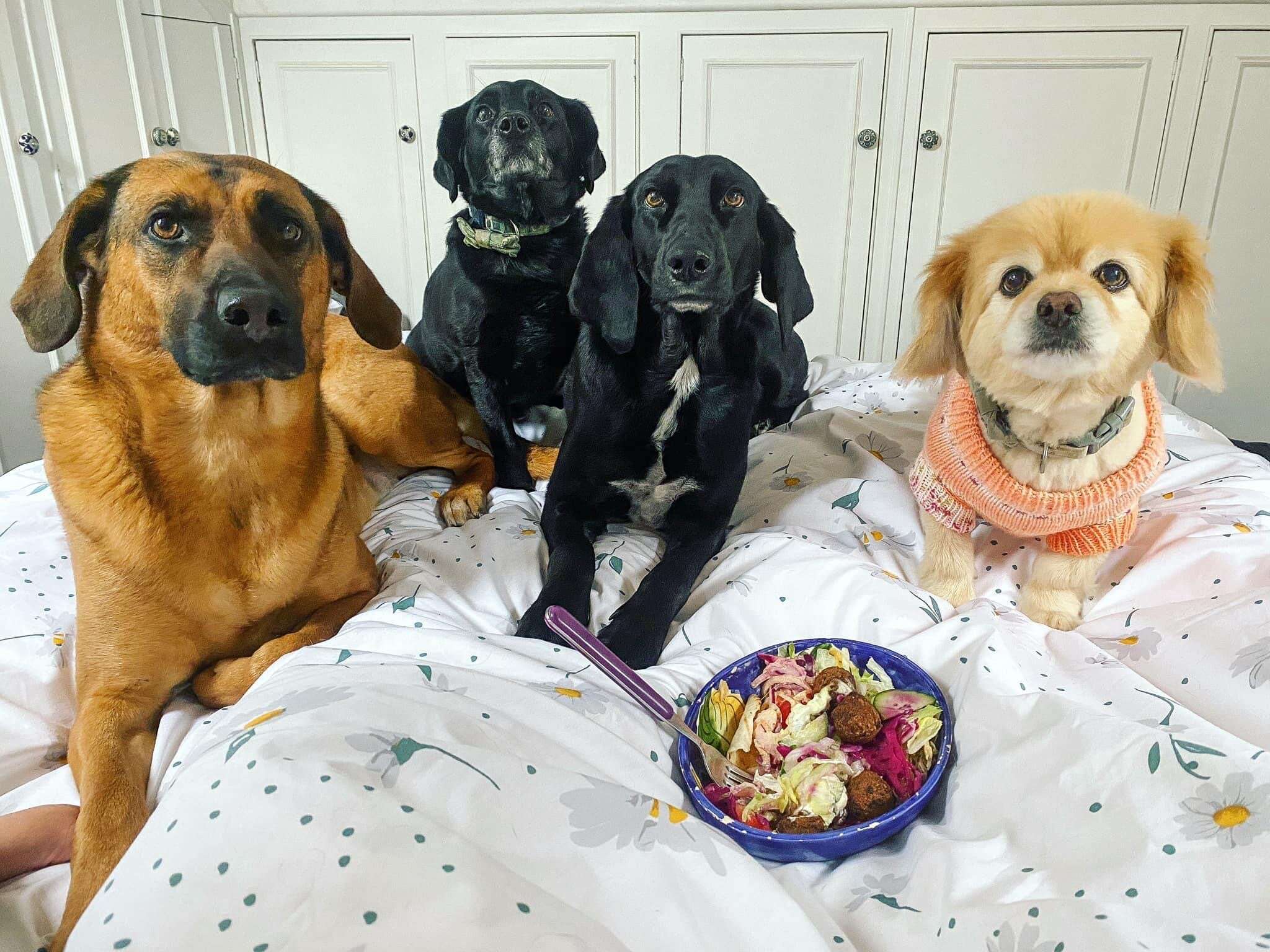 Manu has been treated for Leishmania and his condition is stable he’s otherwise very healthy. Leish is a long-term health condition caused by the bite of an infected sandfly in Cyprus. It is not transferrable to other dogs in the UK as our weather is too cold for the sandfly in question. With a supportive vet, inexpensive medication, and routine bloodwork, Leishmania can be managed well and dogs go on to live happy to healthy life.

We can provide more information upon request about Leish and Manu’s specific case. Manu is currently based in Scilly but can be rehomed anywhere in the UK. He is neutered and has a clean bill of health aside from his stable Leishmania diagnosis. He is ready to travel once he finds his forever home.