Max is a 3 year old male Chihuahua cross Shiba Inu. He is a sweet and unusual little cross breed who shows both positive and negative traits of both his breeds. He is stubborn and talkative like a Shiba Inu and is Independent and aloof with people he doesn’t know, but is not stranger phobic or reactive when he meets new people. He is not overly vocal but is talkative and grumpy when he is unhappy in situations and is very affectionate when he wants attention. 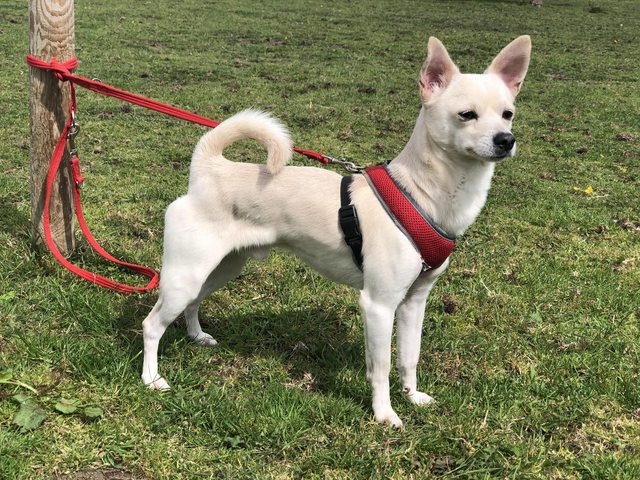 At first Max can be independent and aloof. He doesn’t enjoy being overly fussed initially, it has to be on his terms but is sweet and affectionate with his owners and people he knows over time. It’s a job to get him off your knee because he’s straight on your lap the minute you sit down once he knows you.

Max is very smart and quick to learn, he is high energy and enjoys being out and about. He would be really great at dog sports prospect such as agility, trick training and scent work. He is high energy and wants a job to do. Max has come into rescue due to his owners moving house and not being able to take him with them, he arrived very thin so we do not think he was coping well with the stress. 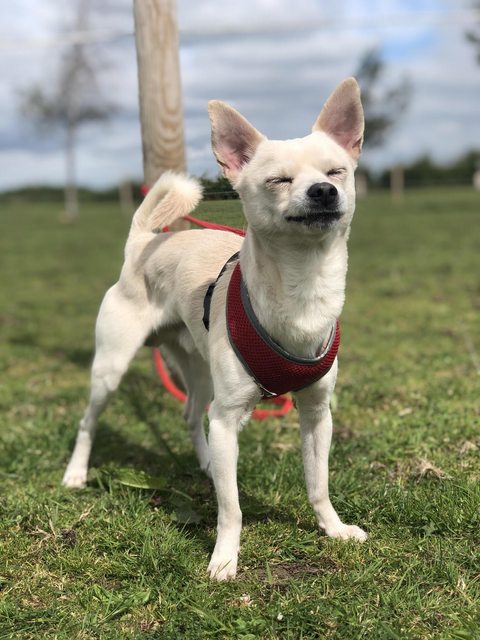 We are slowly putting weight back on him but have had him neutered and the change of environment has triggered further stress so he is underweight currently. He has begun eating well and we are feeding him on a high quality food. He arrived with food aggression with people and other dogs that was not disclosed previously, he takes treats fine around other dogs but will growl and bare teeth if anyone comes near his food bowl whilst he is eating. He is particularly worried about people near his food, he isn’t as bad with other dogs but will vocalize highly and warn a lot if you approach.

We don’t know if this is down to him being underweight or being In a new environment with multiple dogs so he now feels he has to guard his food, or if he did it previously and his owners were concerned about telling us Incase we no longer honored the rescue space because of it. 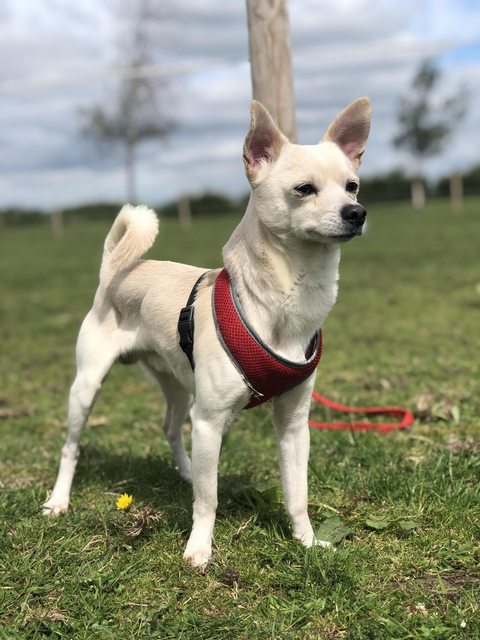 We have started waking by and dropping high value treats like chicken into his bowl as he eats so he associates positive things around us approaching him and his food. This will require ongoing training and we would advise feeding him in a crate or behind a baby gate and picking his bowl up afterwards. We definitely do not advise attempting to take his food off of him whilst eating nor leaving any high value long lasting treats around like bones and chews that he could potentially guard.

Max is brilliant with other dogs and despite his size is very confident with larger dogs like Great Danes and Dobermans. If you wanted a small sized dog who was not timid when meeting others then Max is your man. He is always up for anything. Max warning growls a lot if he is uncomfortable in situations and does not want to bite if he doesn’t have too but may do if he is pushed. We have yet to see him bite here but the vets stated he was difficult to handle there. 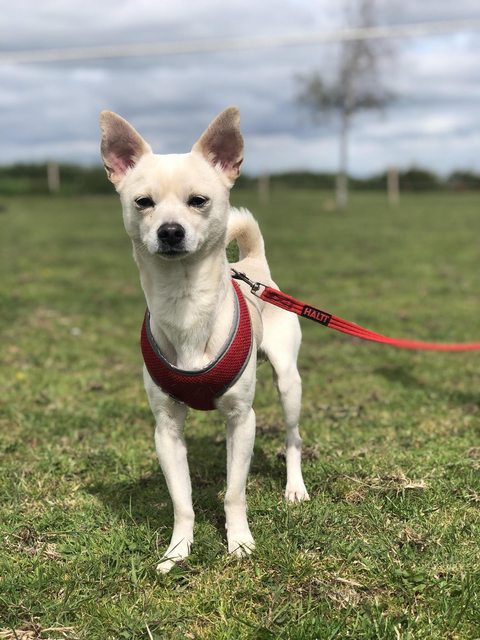 Max will need a home with people who understand the breed(s) and how to deal with fear/food aggression using redirection tactics. The rescue is happy to advise and offer continued ongoing support for life with his behavioral problems. We know in the right home Max would be a fantastic addition to a family and welcome the correct applicants to apply for him. In all honestly he is incredibly easy if you can safely recognize his signals that he is unsure and take adequate measures to keep everyone safe. Due to the fact he has a bite history and can be uncomfortable being touched suddenly we cannot accept applications from homes with resident or visiting children under 13.

Max is neutered, vaccinated and microchipped. He will be Flea and worm treated and leave with a lead, collar and harness.