Milo is a 4 year old male Chihuahua. He is by far the tiniest resident at the shelter. After being rescued from the streets as a stray, we were convinced that surely someone was missing this little guy, but no one came looking for him and weeks later he’s still sitting waiting at the shelter. 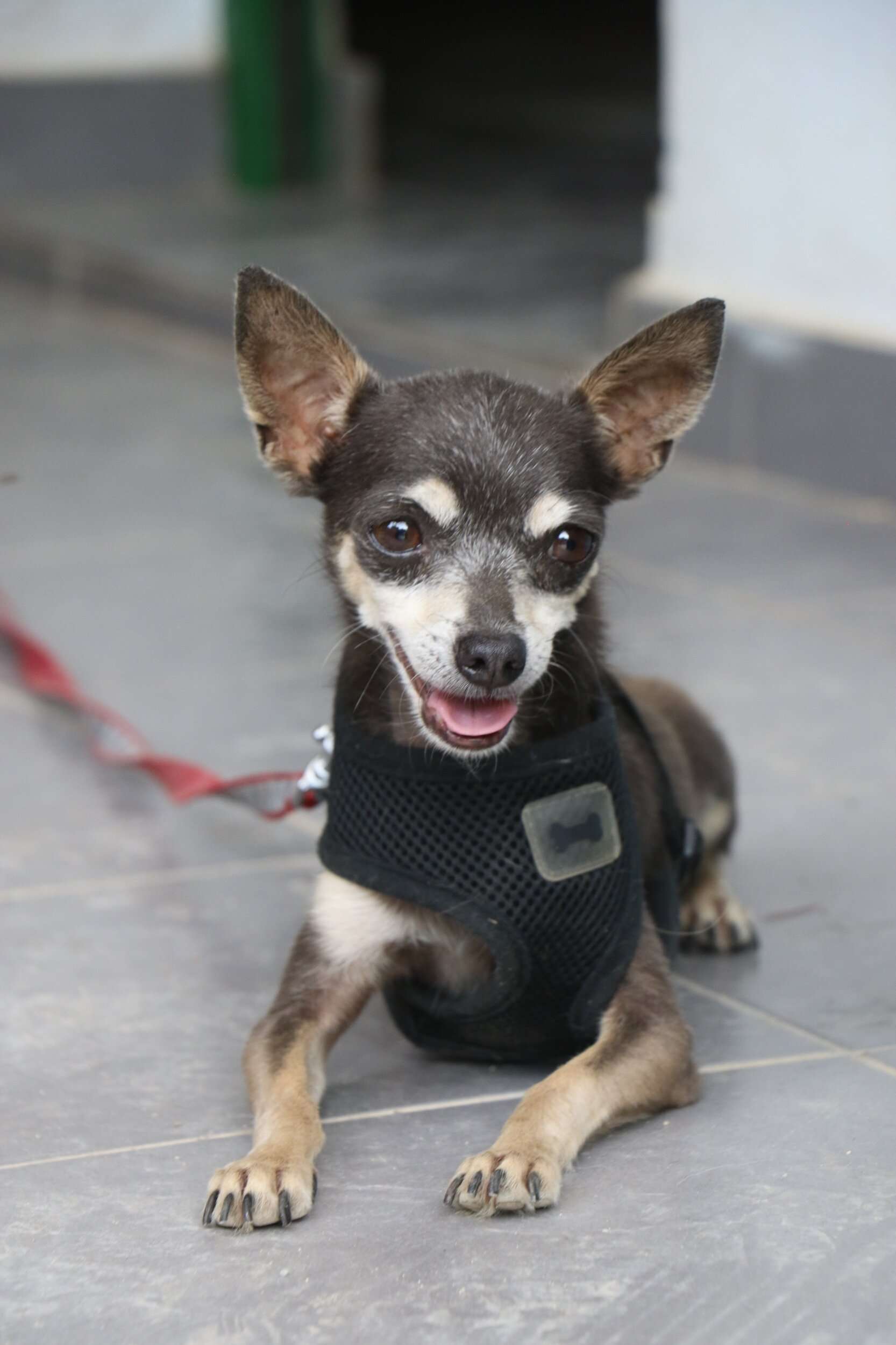 Milo is truly adorable but very unsure about his current surroundings. The shelter houses over 100 dogs and Milo is overwhelmed by the noise of everyone barking and lots of people coming and going. He just wants some peace and quiet, a calm environment, and someone to dote on him. Milo is a gentle soul and can be submissive around other dogs. 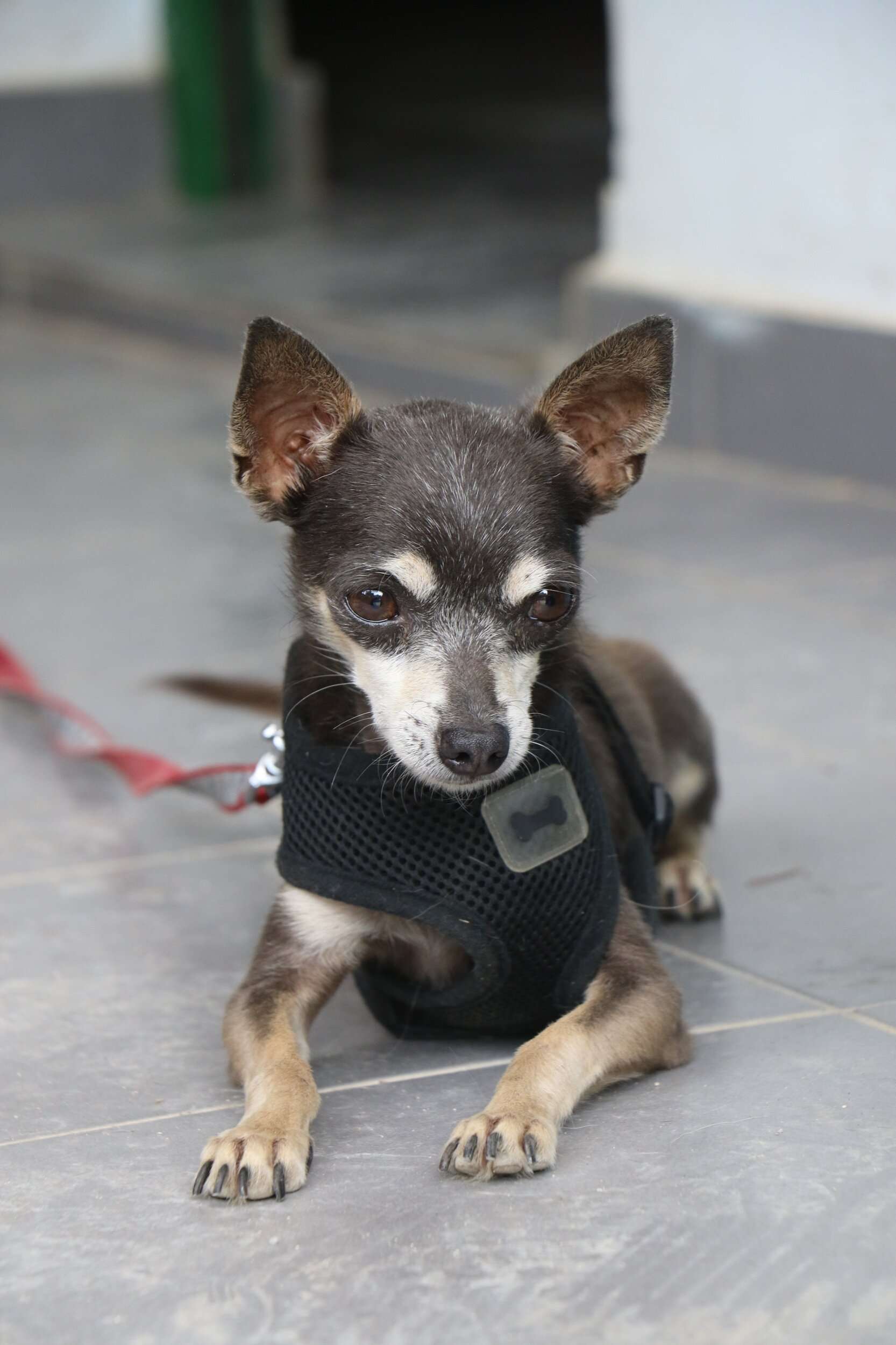 Whilst he’s never shown an ounce of aggression towards anyone, he also would be quite happy living in a home where he is the only resident dog. He won’t say no to being fussed over and loves being held, cuddled, and sharing food with people! Milo is friendly around children but would not be comfortable around little kids who are noisy and always on the go. He prefers older children (10+) who respect his space and won’t treat him like a toy. 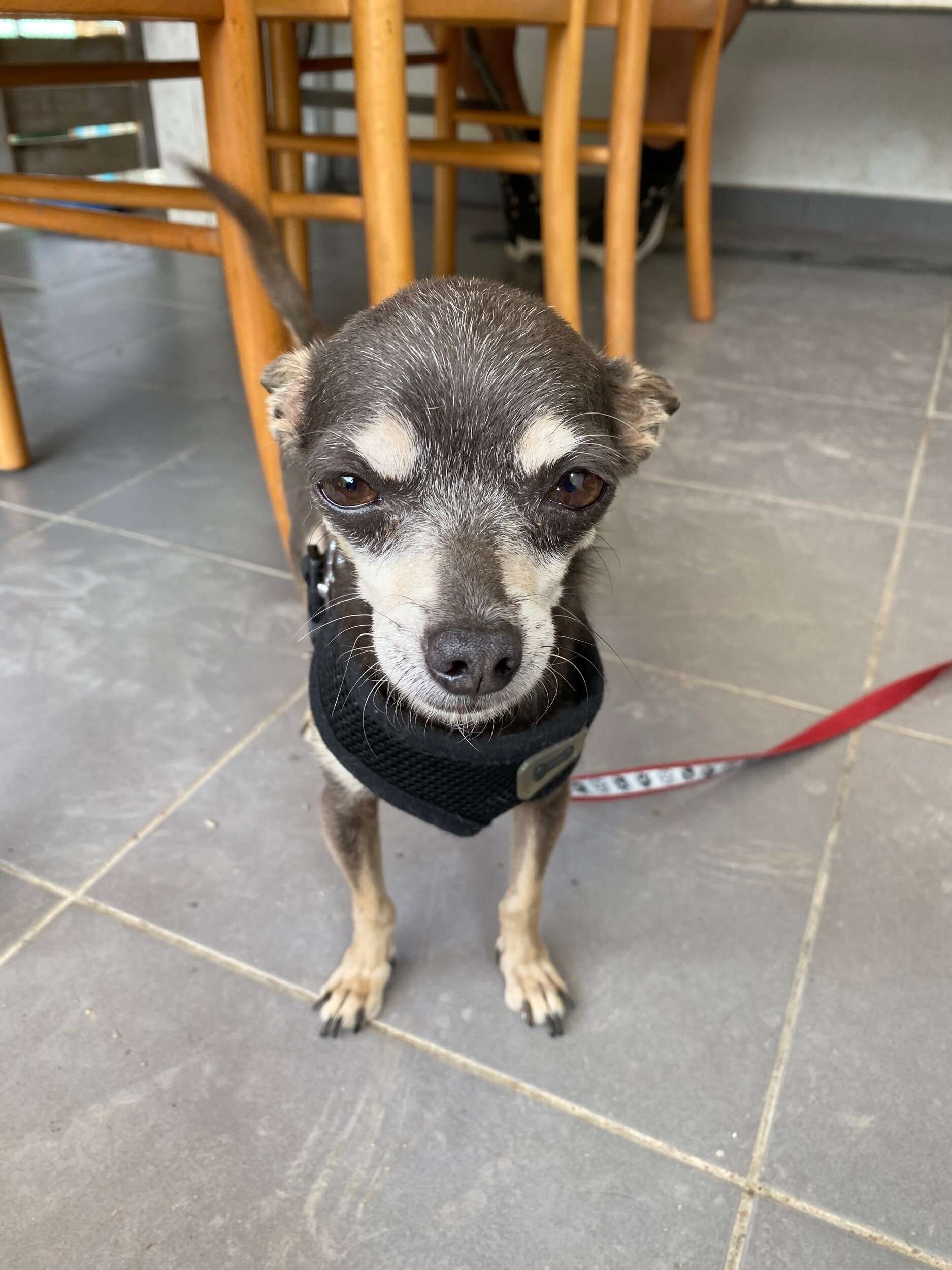 He hasn’t been tested around cats but is also smaller than one, so with a dog-savvy cat we don’t have any concerns about his compatibility. He’s not massively interested in other animals, he is people-oriented and loves being with humans more than anything. Milo is very affectionate and good-tempered. He would be happiest in a home outside of the city with a family who prefers a gentle pace of life. 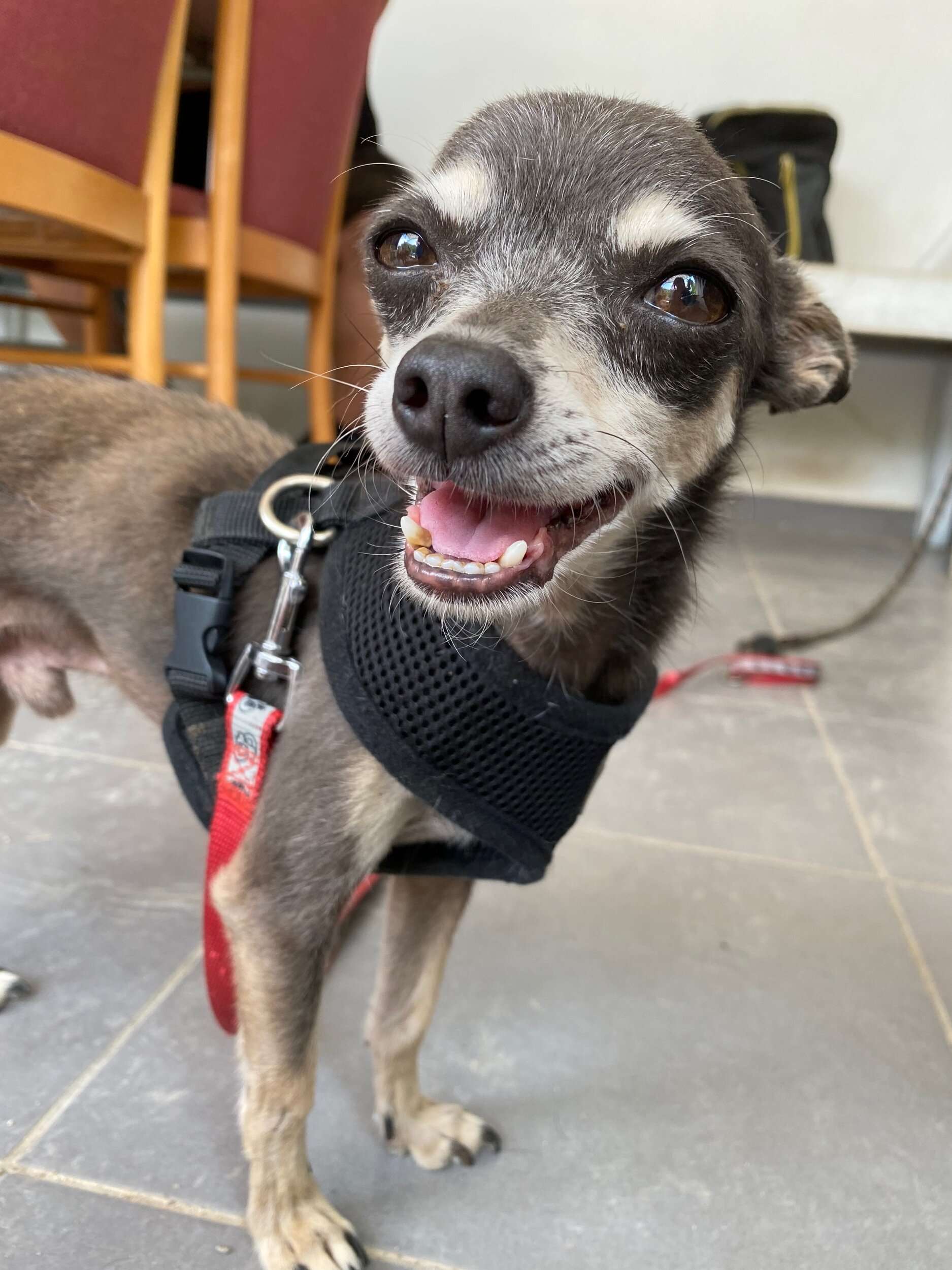 He’s not the boldest of characters and takes a little time to trust new people, but once he does he is nothing but love. He has such a sweet personality and in a proper forever home, we think he will blossom. Milo is currently based in Cyprus and has a clean bill of health. He is ready to travel on our October flight once he has a forever home.