The origins of the UK’s first National Dog Adoption Day, held on 25th October 2019, was to give support to animal shelters across the UK by promoting the concept of dog adoption while sharing stories of some special dogs in rescue currently looking for new homes. 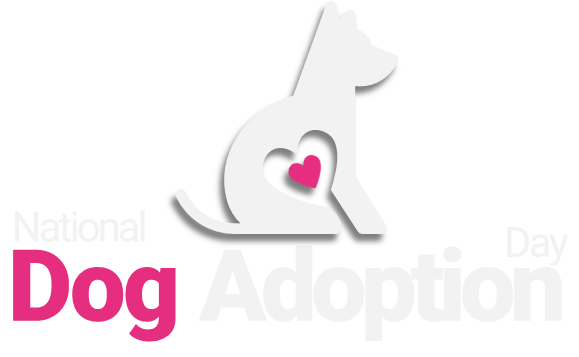 The campaign, which ran for a second time in 2020, aims to help new dog owners understand what lies ahead by sharing the many fantastic benefits of adopting a dog.

Here are some of the latest findings of dogsblog.com data analysis:

A new study has revealed that it takes dog lovers two minutes and seven seconds1 before they know a dog is ‘the one’, according to new analysis.

The research has been released by National Dog Adoption Day and Animal Friends Insurance and is based on the average time spent looking at a dog’s photos before more than 2000 would-be dog owners sent adoption enquiries to dog rescues. The dogs who took part in the study on dogsblog.com were a mix of breeds, sizes and ages.

The findings reveal that even when based entirely on a dog’s photo, or even a video, we begin to build a connection instantly.

Scientists lay our emotions to dogs firmly at the door of the ‘love hormone’, oxytocin, which is released into the brain and is elevated when humans gaze into a dog’s eyes.

1 Conducted online on dogsblog.com between 1st-23rd September 2019, based on the average time spent on dogs pages before 2053 would-be dog owners sent an adoption enquiry to the dog’s rescue. The dogs were a mix of breeds, sizes, ages and genders.

Animal rescues are at breaking point as more than half (56 per cent) say more dogs than ever are being abandoned, with an increasing number of dogs being abandoned and left to stray.

In ever-increasing numbers, UK animal rescues are reporting that dogs are being given up to shelters because they have been purchased as puppies and don’t keep the ‘cute factor’ when they grow into adult-sized dogs.

According to dogsblog.com data, almost half (45 per cent) of animal rescues believe there is a worrying disconnect between people getting a dog and understanding the responsibilities involved in being a dog owner.

Breeds Most Commonly Given Up To Shelters For Adoption

Most Popular Breeds For Adoption

The Very Real Cost of Dog Abandonment: What It Costs Rescues to Care for Dogs Around the UK

As a result of dogs being left to fend for themselves before being taken into a rescue’s care, a rising number of dogs in rescue need to be nursed back to health before they can be adopted by new families, with seven in 10 shelters reporting rising costs in vets fees over the last two years.

Shelters admit to spending on average £250 (per dog), with almost two in 10 spending twice as much to bring a dog back to health.


*Study carried out by dogsblog.com among 600 animal rescues between January-September 2019

dogsblog.com is the UK’s leading dog adoption site. Launched in 2007, the site was set up to help publicise the concept of dog adoption, support animal rescues and help more dogs to find loving new homes.