Neo is a 10-11 year old male Staffordshire Bull Terrier Cross. Neo is a special boy with one of the worst stories we have ever came across here at the rescue. Along with another dog, he was viciously attacked with an axe at the hands of his owner in December 2017. The catalogue of injuries Neo suffered were just incomprehensible and broke our hearts, he is very lucky to be alive. Both dogs spent 6 months in police kennels before being signed over to us for rehoming in June 2018. Thankfully the other dog has now found a fantastic home and we are desperate to find the same for Neo. 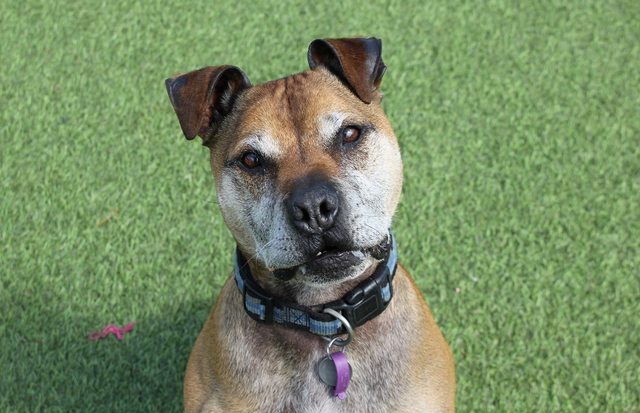 We cannot even begin to imagine the suffering that Neo had endured not only through this deliberate act of cruelty but also in the months following after finding himself in kennels and separated from the only life he had ever known. Despite everything Neo has been through he is such a sweet, friendly boy. He finds rescue life quite stressful and can take his frustration out by grabbing plastic bottles or stones on walks. He can also be quite vocal during play and can get a little too over enthusiastic around toys! 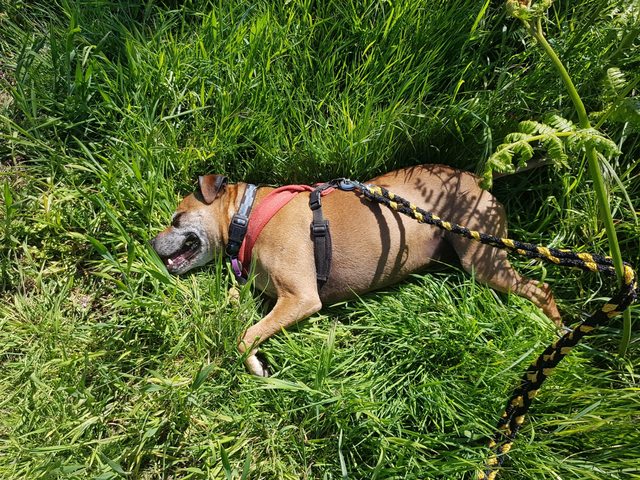 We have found that with a consistent routine involving a small group of trusted dog walkers Neo is starting to improve. He enjoys his walks and is generally a happy boy. Away from the rescue environment Neo truly thrives, he is much calmer and will happily enjoy a snooze in the sun. 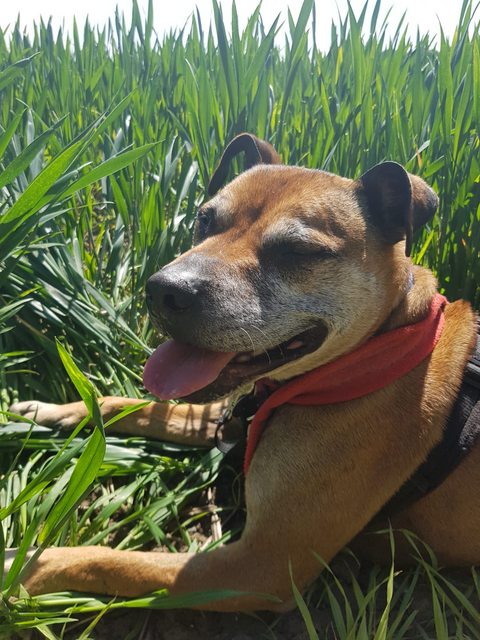 We are looking for an adult only, pet free home for Neo with a kind and patient owner who can help him overcome the traumas of his past. We do not know how he will cope when he is left alone so ideally his new owner will be around for most of the day. He is such a beautiful dog and will make a truly devoted companion. 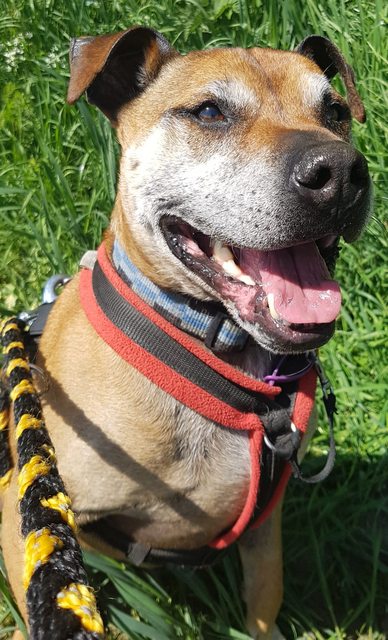 Neo had x-rays taken on 30th of May 2019 as he does walk slightly hunched over and we felt this needed investigating. All of Neo’s major joints and his spine where x-rayed and were found to have no signs of significant changes but because of his symptoms (the way in which he walks) we can say that he does have early signs of generalised osteoarthritis and he has since been placed on supplements to support this. 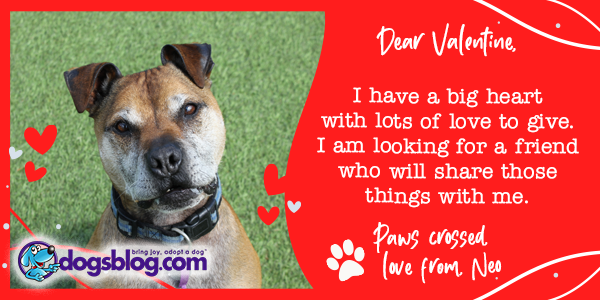 Neo is otherwise a very healthy and active boy who thoroughly enjoys his walks. He has suffered such cruelty in his past and we are desperate to see him happy and in a loving home. 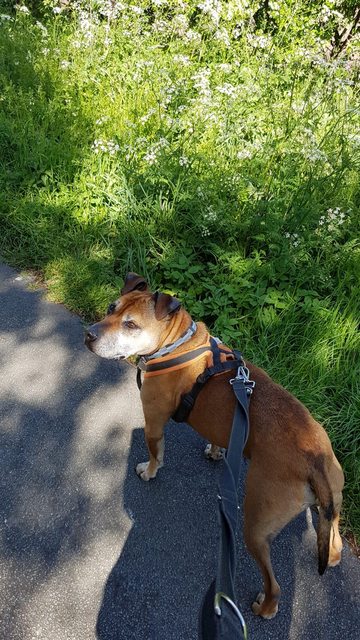 Please note: We do a homecheck for all dogs. We will rehome to anywhere in the UK, the only exception being a dog with any behavioural problem that requires someone to meet them as often as possible before adoption, which wouldn't be possible if they lived on the south coast!

All dogs are vaccinated, neutered, microchipped, wormed and deflead. We ask a donation of £185 to cover these costs.