Nipsy is a nine month old male Wheaten Terrier cross Lurcher. He came into our care as his family could no longer keep him. He is Greyhound size so not a small Lurcher. Nipsy is currently in foster as an only dog but could be homed with another dog or dogs. The dog/s must be able to tolerate his playing, he couldn’t live with an older dog or a dog who prefers their own company as he does like to play. 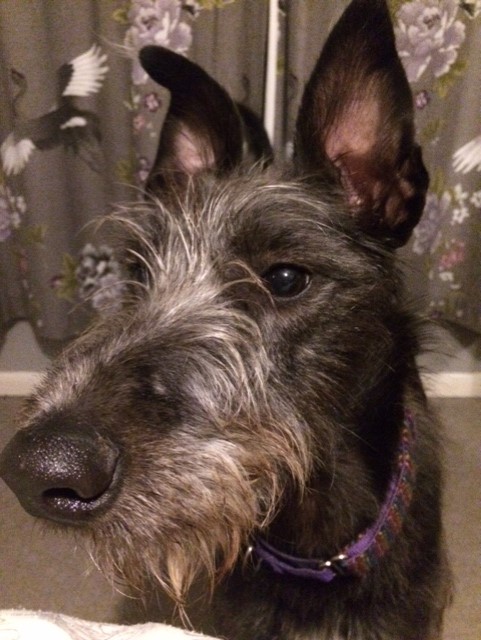 He is housetrained and can be left for brief periods, but due to his age, we would prefer someone to be around most of the time to occupy him. Socialising with other dogs is still ongoing, he loves to play with other dogs and greet other dogs, but can at times be giddy when he’s on his lead if he sees other dogs playing and running. 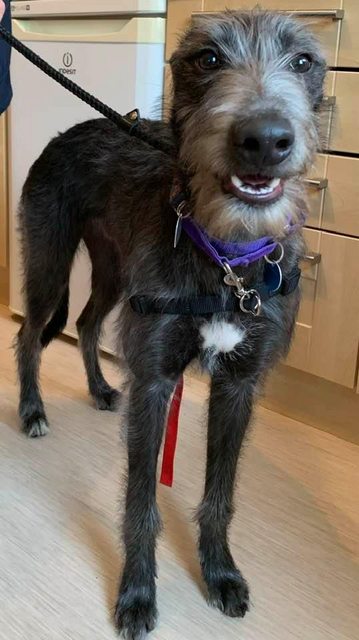 He has had some recall work in a quiet place and has done well, but this is something that still needs to be worked on in general. He hasn’t been let offlead in un secure areas where there are distractions for example in a park. 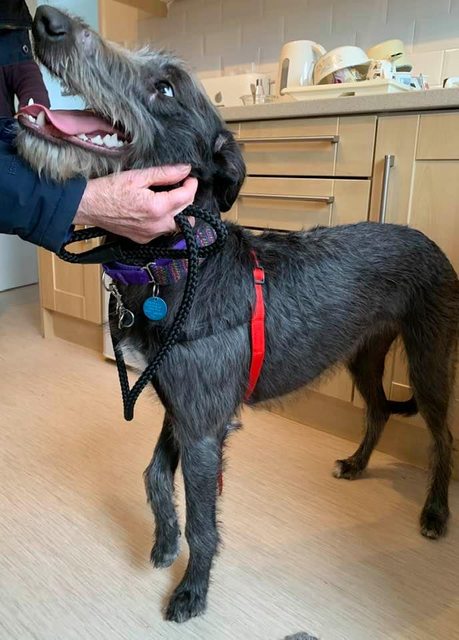 In the home, he sleeps by himself and knows routines. When he arrived , he did push every boundary, he was quite pushy, this is something he will do if he’s not kept to a routine and given fair but firm guidance. He is certainly at the age where he he could potentially become a stroppy teenager! He would be better living with older children or adults, he is not cat friendly. 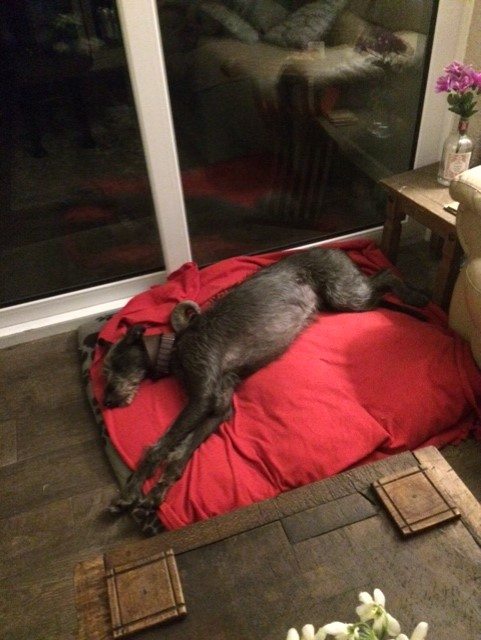 Nipsy is going to make somebody a super little friend, if you could offer him the home he deserves, bearing in mind he is a young lurcher and can be a handful at times, please contact us.

Nipsy is neutered, microchipped, vaccinated and flead and wormed. He can be homed both locally and nationally dependent on a successful homecheck.