Onix is a 1-2 year old female Cross-Breed. She was rescued from a garage in Mauritius as a five day old puppy. Her mother had given birth under a lorry and was in desperate need of help. She was malnourished and very fragile, so she was unlikely to have been able to keep her pups alive had she not been rescued. 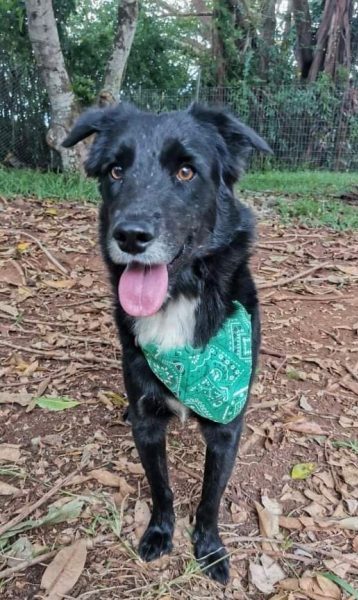 Because she was rescued at such an early age she is trusting and friendly with humans. However, she’s never had a home to call her own and has been growing up in the shelter. Although the rescuers do their best to give the dogs everything, it’s still not the same as having a proper home. 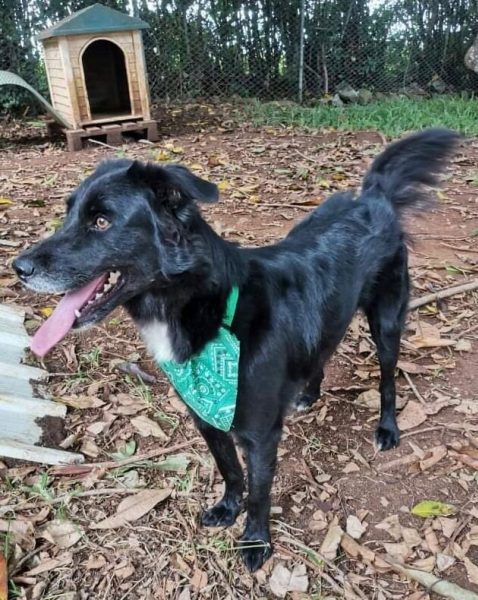 She is such a wonderful character and we’re hoping someone out there will see her and fall in love – she deserves it! She would be best suited to an active lifestyle in a rural or semi-rural area. She loves her walks, playing in the water, swimming, and chasing other dogs. 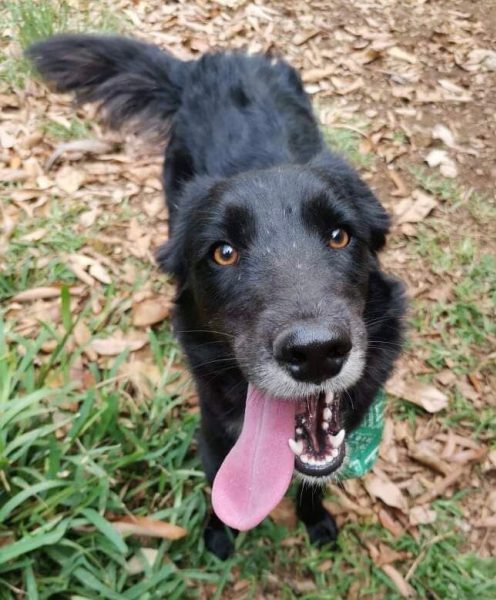 She is playful, fun loving and enthusiastic, and would love a home who can give her the active pace of life she enjoys. At the moment she does need some continued lead training as she will pull, but it’s out of excitement rather than lack of training. 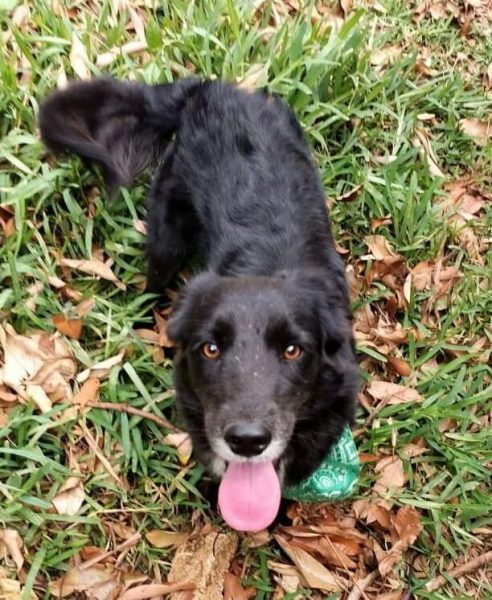 With a better daily routine and regular walks this is likely to improve. Although outdoors she is lively she is also extremely affectionate. Onix loves cuddles and belly rubs and will constantly come and ask for pets.

She’s also great with other dogs and has never known a life without the company of other canine pals, so she might fare better with a resident dog to learn from in a new environment. She can also be rehomed to a family with children aged 10+, but has not been tested with cats. She is currently in Mauritius and has a clean bill of health. She is ready to travel once she finds her forever home.