Oscar and Kaya are 1 year old male and 4 year old female Hound Crosses. They are both special dogs with their own stories, but they went through a very traumatic experience together which has only strengthened their bond. The pair almost lost their home when a huge fire broke out in the mountains of Cyprus, engulfing the landscape and causing human and animal lives to be lost. Thankfully their foster mum (who is incredible) put her animals lives before her own and managed to save every single four legged friend before evacuating her home. 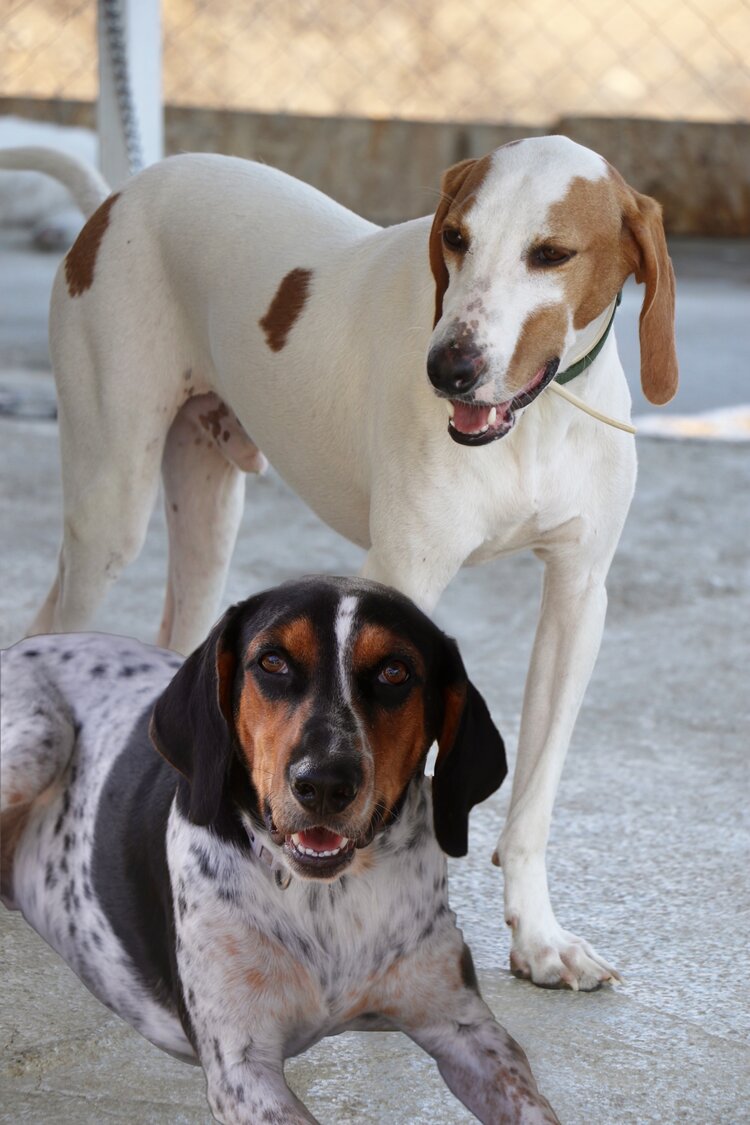 Oscar and Kaya spent a few weeks in kennels before being able to return to their home which luckily hadn’t perished in the fire. The fact they had one another throughout this time meant even through a difficult period, they had a friend alongside them. We would therefore like to find the pair of them the perfect home where they can stay together forever. 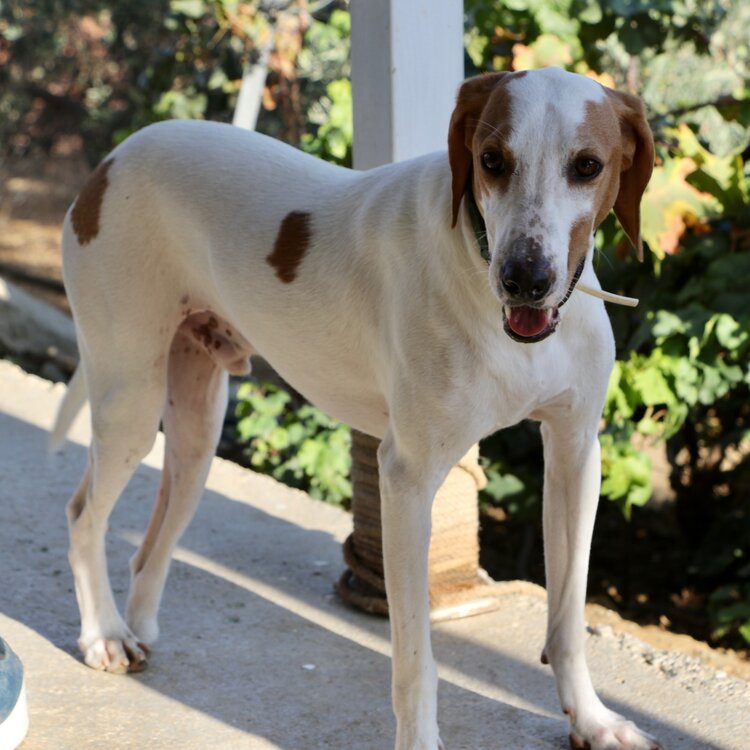 Oscar was found as a skinny, starving stray as we assume he was probably dumped due to fact that he’s missing the foot on one of his back legs. This doesn’t hold Oscar back from running about and playing with other dogs, but it probably didn’t make him a suitable hunting dog, and that, coupled with the fact that he’s a shy boy, would have meant he was useless to a hunter. Hunting hounds are abandoned all the time in Cyprus and are often really badly treated, so Oscar was extremely lucky to have been rescued. 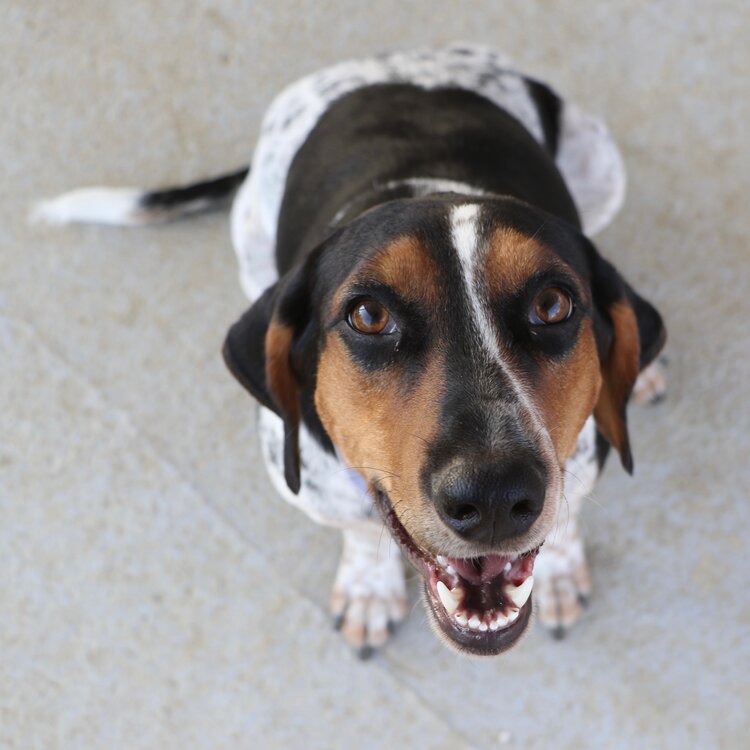 Kaya was found with her puppies, living as a stray and extremely malnourished. She was an amazing mother and put everything into raising her babies but as a stray she was struggling to find food and became really skinny. Thankfully she too was taken in and fostered and is now verging on the not so skinny side! During her veterinary preparation, Kaya tested positive for very low level Leishmania. She doesn’t require medication at the moment but we can supply her adopter with some in case it’s needed in the future. We can also provide advice and support about the condition to put anyone’s mind at rest. 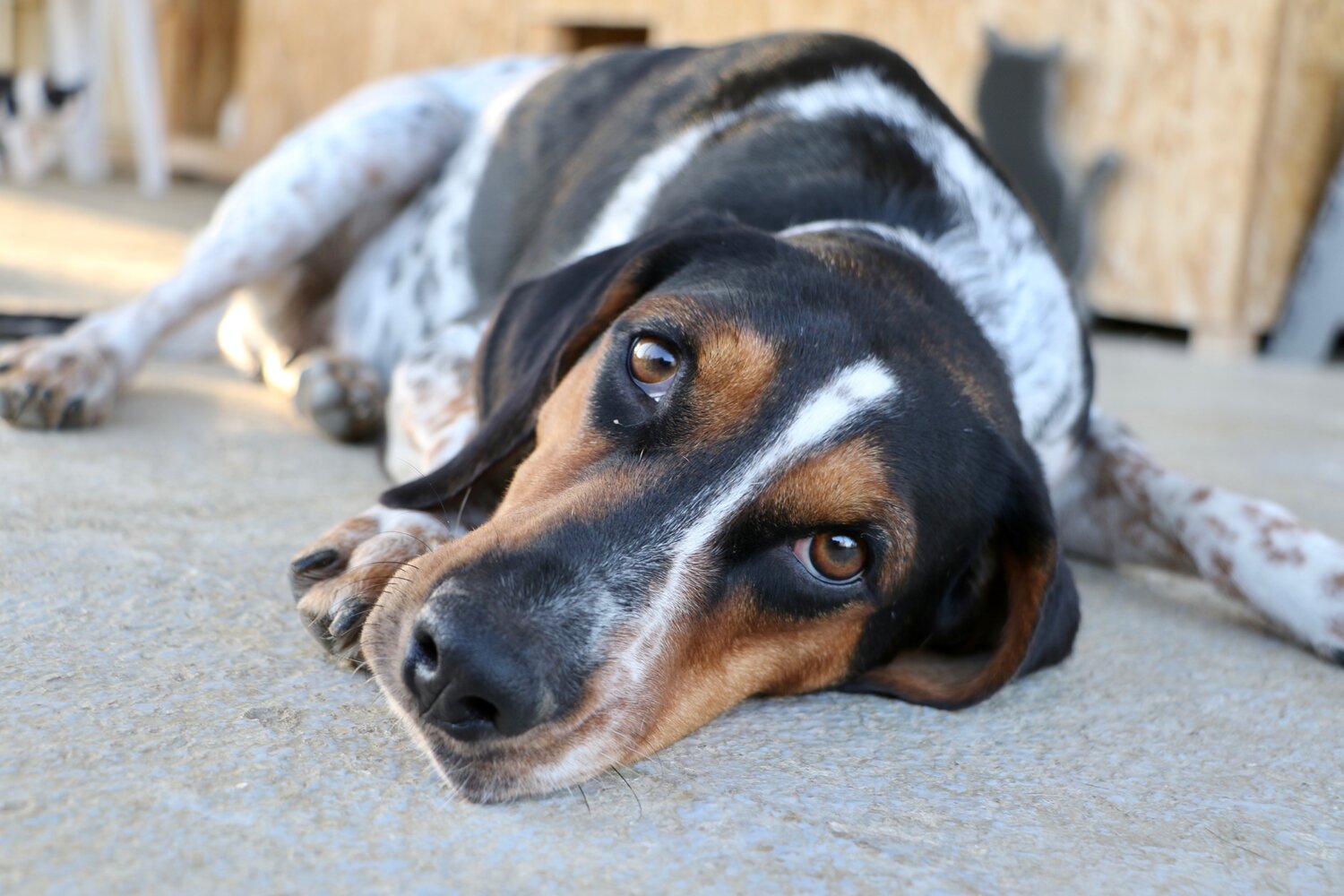 Despite being best pals, Oscar and Kaya are very different. Kaya is super trusting and friendly (she would probably trust a burglar) whereas Oscar is much more suspicious of new people. He relies on Kaya to suss new people out before he will come near them.

Kaya will approach anyone for a cuddle and loves to have her belly rubbed, whilst Oscar prefers to come to you in his own time and would rather have a quick chest or chin scratch. Because they’re different, they work well together, and Kaya almost acts like a therapy dog for Oscar in the way she lets him know things will be okay. 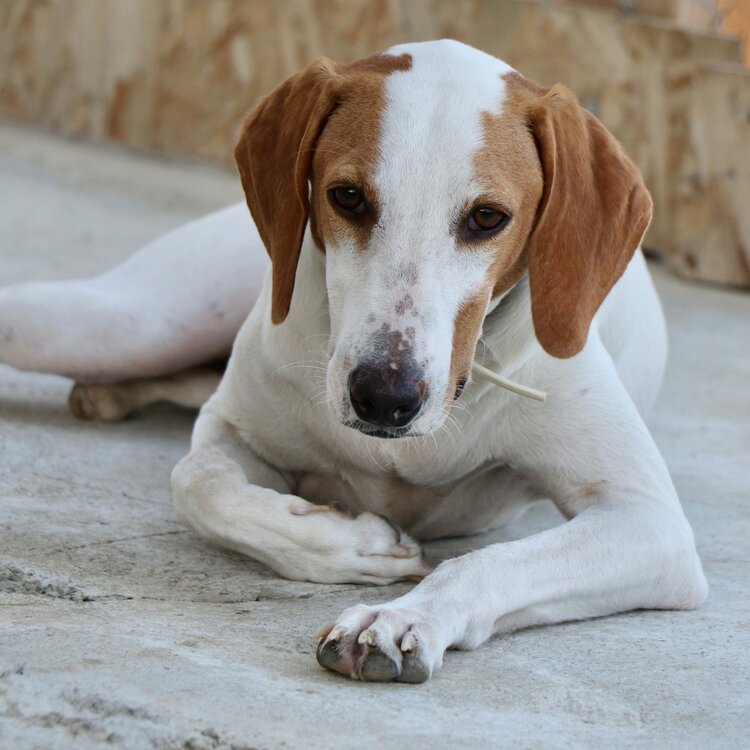 Both Oscar and Kaya have lived with dozens of cats and don’t have any problems with them. They also both adore other dogs and would be happy to be adopted alongside a resident dog who likes to play. Oscar really comes out of his shell in the presence of other dogs and would probably benefit from another friend as well as Kaya. He doesn’t really understand toys, but he totally gets how to play with other pups which is lovely to watch!

We are looking for a rural or semi-rural home for Oscar and Kaya away from busy roads and too much noise. They would appreciate a calm home atmosphere, a garden to play in, and a patient, understanding adopter – especially for Oscar.

Both of them are true underdogs and whoever is lucky enough to welcome this precious pair into their lives will of course have our full support throughout their adoption.