Otto is a 2 year old male Cross-Breed. He was brought into the shelter with his pal Gomez, after being found wandering as strays together in Nicosia.

They were both absolutely terrified and arrived at the gates having soiled themselves, and drooling profusely from stress. It was heartbreaking to see them so confused and scared. 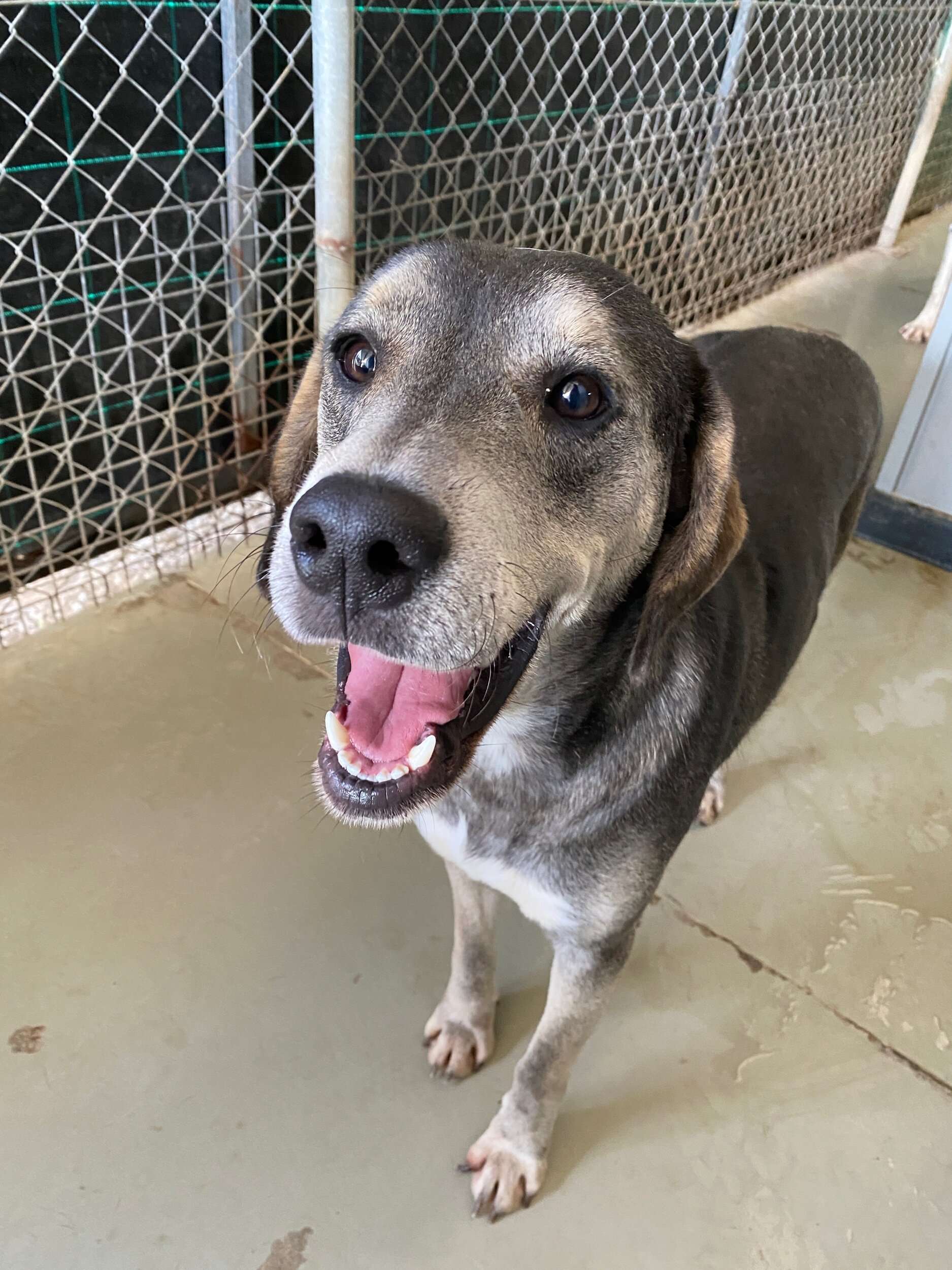 We’re not sure if Otto and Gomez are related but they’re really good pals. Otto is much calmer and less bouncy than Gomez, but she tolerates his excitable friend without any complaints and enjoys his company. 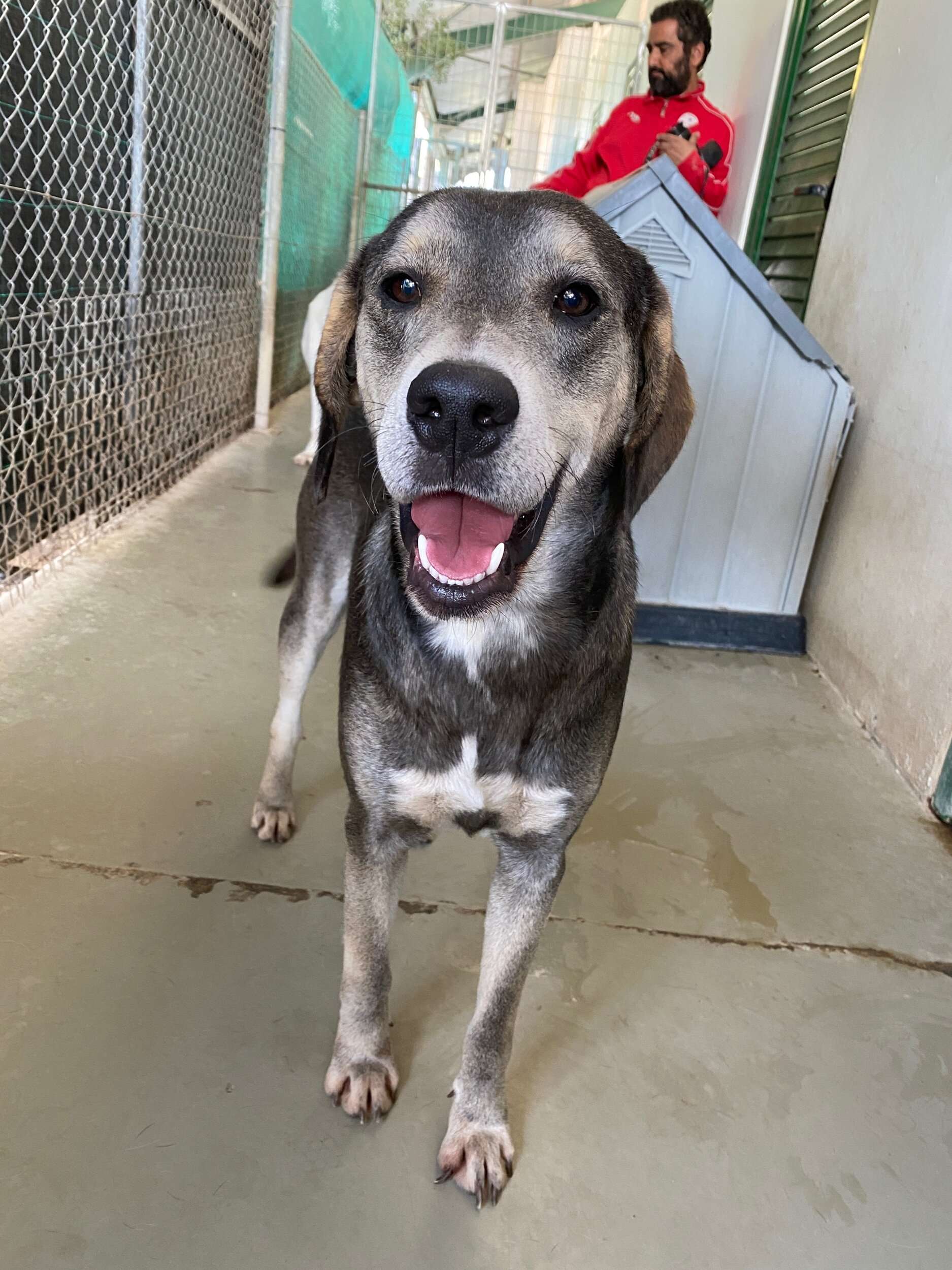 He will keep his distance if he’s not sure about another shelter pup, but is happy to socialize if they’re friendly toward him. He’s a balanced boy and whilst he was super scared when he first arrived he’s generally a very calm boy. 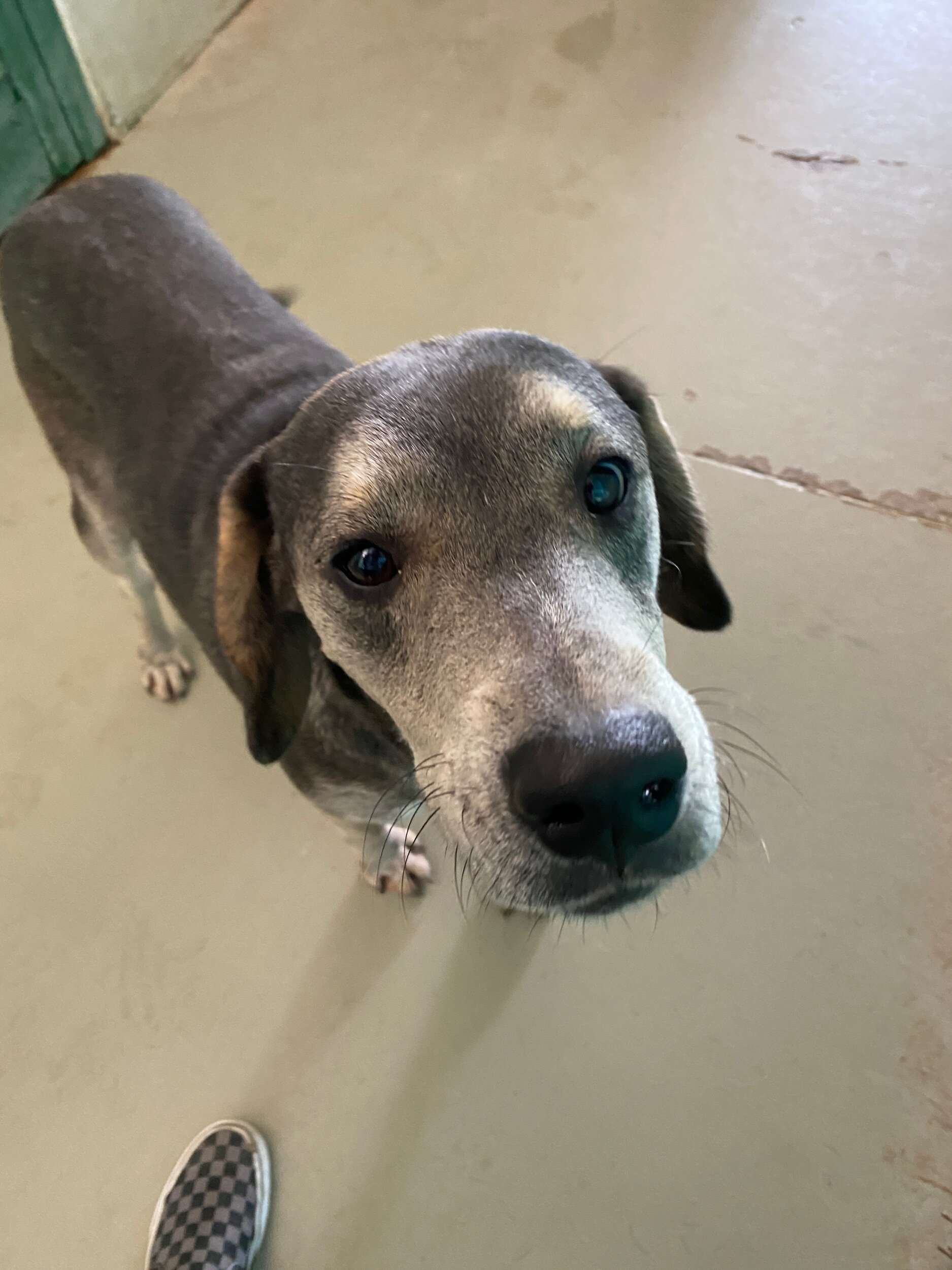 Otto is thought to be around two years old and is a beautiful mixed breed boy, around Labrador size. His coat is almost silver in colour and he has the kindest eyes and sweetest smile.

He loves a cuddle, but won’t jump up to pester you for one. He loves an ear rub and will lean against your leg when he wants more of a fuss – he’s just lovely. 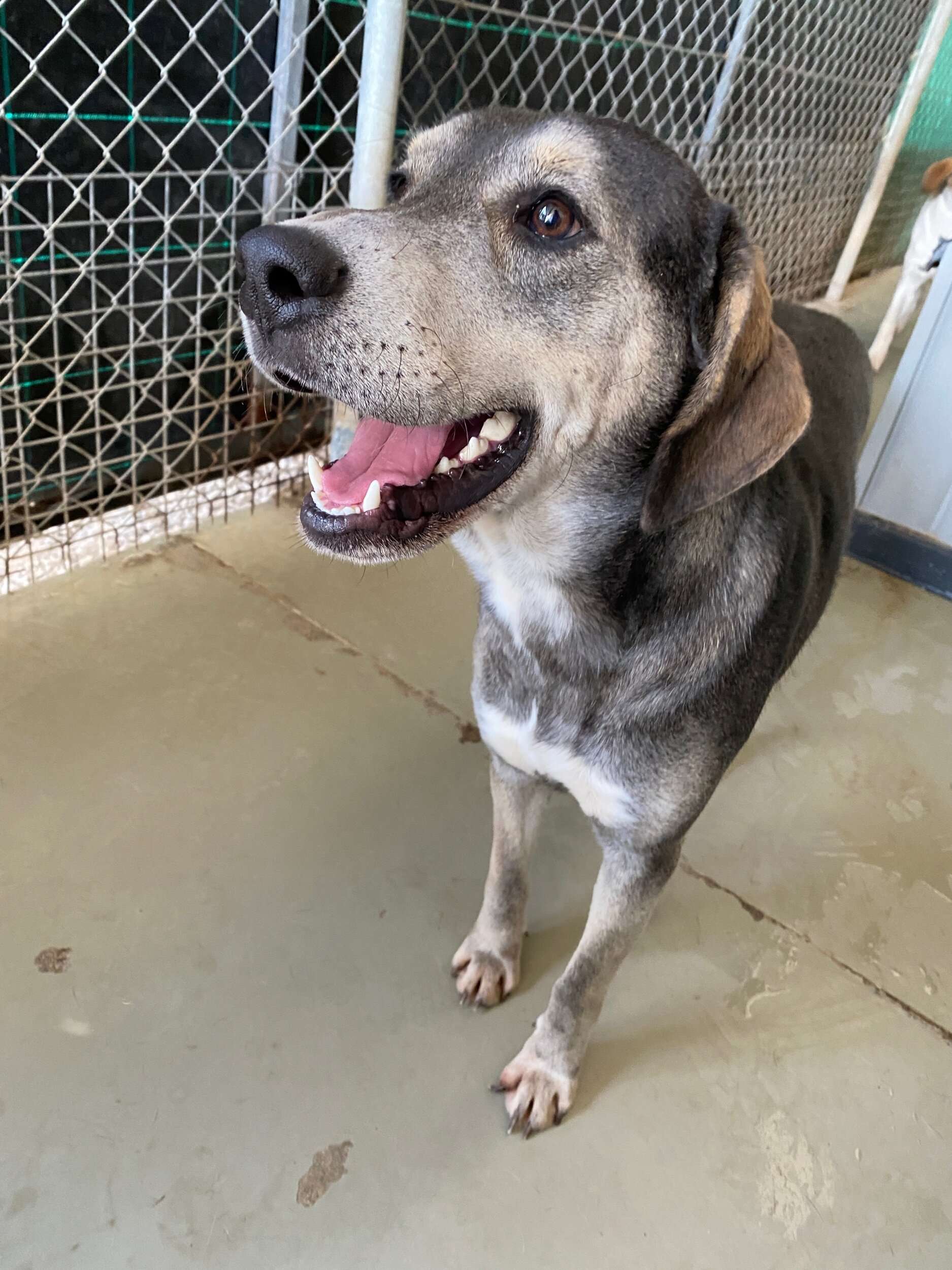 Otto’s ideal home would be outside of the city. He would benefit from a surrounding area that was quite calm and not too busy, as loud noises are a bit unnerving for him at the moment, but his confidence has already grown in such a short space of time.

He would like access to a garden, and he can be rehomed alongside other dogs without an issue. 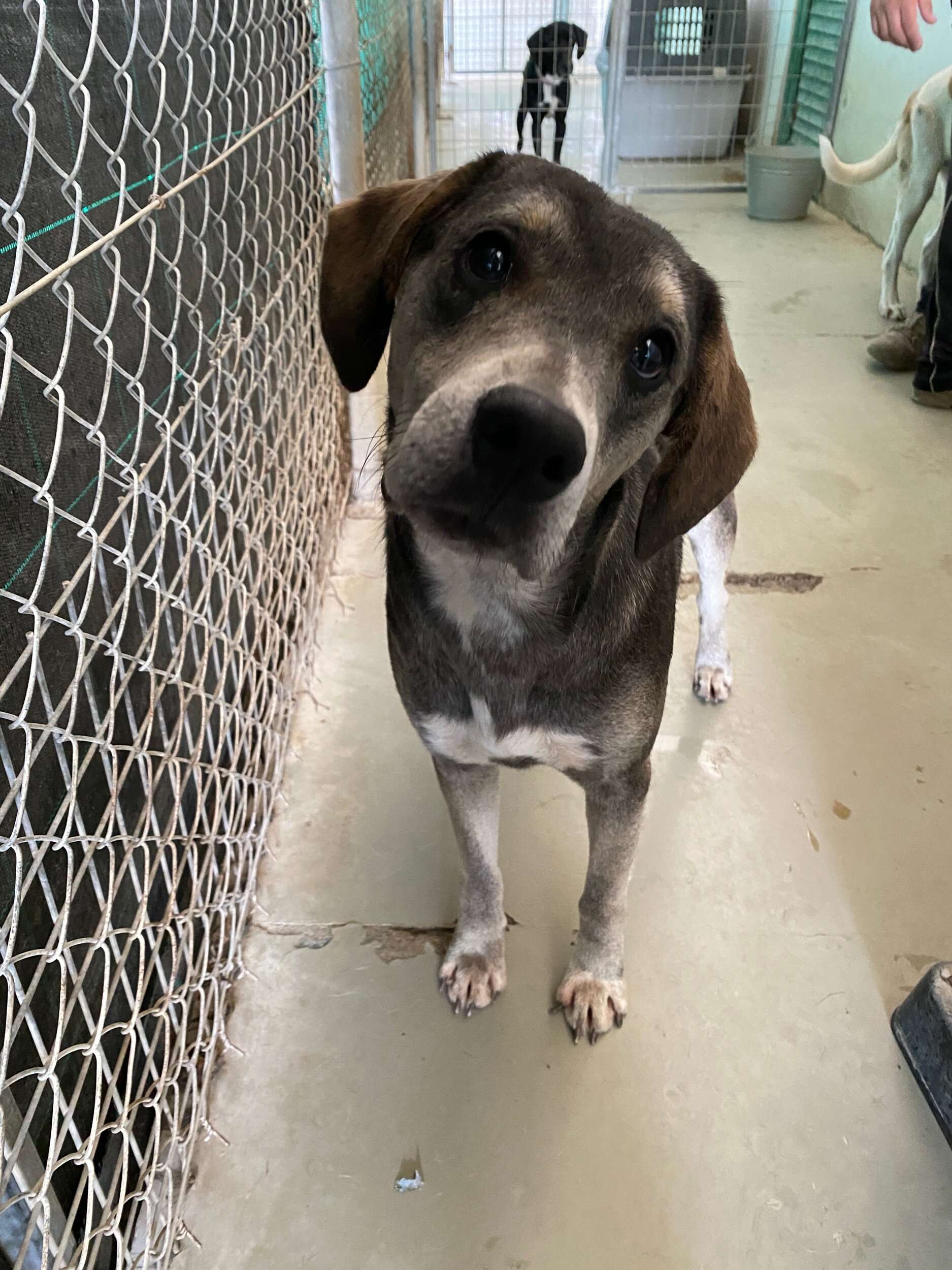 Otto has not been tested with cats, but we feel based on his good nature that he would be suitable for homes with children aged 6+. Otto is currently based in Cyprus and has a clean bill of health. He is ready to travel once he finds his forever home.