Ozzie is a 2-3 year old male Terrier Cross. He is currently in Oman. He was rescued after being abandoned on the street by his previous owner. He was very dirty and matted by the time he was rescued, which is why he has shaved fur in his pictures, but he will have a fluffy coat when it grows back. 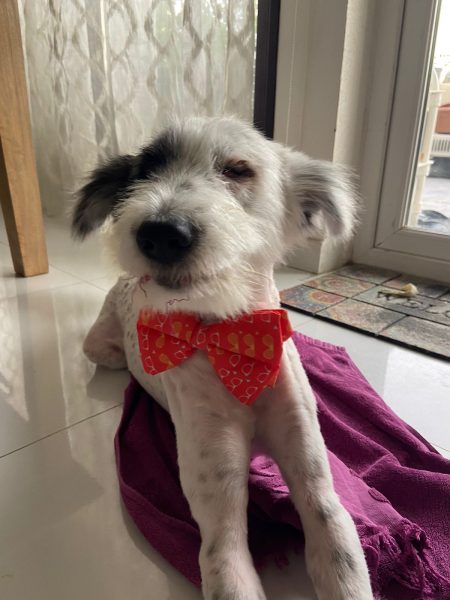 He is wary of new people but once he knows you he is very affectionate. He is the kind of dog who likes to sit with his head in your lap or sit on your feet! He loves the sofa in general and is a low energy dog who enjoys spending his days relaxing. 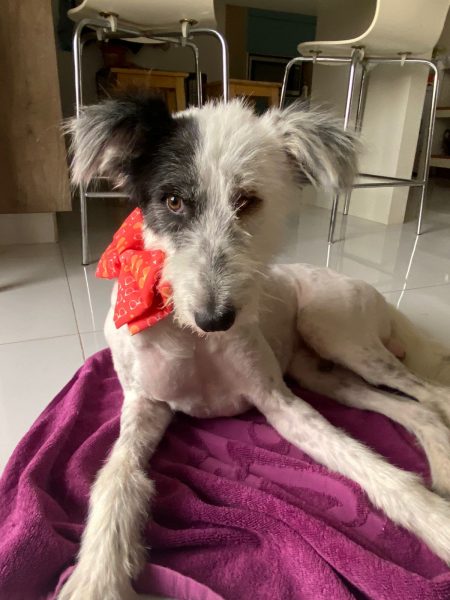 He’s good with other dogs and currently lives with two other dogs. He can be scared of street dogs and will bark if he sees them in the distance but this could be due to his inability to fend for himself when he lived on the streets. 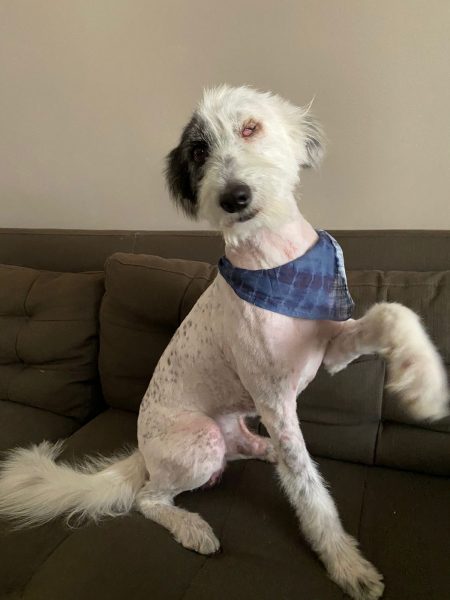 There is actually a video showing people feeding a group of stray dogs, including Ozzie before he was caught, and one of the dogs attacks him over the food. Ozzie is in good health overall but does have a cherry eye which we are getting advice and treatment for from the vet. 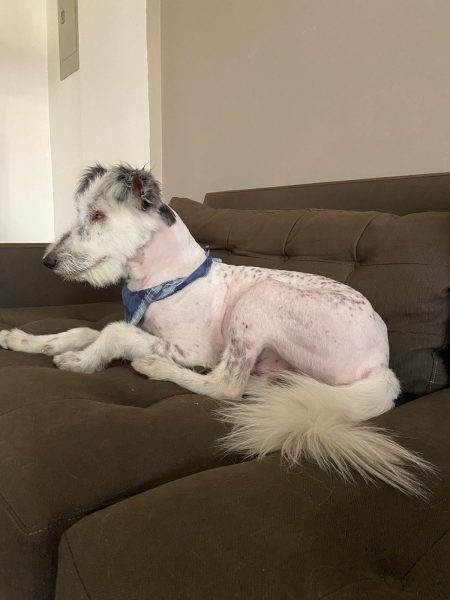 He would enjoy a home with or without other dogs. He doesn’t react to any cats he sees on his walks but has never lived with a cat inside the house. We also don’t know what he is like with children but this could be tested if need be.