Paddy is a ten year old male Staffordshire Bull Terrier and this is a very special appeal for a fellow who deserves nothing but the highest praise. Paddy does not act his age and is a source of immeasurable joy to all those who work with him. He has waited so long now for that special someone to come along with a Paddy shaped whole in their life and so we thought we would try and grease the wheels a bit. If Staffordshire Bull Terrier’ are your thing. then Paddy certainly is. 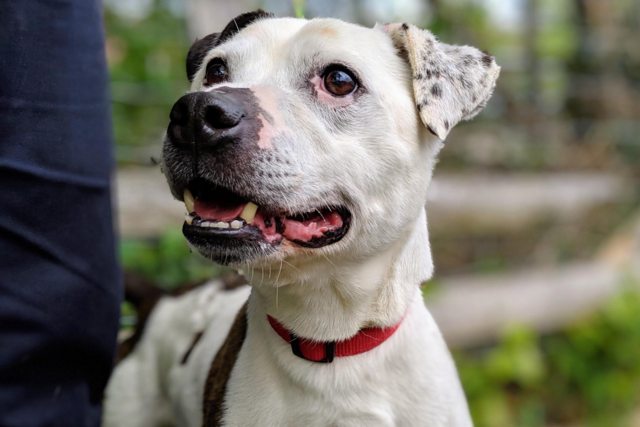 In may ways he is a classic Staffordshire Bull Terrier; lovable and affectionate, cuddly and clingy and completely lacking in airs and graces. A proper piglet, he loves his food and his treats and will do anything in order to get them – clever too. But he also has his quirks that set him apart. Like his infatuation with plastic dog beds which are, as far as Paddy is concerned the most funny thing in the world. He spurns the ball, snubs the cuddly toy, his bed is where it’s at, rolling it and tumbling with it. 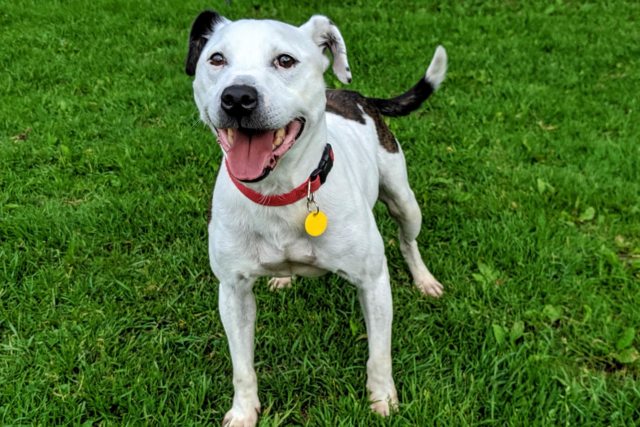 You will wonder where he has got to sometimes, when a face appears from beneath the self same bed, upturned, like a tortoise emerging from slumber, his blanked draped over himself insouciantly. Yawning. You can’t help but laugh. There is a delightful cheekiness to everything Paddy does and it’s one of the many things that makes him shine – his sparkling, fizzing personality is his and his alone. You love Paddy because he does not give you a choice. 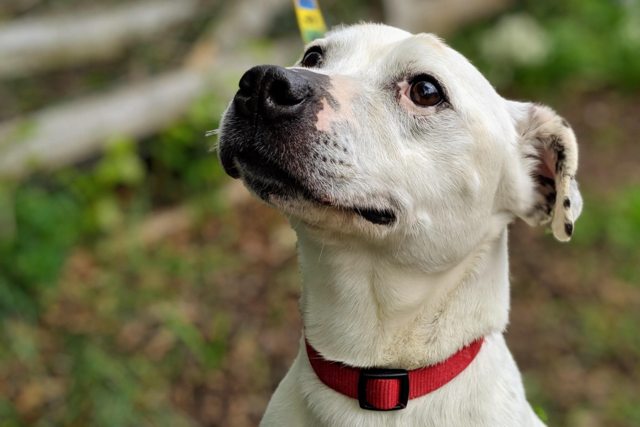 But, Paddy is a boy prone to anxieties and can be worried sometimes so will need an owner who understands this. Once he knows someone and feels comfortable in a new situation, then he’s a massive sweetheart. He is such a handsome dog, his eyes, his nose, his stance and his asymmetrical ears. Having worked with him for so long at this point, we have never been more convinced that Paddy will make the right person indescribably happy and unfathomably loved. 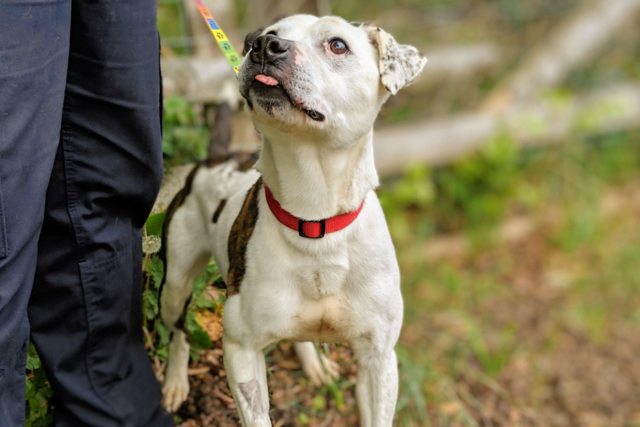 Paddy would be best placed in an adult only home and one where he is the only animal, which we believe will help him to settle and relax into his new routine. He has become too accustomed to ours, far removed from normality as it may be. He now needs a chance to make a fresh start and begin anew.