Perry is a 3 year old male Pointer Cross. He has a sad story. He was found roaming and collected by the pound. When he was there, a family offered to adopt him. Local pounds don’t vet adopters but they said they seemed wealthy, and so off he went. The very same day, Perry was found again, tied up after they’d decided they didn’t want him. So off he went back to the pound. 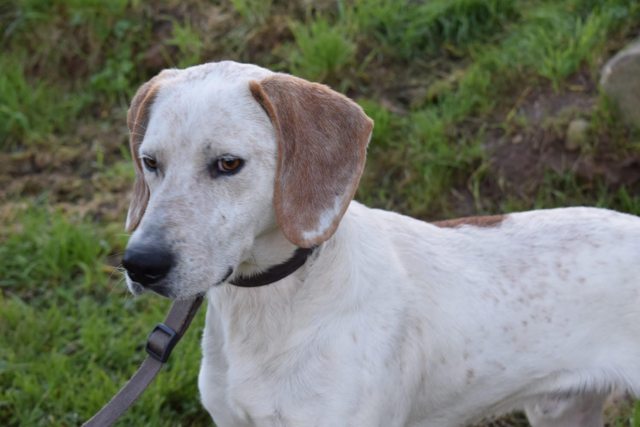 Unfortunately he had to wait there for some time since he was registered to the people who had adopted him and since they hadn’t brought him back, the pound had to wait until his chip was out of their name to release him. He also wasn’t allowed to be up for adoption in this time. So poor Perry waited an extra two months locked in a kennel. 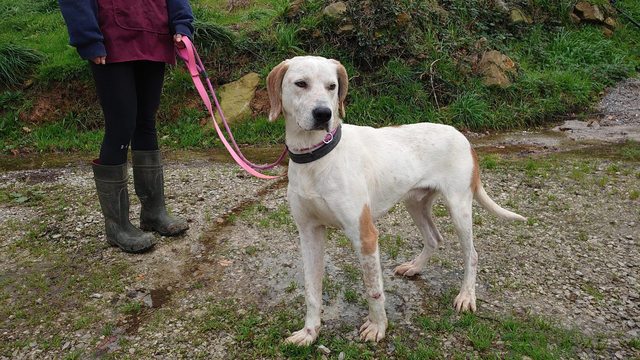 He’s a strong boy, despite not having the chance to do any exercise lately. He’s also very agile and loves to run and play. Despite being strong, he walks well on his lead at the shelter and takes correction well. He’s very aware of people and likes to stay by their side at the minute. 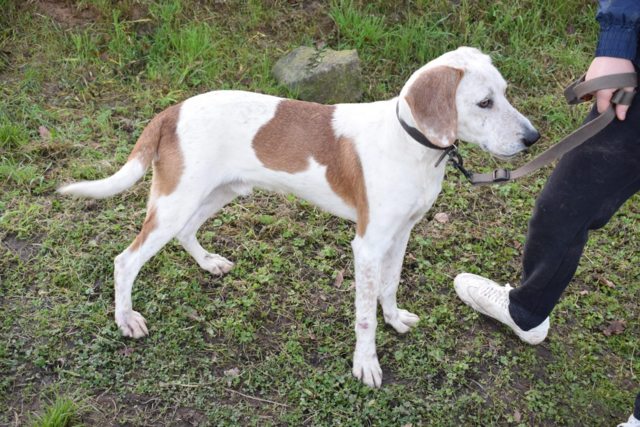 He’s very affectionate and loves to be made a fuss of. The shelter say he’s a really good boy. He’s sociable with other dogs too. He arrived at the shelter very hungry and worried that each meal was going to be his last but he’s improved a lot already. 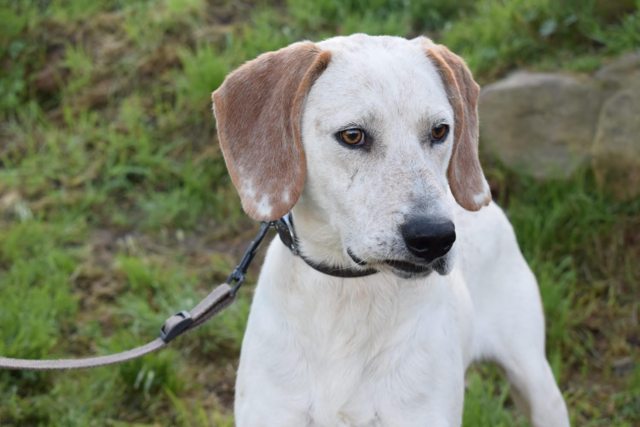 Tweet
Previous
Next
Tags:Located Outside of UK Suitable to Live With Other Dogs