Reggie is a 3-4 year old male Saluki cross Collie. He is in a home in Aberdeen, Scotland. He came over from Oman in June 2022 but his current home feels like they’re not the best match for him.

His current home has two adults and two grown-up children (in their 20’s) and two other dogs. One of the dogs is a timid female Labrador who runs the other way when Reggie tries to play with her.

The other dog is a Jack Russell Terrier who always intervenes during play and is very growly/ snappy with Reggie. Reggie has snapped back on several occasions and it’s stressful for the owners to manage. 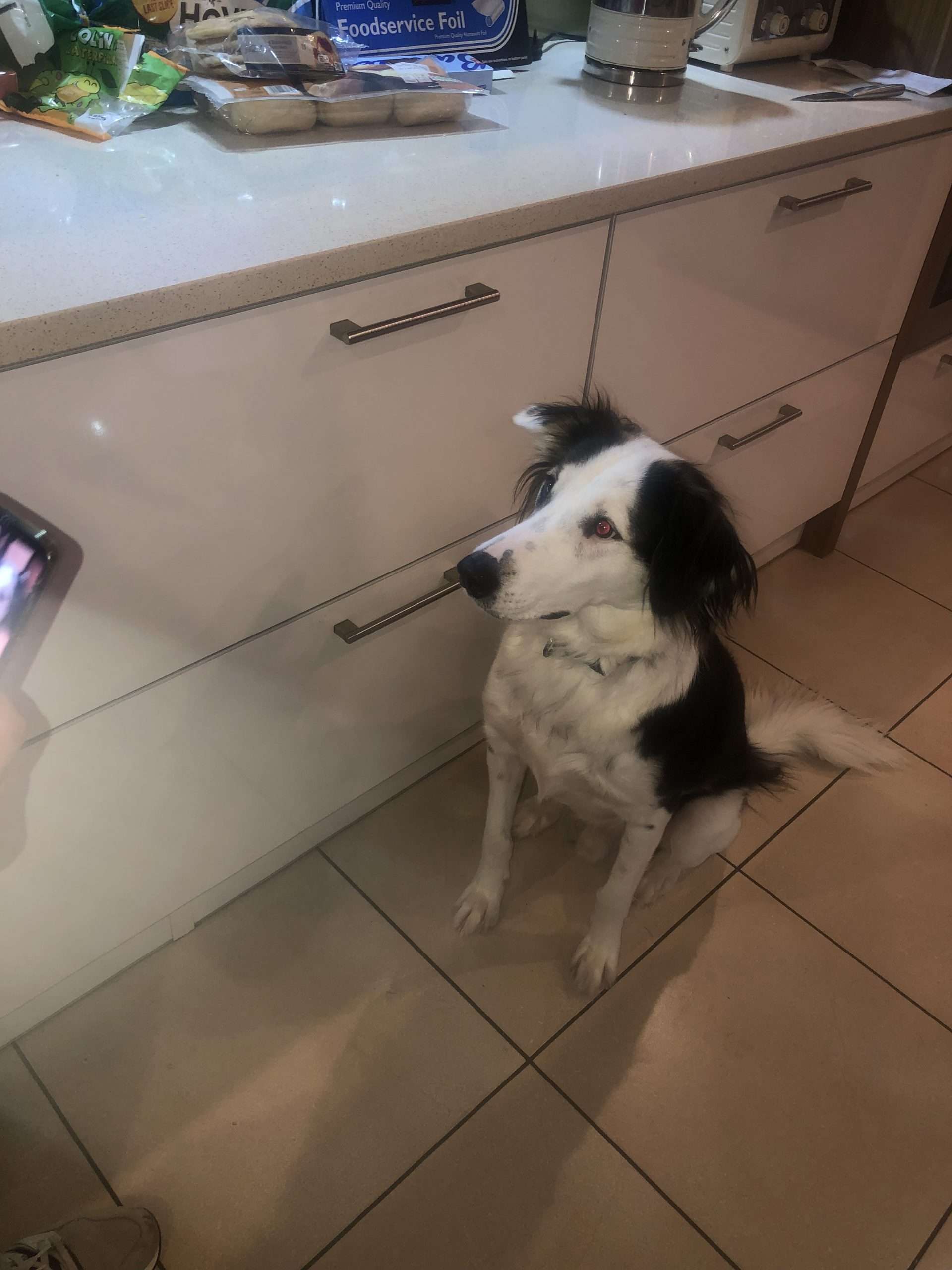 Reggie is a very friendly dog and loves all humans though he has no experience around children. Also, because he tends to jump up, a home with older children would suit Reggie best. As his current home is rural. 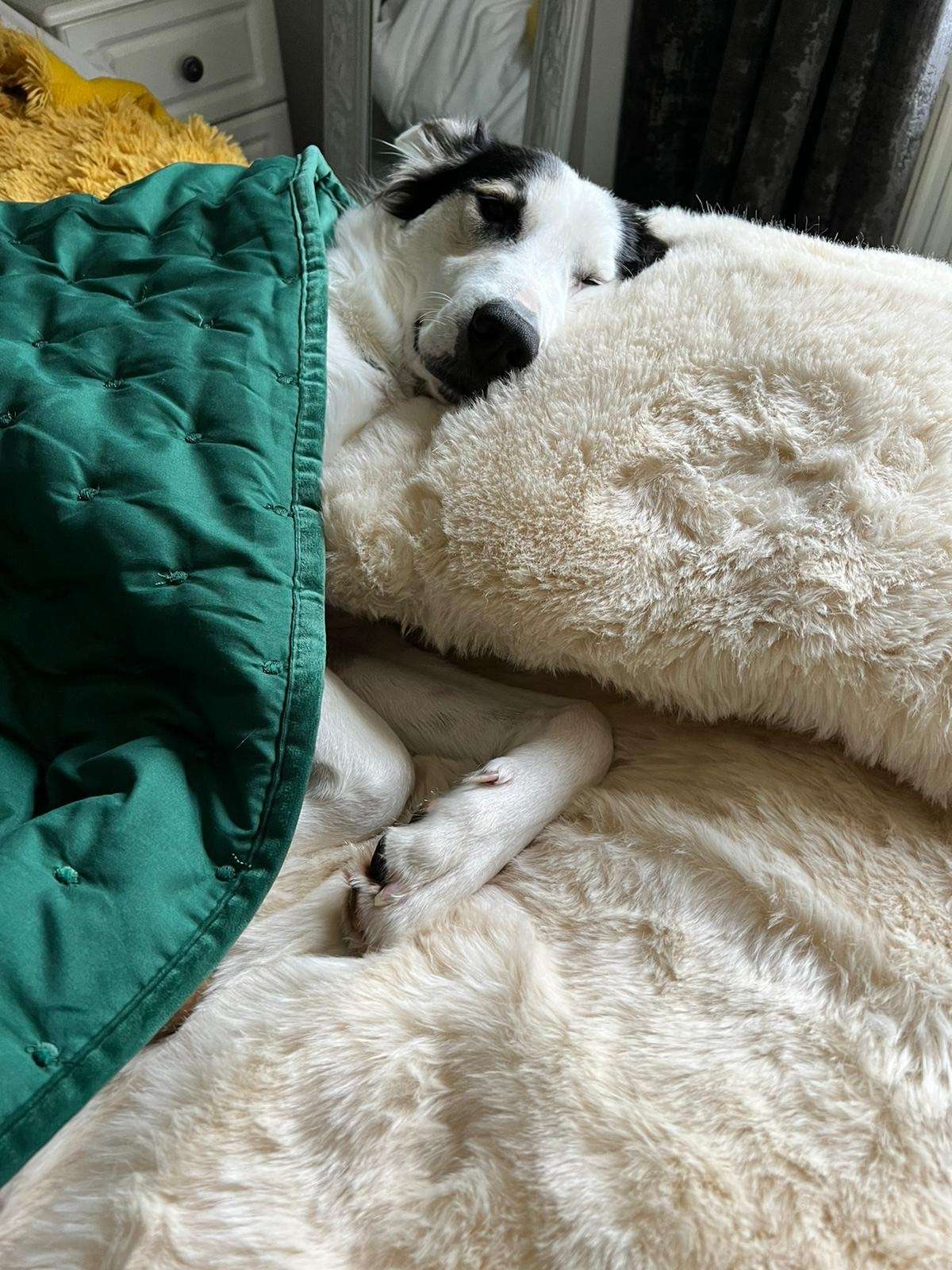 Reggie is not used to meeting other dogs on walks but the few times he has, he’s fine and unreactive. He could live with another dog as long as they matched his play and didn’t try to dominate him as the JRT does. 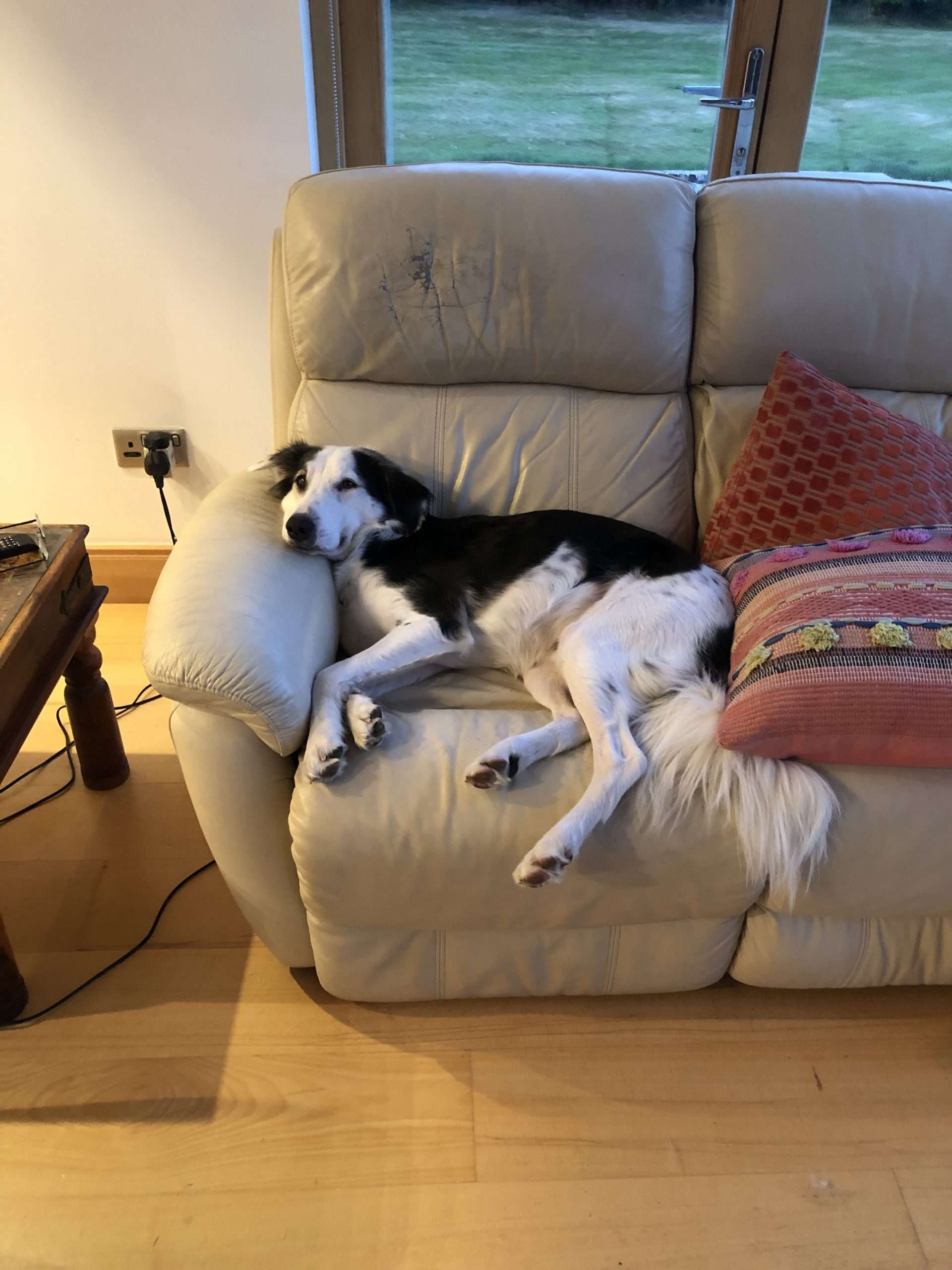 His ideal home would have a secure garden, people who can give him lots of love and attention, walks and games. He can be left, is crate trained and will happily settle in his crate. He has a medium-low energy level. Reggie is about 25-28kg, neutered and healthy.