Rex is approximately 10 year old male Cross-Breed. He has been kept on a chain his entire life. A kind lady used to go and see him and offer him some affection. For years, this lady tried to get Rex away from his horrible life but the owner wouldn’t allow her to.

One day he was released and turned out on the streets, some bigger dogs attacked him and bit him really badly, he needed treatment and the owner didn’t want to help so the lady was allowed to take him. 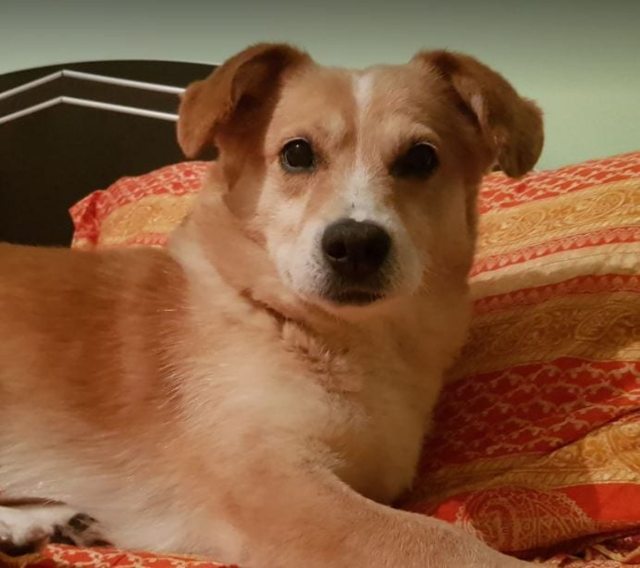 Rex is now safe in foster and his foster mum says he has so much energy, and is loving life away from the 1 meter confines of a chain. He’s such a character and if you don’t give him the attention he wants he will start speaking loudly, not barking, he just has his own way of speaking.

He is adorable! He likes to play a lot, but he also bites when playing (he’s not aggressive, it’s just the way he plays). So a family with small children would not work as he may unintentionally hurt them.

He acts like a puppy, loves life, enjoys walks and seeing new things. He is very clean in the house. He is good with other dogs, but he’s a little scared due to his lack of interaction.

For further details about adopting a dog from 1 Dog at a Time Rescue UK, please contact Kryss by emailing kryss@1dogatatimerescue.org All dogs rehomed via this rescue will be vaccinated, neutered/spayed and microchipped. Home checks apply and full post adoption support is offered.
Articles: 51