Rio is a 4 year old male Chihuahua cross Jack Russell Terrier. He was handed into rescue as he couldn’t be trusted around the toddler in the home, his owners loved him and had put up with his resource guarding behaviour but it wasnt safe for him to stay around the baby. Rio is really good on lead and loves being out & about for walks, and he is quiet and calm in the car too so he needs a home who can provide plenty of long walks. He is quiet at night, sleeping downstairs, he loves his food and would benefit on staying on the raw food diet he’s on here.

Rio needs to be the only pet in the home, he lacks confidence around other dogs and new people and he gets very snappy towards them. Needs to be introduced carefully to other dogs and to visitors and strangers. He does not want to interact with the other dogs in the home at all but he is slowly realising it’s not allowed to be aggressive to them. He is non destructive in the house and has no seperation anxiety either but he did like to scent mark a lot by cocking his leg! this will hopefully improve now he is neutered and when he doesnt have other dogs in a new home. 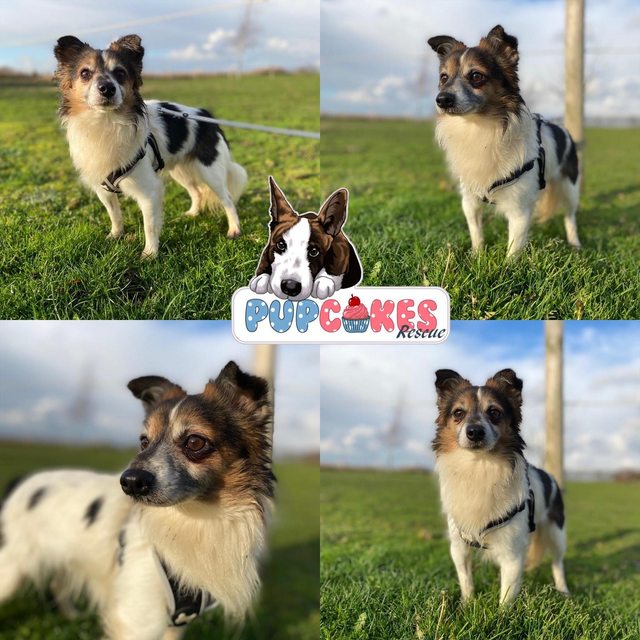 Rio will resource guards his bed, toys and his person from other dogs though, growling and then snapping at them. In a home on his own he could absolutely have toys again and he loves to play with a ball and cuddly toys but owners must be aware that he can still guard sofa’s and people in a new home and this needs to be managed properly or he will bite. We don’t allow him to guard us by immediately removing him away from us, via a firm voice or a slip lead if needed.

Rio does lack in manners and does tend to just leap on you whenever he wants. He is learning thats not allowed though. He has to wait and be asked up to sit, its important he has direction and boundaries as he has been allowed to rule the roost previously and do what he wants. His previous owner reported they sat on one sofa and him on another otherwise they got bitten! He tried it with us when he first arrived but we showed him that we would not be bullied in a calm and gentle way and showed him he wouldnt be hurt or anything bad happen and he has now respected that with her and hasnt tried it again so its KEY that he is handled in an appropriate way in his new home. His confidence has grown in being in the garden but he still often needs firm enouragement to go out using a slip lead.

Because he was allowed to do as he wanted in his previous home he will often ignore simple instructions. Initialy this would have been anxiety based as he is quite an insecure little fella, but is now a learned behaviour and its proving difficult for him to adjust so this will be a work in progress. You have to be quite firm in your tone of voice with him at times and he will often start growling if he doesnt want to do something. He will sometimes look for somewhere to hide away. He will then snap if pushed further but it will not benefit him if you back down and leave him to his own devices. We use a slip lead, very quietly & calmly, to get him to follow her instructions which is then rewarded.

We have been doing some basic training with him on a 1-1 basis, he is bright and a quick learner and enjoys getting treat rewards.

He would benefit from dog training classes, possibly even agility, and could then also have some socialisation with other dogs in a controlled environment. He is definately a work in progress but despite all the negatives he is a very loving little boy. He likes to curl up next to you and loves a fuss and stroke. He likes to be gently brushed and is quite calm on the grooming table. He has had a bath, blow dry and trim here with no worries.

Homes with children or regularly visiting children of any age cannot be considered.