Riza is a 5 year old female Cross-Breed. She is a lively lady, weighing in at approximately 30kg, who is very bouncy and acts younger than her age. She is currently living in a foster home in Malvern, Worcestershire, provided by Bid to Save a Stray. According to Riza’s passport, she is 15 years old but her energy level and healthy teeth suggest that she is more like 8 years old. 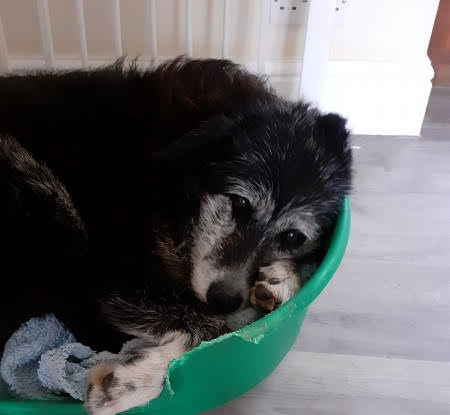 This can be discussed with any potential adopters. She is affectionate and likes a lot of attention from her humans. She would prefer a home as an only dog so she can get all the attention she deserves and with an active couple who will take her for long countryside walks. She’s not been used to road traffic and she is getting used to this but fast cars going past her does upset her. 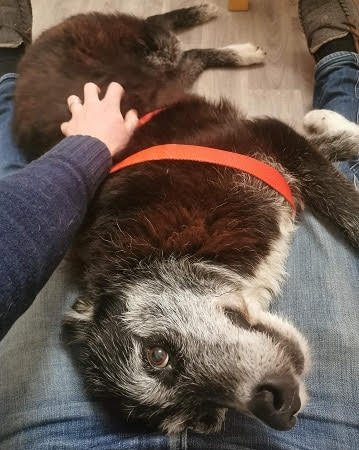 She is good on a lead and walks really nicely. She really enjoys her walks and loves to run. She is not a fan of cats and, due to her level of boisterous energy, a home with children is not advisable. Riza settles really well when she is left on her own. She does show fear of new things and cowers as thinks she is going to be hurt, but she has improved with this as she has settled and gained in confidence.

For further details about adopting a dog from Bid to Save a Stray
please email roz_mears@yahoo.co.uk or telephone 01484 604289.

Bid to Save a Stray / Friends of Targoviste Rescued Dogs works primarily with a private Romanian shelter to re-home dogs throughout UK and Europe who have been rescued from the brutal Public Shelters of Romania. We nurse, care for and nurture damaged and injured dogs until they are well enough to be re-homed. We educate potential adopters on good animal care and offer a full back up service to all our adopters.

Please note this rescue will microchip, vaccinate and spay/neuter all dogs before rehoming. A home check and donation fee applies.