“Hi, my name is Rocky! I am a 7 year old male English Setter. I was rescued from my hunter very quickly as some kind people were worried about what might happen to me if they left me there! They said they could see my life’s story in my eyes. I’m at a lovely shelter now and I’m told that it’s the SeBPRA supporters I have to thank for that! 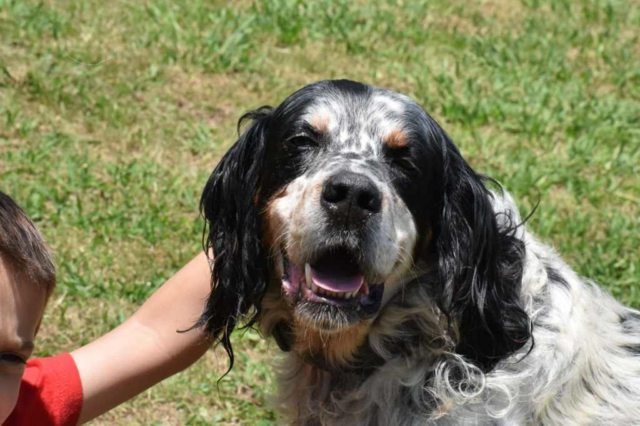 I’ve been there a while now though and people tell me I’m not getting much interest which I can’t understand. I see all my friends leave on these big exciting trips to go to their new homes with a proper family but I get left behind each time. I think it might be my age, you see, I’m 7 now but I don’t feel it! I’d like to think I’m past that annoying puppy age (you all now what I mean!!) but I still have so much more to give and I can keep up with the young ones with ease! 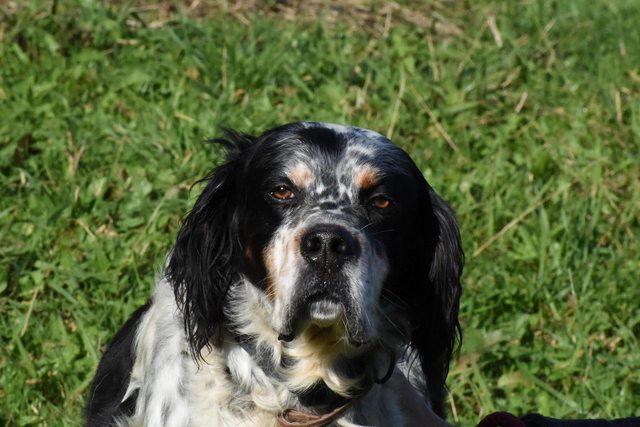 I do protect my food because I’m used to being starved and I’m scared I won’t get another meal again so the lovely ladies looking after me feed me separately so I can learn I’m safe when I’m eating. I think I’ll get used to it in time but I’d like a safe space away from other dogs in my new home for dinner time. 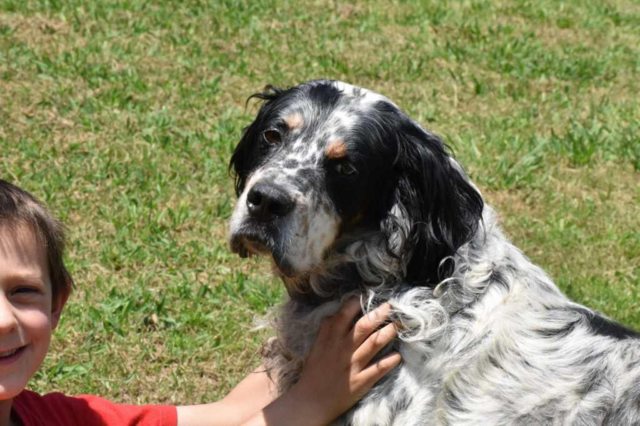 Actually, they think I would make a great only dog which many of my friends would struggle with. I used to live alone with my hunter so I’m used to my own company but I do love humans so I’d like a home where I’m not left alone all day. If I was lucky enough to get a new family, I promise I’ll repay them with lots of cuddles and affection and love them forever” 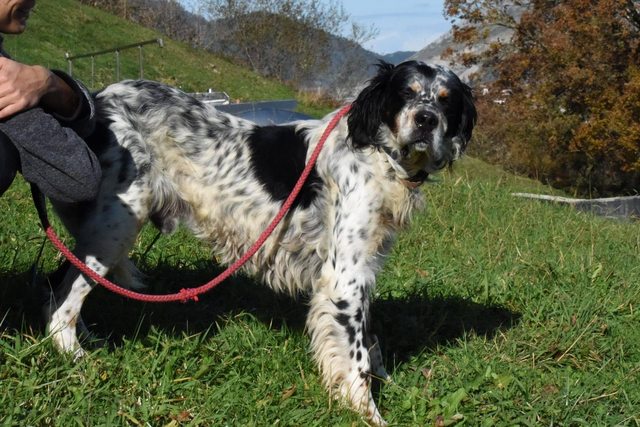 We were asked to help Rocky who lived alone with a hunter and was unwanted we were told and needed to be removed fast. They sent us a video of him with his setter owner and it broke our hearts to see his eyes, he just looked so shut down. He is now at Conchi’s shelter, financed by the kind people who donate ever month. 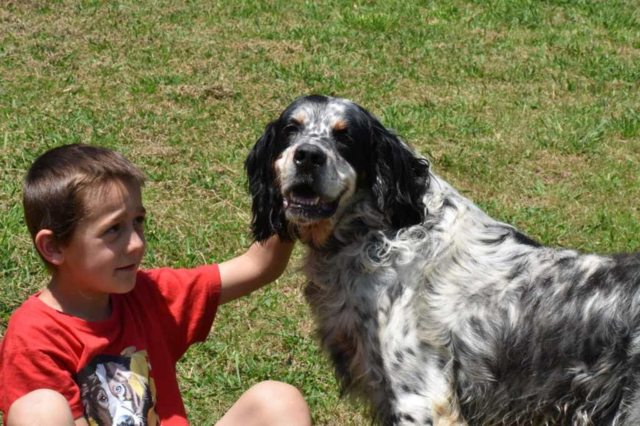 When he first arrived, he wasn’t sure if people should be trusted after what life has taught him so far but he changed his mind almost completely and loves human company now. He loves to run and has a lot of fun in the outside area at the shelter. When you call him, he comes running over looking for a fuss. He’s quite a big boy for a working setter and strong on his lead so needs somebody who can handle him while he learns to walk nicely. 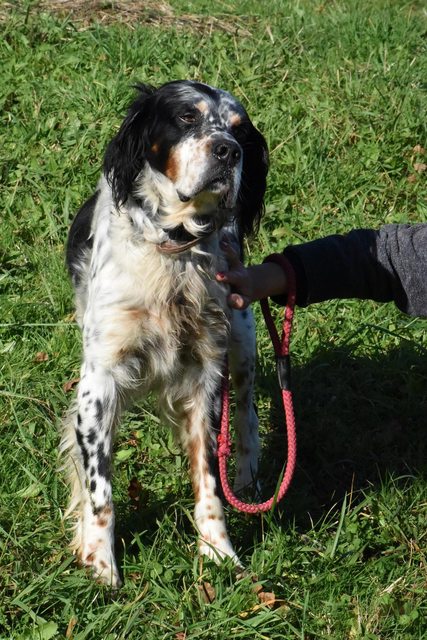 I really like people and love a good cuddle! Nothing makes me happier! They say I’m also quite well behaved but I could have told them to start with that I’m a good boy! I live with other dogs now, they’ve put me in a run without dominant dogs which I much prefer! When I first arrived, I was in my own run for a while until they got to know me and we had a HUGE storm one night. Now, I don’t want to ruin my street cred, but I got a little bit scared, okay fine, I was really scared! It’s okay though, I managed to find my way into the run next door and curl up with my neighbour. 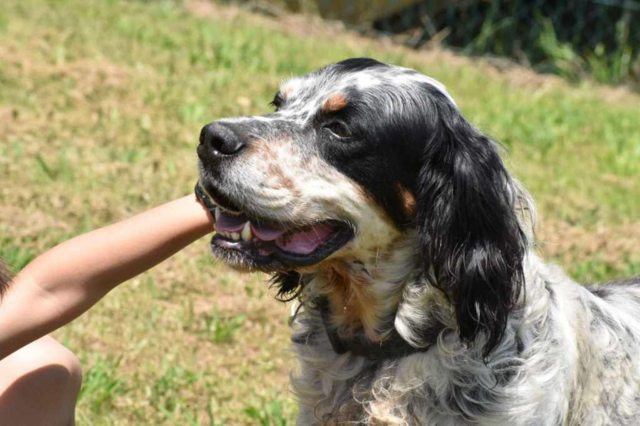 They’re not sure how I managed to do it but I’m determined! I got a cut on my leg doing it which was a bit annoying but I put on a brave face to try to make up for all that street cred I’d lost and the vet patched me up nicely the next day. That was a while ago now and I’m all fixed. I forget how I got onto this story now, oh yes! I’d like another doggy friend at home please in case we have any storms! You’ve got to be prepared for these things you know. 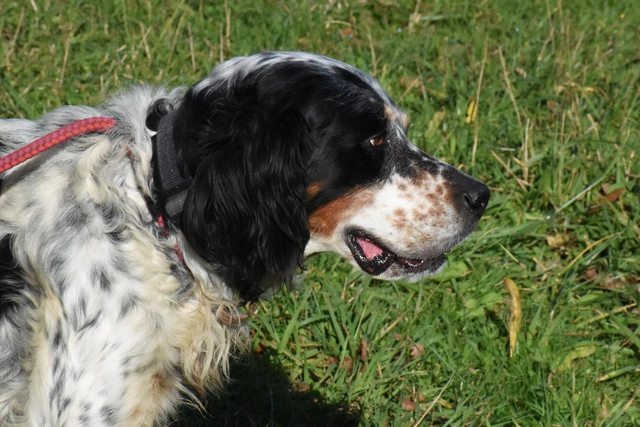 Handsome Rex belonged to a hunter in Spain who got a job in Germany. A friend offered to take him but he didn’t hit it off with a couple of his dominant male dogs so he asked if we could help. Rex is now in Conchi’s shelter, financed by the kind people who make monthly donations. When he first arrived, he was very anxious around his food and was very keen to protect it so we think he struggled to get enough food when he was with his hunter. He was improved a lot in the shelter and will improve even more with time once he realises he doesn’t need to worry about where his next meal will come from. 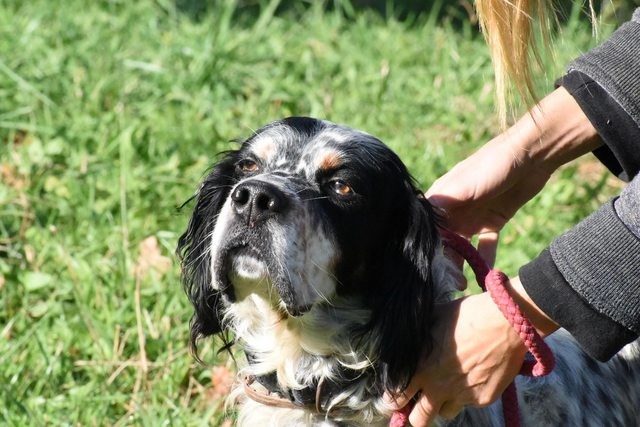 He’s sharing a run with Lola the Vizsla at the minute. He gets on well with female dogs and would be an ideal companion to a female or as an only dog with plenty of human company. He’s an active dog and he loves to run outside at the shelter. He’s also very affectionate with people, he’s a really lovely boy.